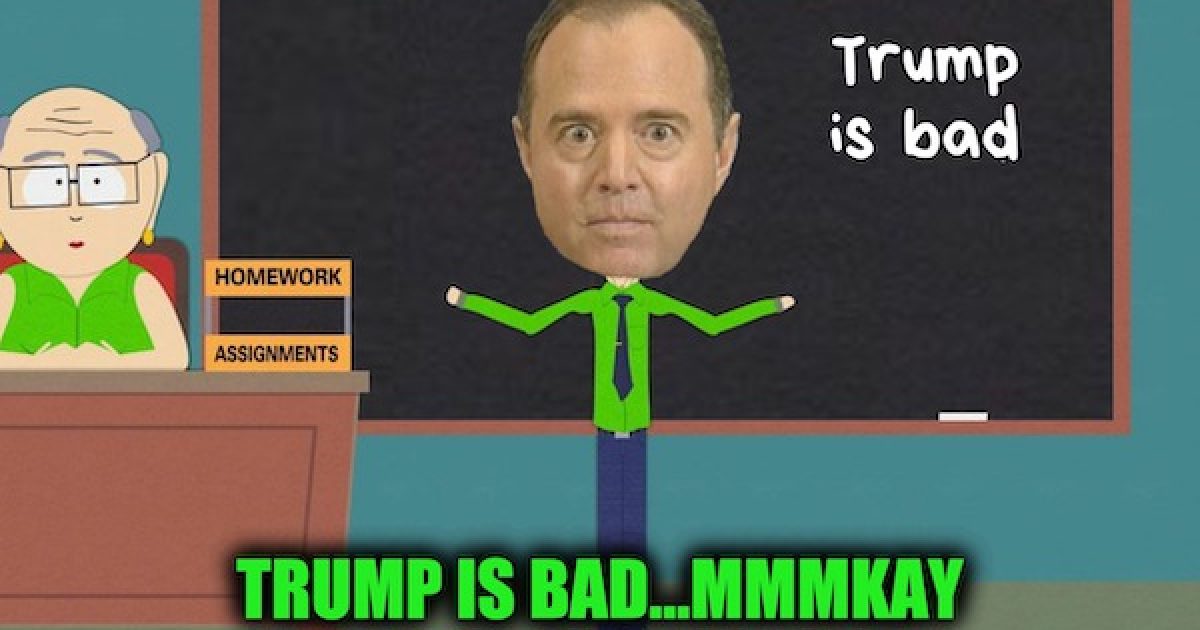 In a letter sent to Rep. Adam Schiff, the California Democrat running the sham impeachment coup against Donald Trump, House Republicans demanded he follows House rules and gives them a day to call their own witnesses.

The letter reads, in part:

Although Speaker Pelosi promised that Democrats would “treat the President with fairness,” you have repeatedly prevented Republicans from fully and fairly examining issues central to the Democrats’ “impeachment inquiry.” Therefore … we the undersigned Republican Members of the Permanent Select Committee on Intelligence, exercise our right to convene a hearing with witnesses selected by the Minority [Republicans] to testify in the Democrats’ “impeachment inquiry.”

As the Committee continues to conduct the Democrats’ partisan and one-sided “impeachment inquiry,” there are still important perspectives and serious issues that you have prevented the Committee from examining. We will inform you of the witnesses we intend to call once you have provided a hearing date and time to which we agree. Your failure to schedule this hearing shall constitute evidence of your denied of fundamental fairness and due process.

“Chairman Adam Schiff has repeatedly denied fundamental fairness and due process throughout the course of this sham impeachment,” House Republican Leader Kevin McCarthy said on Twitter.  “RT if you agree that he should stop blocking important witnesses from testifying.”

Chairman Adam Schiff has repeatedly denied fundamental fairness and due process throughout the course of this sham impeachment.

RT if you agree that he should stop blocking important witnesses from testifying. pic.twitter.com/TyFWxpzFwm

McCarthy cited House Rule XI, Clause 2(j)(1), The Minority Witness Rule:– The Minority is entitled to one additional day of related hearings at which to call their own witnesses if a majority of the Minority Members make their demand before the committee hearing is gaveled closed.

The rule was not struck when Pelosi and her fellow conspirators crafted the rules for the hearings. Oops.

Will the bug-eyed BSing Barrister of Burbank, Schiff follow the rules?  We’re not going to hold our breath…

The full letter is below. 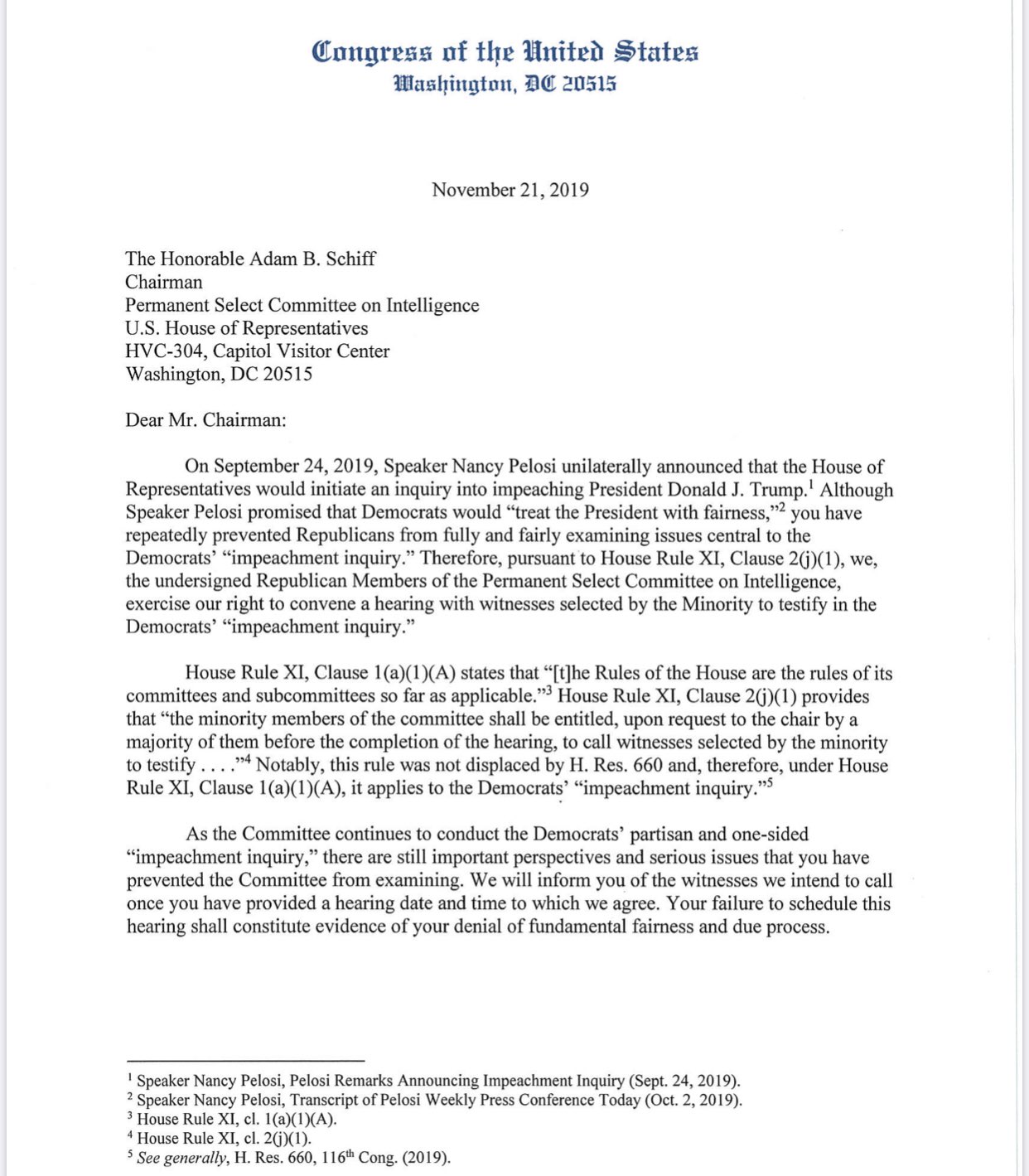