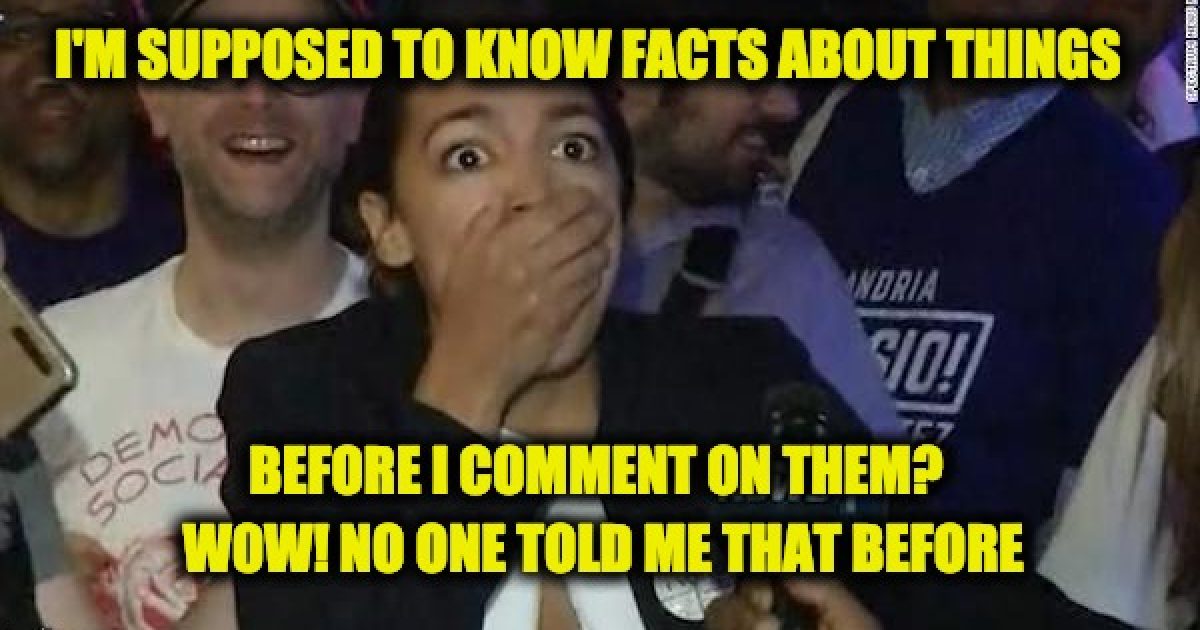 Press Secretary Sarah Sanders reacted to the ignorant comments made by freshman congresswoman Alexandria Ocasio-Cortez, with a giggle and a put-down. I don’t think we’re going to listen to [Ocasio-Cortez] on much of anything, she told Sean Hannity.

The “much of anything,” Ms. Sanders was speaking about was Ocasio-Cortez’s comments at Martin Luther King Day event on Monday and claimed that climate change constituted “our World War II.”  Then she told us we only have a dozen years to live.

“Millennials and people, you know, Gen Z and all these folks that will come after us are looking up and we’re like: ‘The world is gonna end in 12 years if we don’t address climate change and your biggest issue is, how are we gonna pay for it?'”

“I don’t think we’re going to listen to [Ocasio-Cortez] on much of anything — particularly not on matters we’re gonna leave in the hands of a much, much higher authority — and certainly, not listen to the freshman congresswoman on when the world may end, We’re focused on what’s happening in the world right now, We wish that Democrats like herself would engage in that conversation, help us fix some of the current problems we know exist, and work with us to get some things done — particularly on the border, fixing the national and humanitarian crisis.” [Note: See video below.]

Twelve-years? That reminds me back in December 2008, and again in 2009, former Vice President Al Gore said that in the next 5-7 years the Arctic Ice cap will be gone entirely during some parts of the summer. Sadly for Al and his climate change enthusiasts, the opposite has happened. I would suspect that Gore has put the Arctic on his Christmas naughty list. On the bright side, I doubt very highly the former vice-president put coal in the stockings of anyone on his naughty list.

The blue line in the graph below shows that the Arctic Ice in 2018 was actually higher than the average of the past eleven years (black line).

Beyond the scaremongering by the former VP and the freshman member of Congress, there is a very long list of predictions of an environmental-caused end of the world since 1864.  The projections have become more frequent since the Climate Change hypothesis/international redistribution of income plan has become popular. My friend Marc Morano’s book “The Politically Incorrect Guide to Climate Change,” devotes an entire chapter to the long and silly history of climate tipping points, beginning in 1864!  But he gives a preview of the section on his site Climate Depot.(which IMHO is the best site focusing on the truth about the climate change hypothesis),

We have experienced many examples of Alexandria Ocasio-Cortez, giving opinions about what she knows very little about, this is just one more example of her bloviating without information. So feel free to schedule vacations for 2031 and after because the world is not going to end on 12 years.