Sanders’ Staff Is Feeling Berned: No $15 Per Hour Minimum Wage For Them 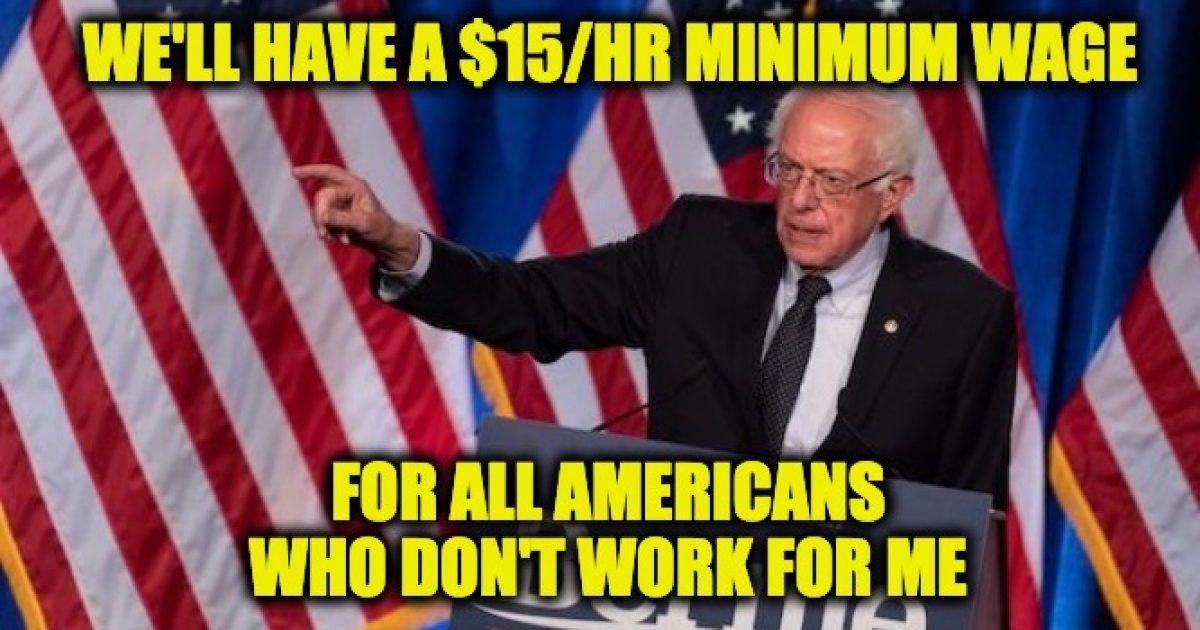 Bernie Sanders platform includes pushing for states to raise their minimum wage to $15 an hour. But he is refusing to pay his own staff what he calls a living wage.

Sanders’ campaign staff are speaking out and telling the media that some staffers who are not in top positions aren’t even making the minimum $15 wage, the Washington Post reported Friday.

Some of Bernie’s operatives reportedly belong to a unionized group called “field organizers.” But Bernie appears to be paying these staffers only $13 an hour.

“Many field staffers are barely managing to survive financially, which is severely impacting our team’s productivity and morale,” the workers said in a letter sent to campaign manager Faiz Shakir. “Some field organizers have already left the campaign as a result.”

But, according to the New York Post, staffers are in the same boat as those workers that Sanders claims he is working for:

Field organizers, often 20-something-year-olds who uproot their lives and spend long days on the front lines of the campaign, are paid a set annual salary of $36,000, while interns and canvassers make $15 an hour and bargaining unit deputies rake in $100,000 a year, according to the collective bargaining agreement.

In a draft proposal obtained by the Washington Post, the union, United Food & Commercial Workers Local 400, and the staffers it represents are pushing for a $46,800 salary for field organizers and $62,400 for regional field directors, as well as a 58-cent-per-mile reimbursement for car travel expenses.

These workers have also launched a social media campaign to try and force Sanders campaign manager Shakir to bow to their demands.

“I am struggling financially to do my job, and in my state, we’ve already had 4 people quit in the past 4 weeks because of financial struggles,” one organizer reportedly wrote.

Amusingly, the Sanders campaign is trying to brush off the whole thing saying only that they are trying to “work closely with our members and the management of the Bernie 2020 campaign to ensure all workers have dignity and respect in the workplace.”