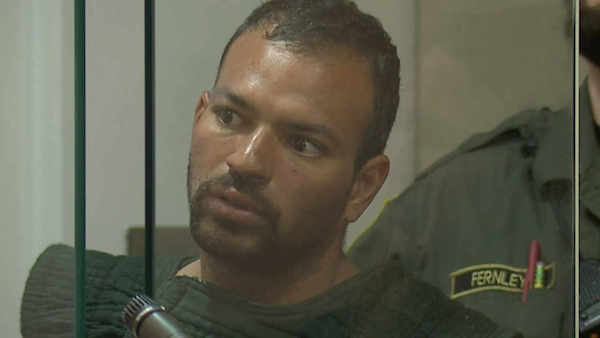 Near the end of January 2017 Portland ‘s Mayor Ted Wheeler released a statement about his city’s sanctuary status that said in part,  “Under my leadership as Mayor, the City of Portland will remain a welcoming, safe place for all people regardless of immigration status.”  I wonder how the 65-year-old woman brutally raped by deported 20-times criminal Sergio Jose Martinez or the woman he attacked in a garage the same day feel about the Mayor’s statement declaring Portland a sanctuary city.

As reported by TV Station KGW,  Sergio Jose Martinez, 31 was arrested on July 24th. He’s accused of breaking into a 65-year-old woman’s home, raping her and stealing her car, assaulting another woman and running from police.

Per court documents filed in  March 2017, Martinez has been a transient in the Portland area for more than a year and has been deported 20 times. I wonder if 20x is some kind of record.

According to Immigration and Customs Enforcement (ICE), an immigration detainer for Martinez was filed with the Multnomah County asking authorities to notify them before releasing Martinez to allow ICE to take him into custody, the detainer was ignored and he was released into the community and authorities did not notify ICE.

Earlier this year, Multnomah County leaders and Sheriff Mike Reese wrote a letter to the community saying, “The Sheriff’s Office does not hold people in county jails on ICE detainers or conduct any immigration enforcement actions.

“Prior to the July 24 arrest, Martinez’s criminal record shows a felony conviction for burglary and three misdemeanor convictions for battery, theft, and obstructing a public officer. The court document also said he told investigators in March that he has a long history of using methamphetamine and was currently using on a daily basis.

Court documents said Martinez entered the woman’s bedroom through a window that she left open due to the heat. He spoke “calmly and quietly,” ordering the woman onto the ground, where he tied her hands and feet and blindfolded her.

Martinez threatened to kill the woman while he sexually assaulted her, according to the probable cause affidavit. Before he left, he punched her in the head several times and slammed her head onto a wood floor.

Martinez left, taking the woman’s phone with him.

And later that same day, police responded to a disturbance between a man and a woman in the basement of a parking garage. It was Sergio Jose Martinez again, this time armed with a knife and assaulting a woman. assaulted the woman.

When they arrived on scene, Martinez ran from police and led them on a foot chase through the neighborhood before capturing him in a neighborhood apartment.

Portland Police Sgt. Pete Simpson said, “Very unusual. Both of these incidents appear to be stranger incidents, no connection to the victim and incredibly violent.”

What liberals such as the Portland officials refuse to admit is that laws protecting Americans against Illegal Aliens have nothing to do with immigration and everything to do “illegal.” Martinez had previous arrests for violent crimes including battery, theft, and obstructing a public officer, yet Portland decided he was somebody they wanted to protect by declaring itself a sanctuary city.

While the crime was perpetrated by Mr. Martinez he had a partner who aided and abetted him, Mayor Ted Wheeler and Multnomah County leaders including Sheriff Mike Reese. If these Portland officials obeyed the law rather than declaring themselves sanctuary cities these assaults would have never happened.

Below is the news report about Martinez and his latest crime: