Stop Calling Them Sanctuary Cities- Aiding and Abetting Criminals is NOT Holy! 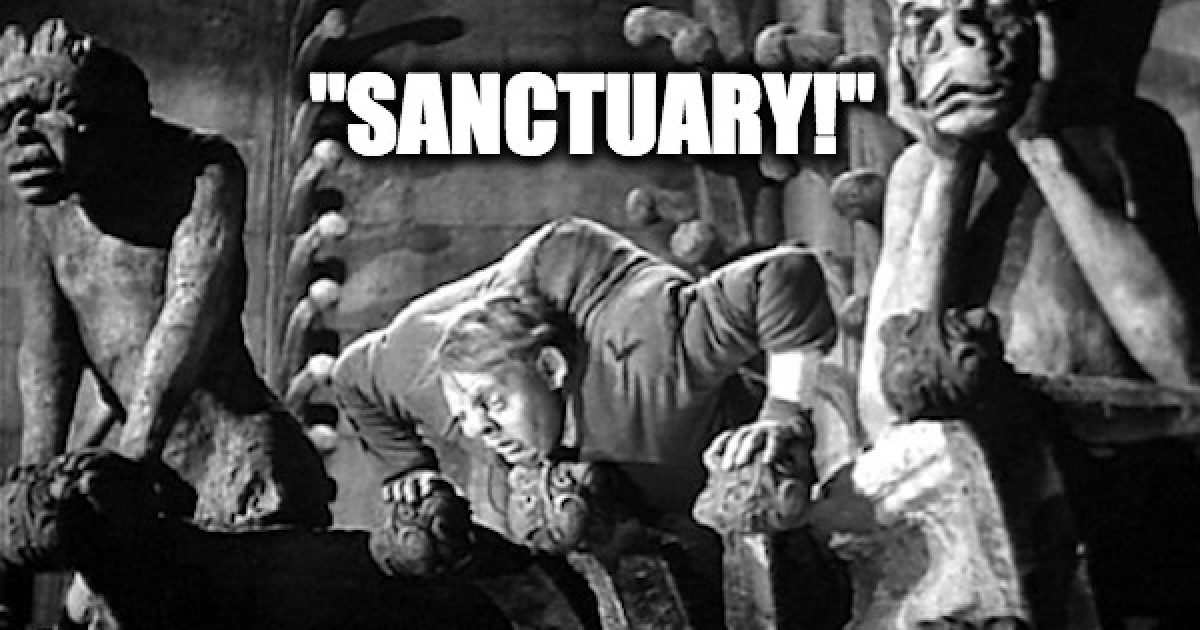 Remember when words mattered?  You know what I am talking about! When words had a meaning before they are artificially softened. The days before taxes were called revenue enhancements, before government spending of our hard-earned money was called investments, or when there were terrorists instead of militants. Back then words mattered. Sure, at times they may have been harsh sounding like when this Oscar winner is instead of the Oscar goes to. That last one gives the impression that the best picture award is just another meaningless participation trophy; “the 10th place award goes to;”

Another one of those new-fangled, softened-terms is sanctuary cities. That particular term didn’t replace another one like “undocumented alien.” It’s a relatively new term because municipalities used to act to keep criminals under lock and key, they would never consciously break the law. But cities such as Los Angeles, Chicago, NY, Seattle and others that call themselves “sanctuary cities” aren’t providing sanctuary, they are aiding and abetting criminals. In most cases violent criminals.

The original meaning of sanctuary is a sacred and/or holy place like in a church, synagogue, or some sort of shrine like the Vietnam Memorial in D.C. In medieval times, people would go to Churches (sanctuaries) to avoid unfair arrests.  That’s how the term grew to include any “safe zone,”  but in its purest form sanctuary refers to a sacred area.

Remember the Hunchback of Notre Dame when Quasimodo yells Sanctuary? He is trying to tell the people around him that he is in a holy place and shouldn’t be pursued further as its supposed to be a safe haven for people. It was considered against the law to break someone seeking asylum in a sanctuary.

Chicago calls itself a sanctuary city, but releasing violent criminals into the general populations is not a holy act.

There is no official definition of Sanctuary City, but in practice, it is a municipality which breaks the law by permitting residence by illegal immigrants. These cities also protect lawbreaking aliens by refusing to cooperate with federal authorities who are tracking them down for arrest or deportation.

Language matters, so these municipalities should be called what they are. They aren’t sanctuary cities, they are aiding and abetting cities, or harboring criminal cities.