ICE To Sanctuary Cities: We’re Coming After You 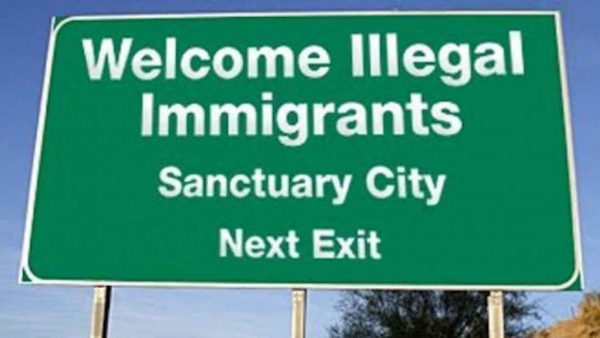 Something strange happened when Donald Trump was inaugurated as President. This giant cloud hanging over the Immigration and Customs Enforcement Agency (ICE) suddenly lifted as ICE agents were given permission to do their jobs. Now six-months into the Trump Adminstation  morale among U.S. Border Patrol agents is at an all-time high according to Brandon Judd the president of the National Border Patrol Council. And morale may be about to get better.

“In the America I grew up in, cities didn’t shield people who violated the law,” Homan told the publication. “What I want to get is a clear understanding from everybody, from the congressmen to the politicians to law enforcement to those who enter the country illegally, that ICE is open for business.”

“We’re going to enforce the laws on the books without apology, we’ll continue to prioritize what we do,” Homan continued. “But it’s not OK to violate the laws of this country anymore, you’re going to be held accountable.”

According to Homan, illegal border crossings have decreased by 70 percent under Trump and arrests inside the country have increased by 40 percent.Because of the reduction at the borders, Homan explained he can redirect some of his team toward the sanctuary cities.

From previous reports it appears that one of the reasons borders crossings are down is the people thinking about trespassing into the U.S. are afraid President Trump means what he says about cracking down on illegals.  Based on his latest moves, it is clear this president means what he says.

A New York native who took his first immigration job during the Reagan administration, Homan said that he plans to flood sanctuary cities with agents. He has been OK’d to hire 10,000 new agents and many will help track down illegals in those havens.

“The president recognizes that you’ve got to have a true interior enforcement strategy to make it uncomfortable for them,” he said.

He ripped cities like Chicago, Philadelphia, New York, and San Francisco that refuse to let ICE officers into jails to seize illegal criminals. He explained that it is much safer for ICE targets, police and citizens to make the arrest in jails than on city streets.

President Trump campaigned on cracking down on illegal immigration and stepping up border security, this is a promise being well-kept.