The Constitution WINS: SF Backs Down From NRA Is Terrorist Group Declaration 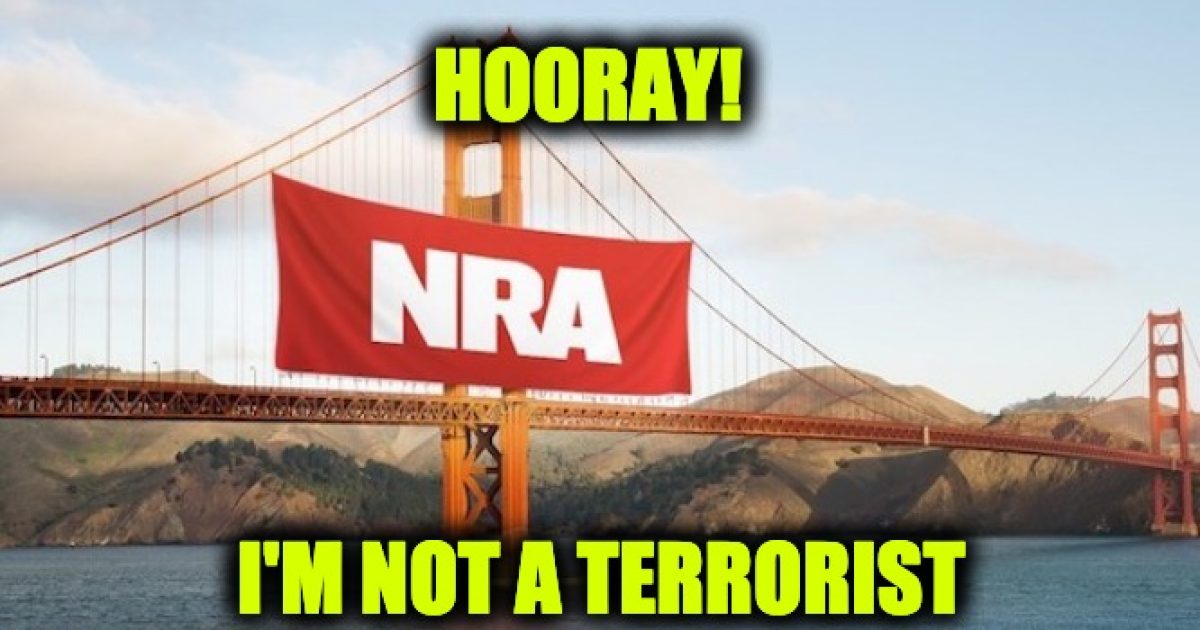 In a win for both the First and Second Amendment to the US Constitution, the far-left city of San Francisco has backed down on its effort to demonize the NRA  by “investigating” ties between the organization and contractors and vendors, a move labeled by the National Review’s David French as “a direct, viewpoint-based attack on the freedom of association of private citizens.”

On September 3, 2019, the San Francisco Board of Supervisors, which is the legislative body for the City and County of San Francisco, unanimously approved a resolution that called for the City to investigate ties between its contractors and vendors and the NRA.  The city declared the NRA was a “domestic terrorist organization.” Not surprisingly, the NRA sued.

Twenty days later San Francisco Mayor London Breed backed down.  In a formal memorandum to City officials, she declared that “no [municipal] department will take steps to restrict any contractor from doing business with the NRA or to restrict City contracting opportunities for any business that has any relationship with the NRA.”

Now that my NRA membership no longer makes me a terrorist, I feel more comfortable walking around town without being harrased by DHS.

The NRA sent out a victory press release that said in part:

“The memo serves as a clear concession and a well-deserved win for the First and Second Amendments of the United States Constitution,” says William A. Brewer III, partner at Brewer, Attorneys & Counselors and counsel for the NRA. “It is unfortunate that in today’s polarized times, some elected officials would rather silence opposing arguments than engage in good-faith debate. The NRA – America’s oldest civil rights organization – won’t stand for that.”

The NRA’s challenge to a similar ordinance in Los Angeles remains pending.  Last month, the city’s motion to dismiss was denied in its entirety by federal district judge Stephen V. Wilson, who found that the NRA had stated a clear First Amendment claim.

More than one speaker during the recent Gun Rights Policy Conference in Phoenix alluded to the San Francisco action, sarcastically referring to the audience as “terrorists.” The Board of Supervisors quickly became a laughingstock.

As noted by French in his National Review piece,

By labeling law-abiding political opponents criminal and enforcing state sanctions on that basis, San Francisco is taking the path of the banana republic. It’s blasting apart “norms” and violating fundamental American values even as many of its citizens no doubt fret about authoritarianism on the right.

The  Board of Supervisors probably still believes the NRA and its millions of law-abiding members is a terrorist organization. They will probably cling to that belief as desperately as Adam Schiff believes that lying about President Trump will lead to him being thrown out of office.

Remember the cliché, “One man’s terrorist is another man’s freedom fighter.” In the case of real terrorist organizations that cliché is BULL. But in the case of the fake labeling of the NRA and its members, the cliché is truthful.