Marxist DA Kicked Out Of Office — In San Francisco 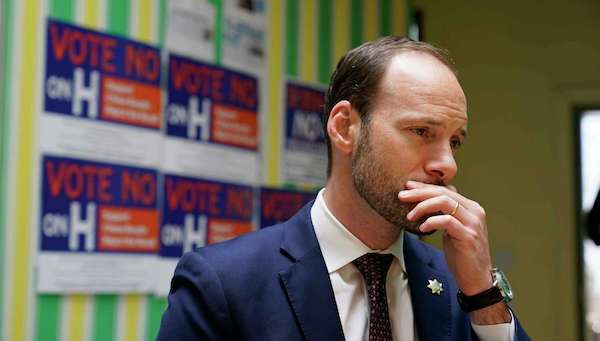 Chesa Boudin, son of convicted militant terrorists, lost his job as district attorney in an overwhelming recall that most media called moments after polls closed.

The recall of Chesa Boudin overnight is a watershed moment. It’s not just a rejection of a single DA. It’s a repudiation of the failed soft-on-crime approach that has made so many of our cities less safe. https://t.co/qq8TnzPBxm

Like in other urban setbacks for Democrats, it was minorities who led the recall, while wealthy, insular white progressives supported the status quo.

Pushback did not come from Republicans because there aren’t any. Former President Donald Trump barely obtained 10% of the vote in San Francisco last November, and Nancy Pelosi regularly receives over 80% support within the city.

Jenkins, a former homicide prosecutor who was fired by Boudin upon taking office, supported the recall and raised several million dollars toward it; she argued that Boudin was unwilling to aggressively prosecute criminals, placing residents’ safety at risk.

Others mocked the media coverage and excuses from the left.

“The media defense acts like conservatives are painting an inaccurate portrait of what Boudin’s been up to,” Abe Greenwald claimed on Monday’s Commentary Magazine podcast. “This comes from people who live there, are dissatisfied, feel unsafe, and know the lived reality. You can’t argue against that. It is literally liberals being mugged by reality.”

San Francisco Mayor London Breed will appoint a replacement for Boudin until November, when yet another election will occur to hold the job until November 2023.

Since San Franciscans probably won’t elect a Republican anytime soon, a pro-law enforcement Democrat may be a slow start to restore normalcy in what was once a thriving city.

Later this summer, the trend of dangerous radicals from top legal jobs may come to the progressive bastion of Los Angeles.