The Sick Part Is They Had To Be TOLD To Stop 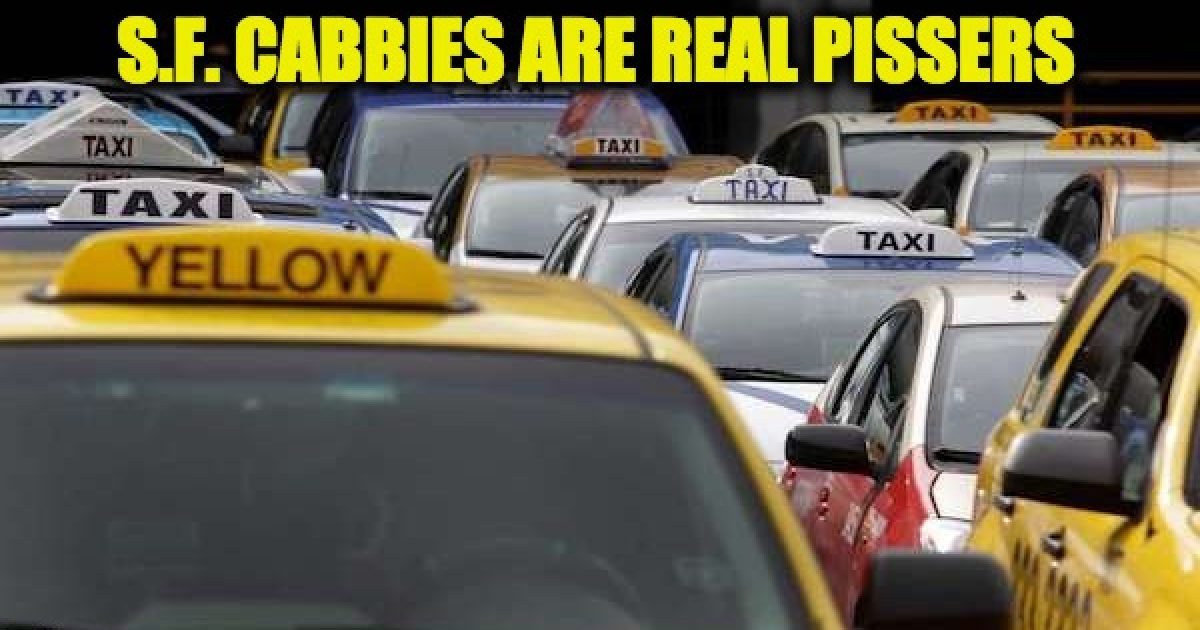 San Francisco Airport is pissed off, well actually its taxi parking lot and the back of the cabbie line is pissed on. And the airport is cracking down on cabbies who do their business outside in the lot. They wrote an open email to cabbies telling them they better stop using the parking lot as a bathroom and if they don’t comply they’ll be punished (no sh*t).

Seth Morgan, a senior transportation planner at SFO wrote the letter telling cabbies that the airport will no longer take their crap, literally.

It is believed taxi drivers are reluctant to go to the bathroom for fear of losing their place in the highly lucrative stream of cabs in the airport taxi queue. 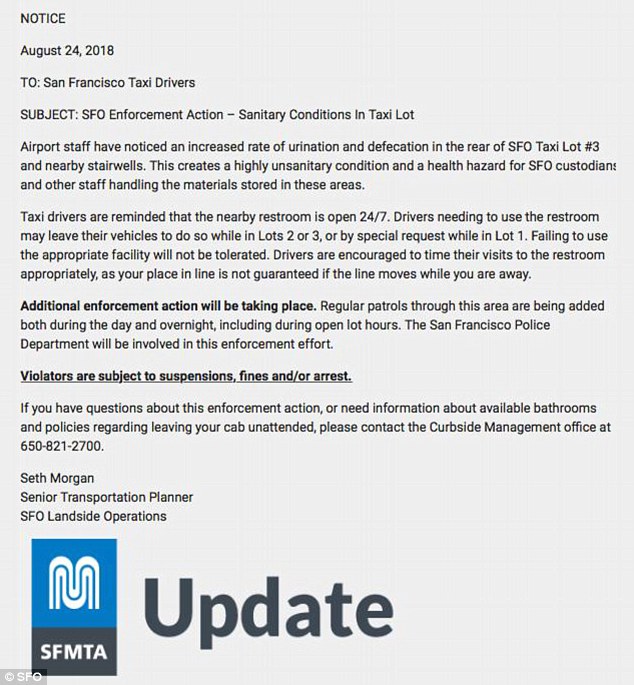 John Lazar, the former owner of Luxor Cab Co., told the San Francisco Examiner he was shocked to see the email that cabbies were leaving a deuce on in the parking lot.

“I don’t think our cab drivers are that much of a degenerate so they piss and sh*t on the streets,” Lazar said. But, he added, SFO lines are money-makers for cab drivers, so it’s easy for SFO to enforce the rules.

SFO could “say if you don’t use the bathroom, you lose your place in line,” he said.

Tariq Mehmood, a taxi driver who often organizes other drivers around industry causes, told the Examiner bathrooms are within 60 feet of the taxi lots.

“The bathroom is close enough,” he said.

Maybe it’s me, but since the time I was toilet trained almost sixty years ago, I never had to be told not to urinate or defecate outside. It kind of makes me want to take an Uber next time I am in San Francisco.

But to tell the truth who wants to go to that crappy city where people have to be TOLD to do their business inside. Just proves what years of liberal mayors can do to a city—what a bunch of turds.