And The Biden Administration Approves 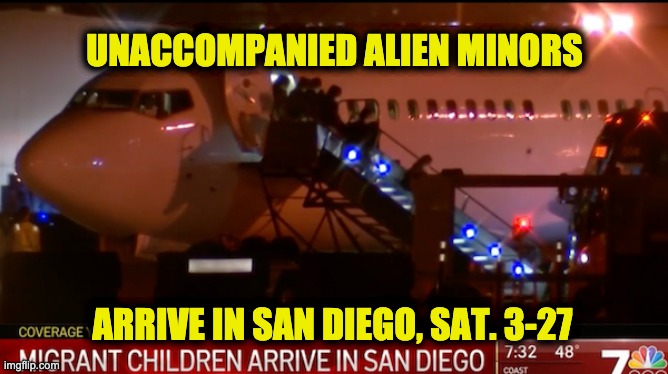 While the children of tax-payers in San Diego are forced into e-learning, children who have crossed the border illegally are getting in-person education. You can’t make this up. San Diego unaccompanied minor

The San Diego Unified School District (SDUSD) teaches’ union has insisted that it’s not “safe” for teachers to return to classrooms because of the pandemic, but it’s apparently just fine to allow children who have crossed the border with human traffickers to be taught in person.

Schools are scheduled to reopen in a hybrid model combining in-person with online learning on April 12. Still, SDUSD has shared information to their members that there are opportunities for teachers to volunteer to teach migrant children in person during Spring Break this week. It’s unclear if teachers are being paid for this volunteer opportunity.

The move is getting a lot of criticism.

“The system is broken when San Diego teachers are teaching migrant children in person, but the 100k students of taxpaying families at San Diego Unified School District are stuck learning in Zoom school,” Emily Diaz, an SDUSD parent, told Fox News in an email.

“We agree that every child deserves an in-person education, but why are taxpaying students put last? If this is a humanitarian issue then who is rescuing San Diego Unified students, because our leaders have failed them,” Diaz added.

If the union is concerned for the “safety” of the vaccinated teachers spending time in a classroom with a limited number of students, then you’d think that this move would be even more concerning, especially when one considers that out of the near five hundred kids who were moved to the convention center this past weekend (all girls), more than three dozen tested positive for COVID.

According to the Fox News report, the Biden-Harris Border Babies are being housed at the San Diego Convention Center, which seems like a rather large facility to house many children (up to 1,400). First, they had to kick out the homeless housed at the Center to prevent them from getting CoronaVirus. 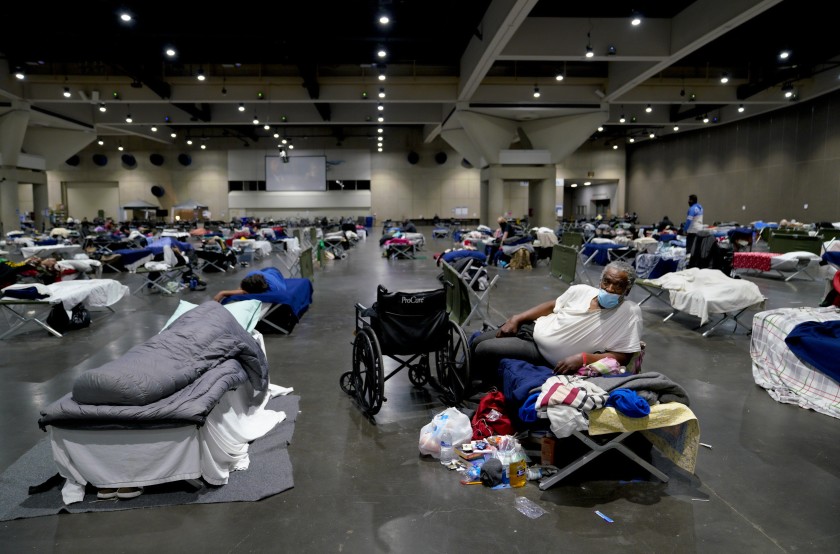 According to the San Diego County Office of Education, the program for illegal Alien minors will include “English language development and social-emotional learning.

“The San Diego County Office of Education (SDCOE) is providing the educational program for the unaccompanied migrant children who will be staying at the San Diego Convention Center through July. All children in California, regardless of immigration status, have a constitutional right to education. We also have a moral obligation to ensure a bright future for our children,” an SDCOE spokesperson told Fox News in an emailed statement…

…”For more than a year, parents and students in San Diego County have waited for educators to answer one question: When will our schools reopen with in-person instruction only? And for a year, they’ve been told to wait,” Rep. Darrell Issa, R-CA, told Fox News.

“The decision to provide in-person instruction to illegal migrants is outrageous and parents have every right to be angry.”

Back in late February, the SDUSD had to condemn the statements by one of their own who said that reopening schools after a year of “virtual learning” is akin to “white supremacy” and “slavery.” Someone, please explain how kids going back to school to learn in person to be taught by vaccinated teachers in person is like racism.

The remarks made Tuesday by Charda Bell-Fontenot, vice president of the La Mesa-Spring Valley Board of Education, were captured on video and posted on Facebook, where it received more than 15,000 views. Bell-Fontenot, who is black, directed her comments toward her colleagues, who are white and Hispanic, in a testy exchange during a virtual board meeting. Ultimately the board voted 4-1 vote in favor of reopening schools on April 19.

“We can’t just say that kids can go back in the classroom, and there’s no vaccinated teachers willing to do that,” Bell-Fontenot said. “How are we forcing people — that seems like a very white supremacist ideology to force people to comply with …You are thinking about one type of family when you are speaking right now. Privilege. Check it, you guys!”

It’s important to note that Bell-Fontenot was talking about teachers who have been vaccinated.

So, in-person teaching for the children that live in the school district is “white supremacy” and “slavery” but doing precisely the same thing for children that are sent across the border alone and handed over to paid human traffickers that treat them like cattle, some of whom have COVID-19 is just fine? That is seriously messed up!

We are begging [California Gov.] Newsom and the U.S. Department of Education, where our superintendent is going – rescue us! This is an SOS. They must mandate 5 days of in-person learning for all students,” Diaz, the SDUSD parent, told Fox News.

“Fourteen percent of our district are students with disabilities and 23% are English Language Learners. San Diego Unified took in millions of dollars in relief funding to bring them back at the beginning of the school year but only 6000 are in-person today and we have no idea how that money was used,” she added.

“What is happening right now is immoral.”

The move is being lambasted on social media.

Children of illegal aliens will get in-person learning, and you're a racist white privileged person for paying taxes and expecting teachers to do the same for your kids. https://t.co/4A2UnNTAxJ

Democrats seem to hold illegal immigrants in higher regard than American citizens and legal immigrants. They want to give them free healthcare, free education, and a free path to citizenship, while in Democrat strongholds — big cities — there is a growing problem of homelessness, drug abuse, and crime.

But the Biden Administration defended the practice.

Psaki defends in person schooling for migrants in San Diego while residents of San Diego aren’t allowed to go to school in person. pic.twitter.com/Z5pHmyoEZU

This move by the SDUSD will only incentivize parents to make the terrible decision to send their children across the border alone. Why wouldn’t they? They’ll be housed, fed, have access to free healthcare, and now they’ll be educated, and when the time comes, they can reunite with them in the United States later, and the Biden-Harris administration is pushing for amnesty. What have they really got to lose? All they have to do is survive the trip and either pay thousands of dollars or be in the pocket of the human trafficking cartels. It seems like it’s a trade that hundreds of thousands of people a year are willing to make.

Parts of this post was First Seen at  Clash Daily