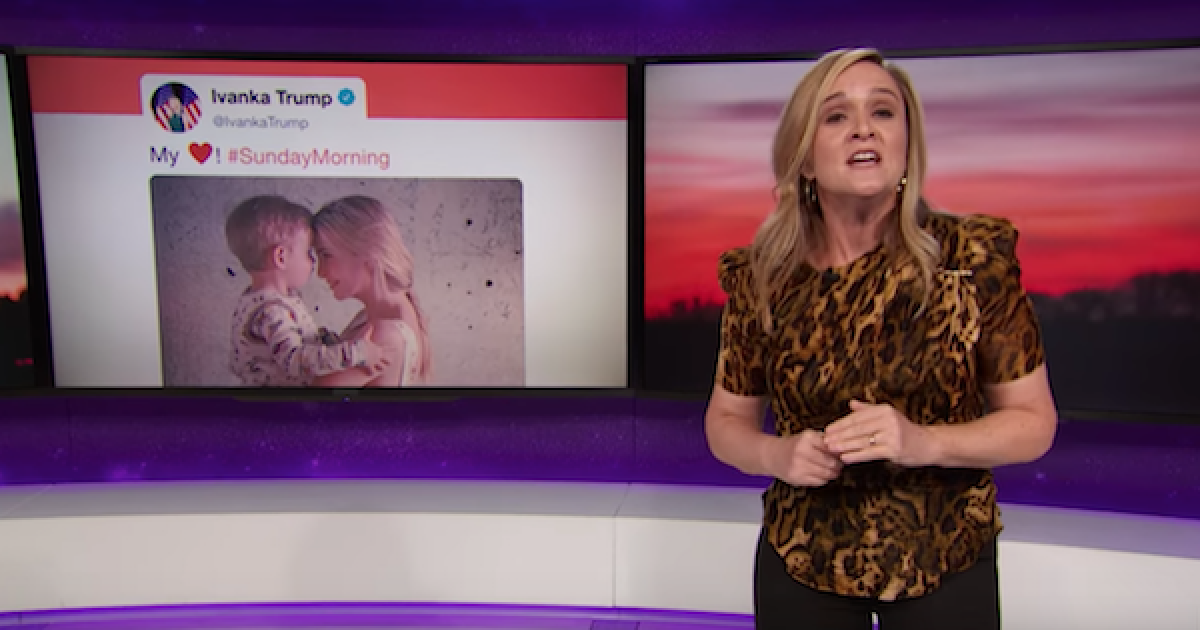 As we reported earlier, liberal hatemongers (redundant, I know) attacked Ivanka Trump after she posted a picture with her youngest child.  Not to be outdone, TBS’ Samantha Bee upped the hate meter a bit during a segment on “Full Frontal” in which the Trump-hating host referred to her as a “feckless c***” much to the delight of her audience. And she followed up with the “F” word.  This wasn’t done via tweet, this was done on the air.

“We’re going to talk about racism, and I just popped an Ambien, so buck up everyone!” Bee said, taking a shot at Roseanne Barr. “Believe it or not, something even more important was on Twitter this week.”

Bee launched into talking about immigration issues and even admitted that Trump was “half right” when he blamed the Democrats for the immigration policy issues that the U.S. faces.

“So now, after decades of ignoring the issue, Americans are finally paying attention,” Bee said.

Bee then transitioned into attacking Ivanka Trump for posting a picture on Twitter of her holding her child while the media was claiming the Trump Administration was cruelly separating children from their parents.

“Ivanka Trump, who works at the White House, chose to post the second most oblivious tweet we’ve seen this week,” Bee said, referring to this tweet, a beautiful picture of mother and child.

After decades of ignoring the issue [illegal immigrant’s children], Americans are finally paying attention well most of us. Ivanka Trump who works at the White House chose to post the second most oblivious tweet we’ve seen. You know Ivanka that’s a beautiful photo of you and your child but let me just say one mother to another do something about your dad’s immigration practices you feckless c**t and tell your father to f**king stop it tell him that was an Obama thing and see how it goes okay.

America was not pleased:

Why? Because Ivanka hugged her son

This creature is beneath contempt.pic.twitter.com/pogFqsVwwj

I think these people realize that if they don’t say outrageously stupid stuff…most of us will never hear of them.

And why hasn’t @TBSNetwork fired @iamsambee for those comments? Why aren’t the feminists outraged by the use of that word? Because liberal women can call other women nasty names and it’s called comedy. Double standards.

Granted, they do seem to make it easier for sane people to decide which party to support, but one should never take anything for granted.

Parts of this post was initially seen at Conservative Firing Line

Advertisers have begun to drop out,

So Samatha Bee tries to save her show:

I would like to sincerely apologize to Ivanka Trump and to my viewers for using an expletive on my show to describe her last night. It was inappropriate and inexcusable. I crossed a line, and I deeply regret it.

TBS statement: “Samantha Bee has taken the right action in apologizing for the vile and inappropriate language she used about Ivanka Trump last night. Those words should not have been aired. It was our mistake too, and we regret it.”