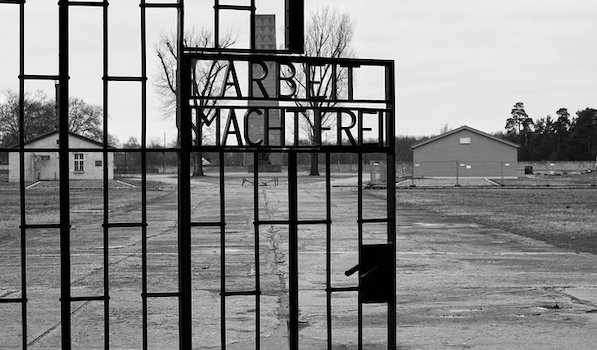 Certain crimes in this world are not diminished by the passage of time.  They are tragedies and travesties both, and they remain actionable until the very last person to speak the horror has passed on. These crimes could include terrorism, human trafficking, pedophilia, and genocide.  There is no statute of limitations here.  There’s no safe harbor for these criminals, and they will be sought after until there is nothing left of them to be found. Sachsenhausen camp

In Germany this week, the world took a stand for what’s right, even when the criminal is 100-years-old and 70 years removed from the crime.

German prosecutors have charged a 100-year-old man with 3,518 counts of accessory to murder on allegations he served during the second world war as a Nazi SS guard at a concentration camp on the outskirts of Berlin.

The man is alleged to have worked at the Sachsenhausen camp between 1942 and 1945 as an enlisted member of the Nazi party’s paramilitary wing, said Cyrill Klement, who led the investigation of the centenarian for the Neuruppin prosecutors’ office.

The man’s name was not released, in line with German privacy laws. Despite his advanced age, the suspect is considered fit enough to stand trial, though accommodations may have to be made to limit how many hours a day the court is in session, according to Klement.

Sachsenhausen was notorious for the medical experiments carried out there and was considered a template for the gas chambers and crematoria that were later carried out at Auschwitz in Poland. Even words on the front gate, “Arbeit Macht Frei” (work will set you free) was the same words used at Auschwitz.

SS doctors conducted around 40 different types of experiments, including sterilizations, castrations, experimenting with hepatitis, inserting infectious material into incisions of the muscle, and testing the effects of potassium cyanide, phosphorous and other toxins on the human body. Many prisoners died as a result of such experimentation. Of those who survived, many would have serious health problems or deformities for the rest of their lives. It is unknown how many prisoners SS doctors subjected to such experiments, but as of May 1941, SS doctors had already castrated or sterilized 107 prisoners in Sachsenhausen.

And it’s been a busy month for Nazi hunters:

It comes after prosecutors in the northern town of Itzehoe announced accessory to murder charges last week against a 95-year-old woman who worked during the war as the secretary of the SS commandant of the Stutthof concentration camp. That case and the charges against the 100-year-old man both rely on recent legal precedent in Germany establishing that anyone who helped a Nazi camp function can be prosecuted for accessory to the murders committed there.

The Holocaust was the most vicious crime of the 20th century, and those involved will find no reprieve here in the 21st.

Most of this post was first seen at Liberty hub