Russian Troops Stand Up Against ‘Incompetent’ Generals in Latest Mutiny 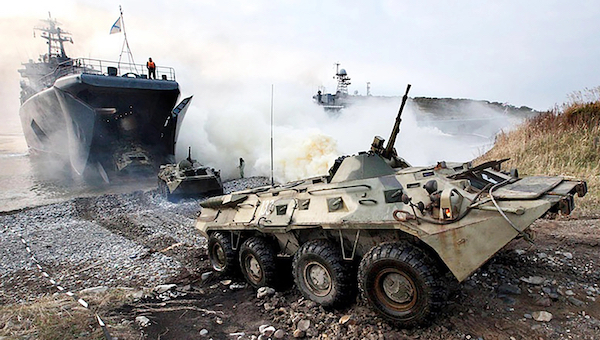 Vladimir Putin’s invasion of Ukraine has been a nonstop parade of humiliation for the Kremlin, and that doesn’t appear to be changing any time soon.

As the war slogs on through its ninth month and inching ever closer to the brutally cold Ukrainian winter, Russian soldiers continue to desert, surrender, and mutiny with alarming frequency.  The latest revolt by Russian troops has taken specific aim at “incompetent” commanding officers and the “cannon fodder” strategies they’ve employed.

Russian marines have said their ‘incompetent’ generals are treating them as ‘cannon fodder’ after their unit suffered devastating losses, with 300 men reportedly killed or wounded in four days of heavy fighting in eastern Ukraine.

Marines from Russia’s 155th Naval Infantry Brigade wrote a scathing letter to their regional governor, claiming they had lost 300 servicemen in a four-day massacre in Pavlivka thanks to the catastrophic planning of Generals Rustam Muradov and Zurab Akhmedov.

The soldiers claimed Russian commanders were ‘hiding’ the mayhem in the Donetsk region and ‘playing down the number of losses for fear of being held responsible.

The letter was scathing, to say the least:

They state in the leaked communique: ‘Yet again we were thrown into an incomprehensible attack by Generals [Rustam] Muradov and [Zurab] Akhmedov, so that Muradov could get bonuses from [chief of the general staff Valery] Gerasimov, and his promised Hero of Russia [medal].

So it was us and the Marines from Kamchatka advancing on Pavlivka.’

‘As a result of the ‘carefully planned’ attack by these ‘great commanders’ we lost about 300 people in four days, killed, wounded and missing.

‘We lost 50 per cent of our military equipment, and this was just our brigade.’

The marines added: ‘The enemy is destroying our men on the evacuation routes. Pavlivka is also lower than Ugledar, from where they attack us.’

The marines appealed to the governor: ‘How long will mediocrities like Muradov and Akhmedov plan military operations for the sake of their reports, and for receiving awards at the cost of so many lives?’

‘They don’t care about anything but themselves, they call people cannon fodder.

The troops then demanded that Putin himself be made aware of the situation and that an independent investigation be launched into the misguided missions.