Russian Troops Fall into ‘No Win’ Position in Ukraine 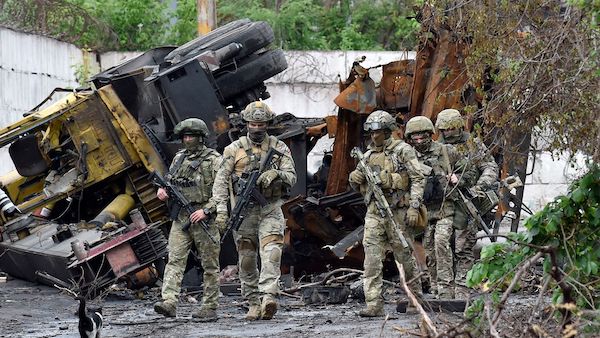 The rest of the world has long understood that Russia has found herself in an unwinnable war in Ukraine, but there are very few in the Kremlin who are willing to admit this aloud…particularly as some of Vladimir Putin’s closest confidantes continue to suffer mysterious and sudden disaster.

Now, however, it may become rather difficult for those in Moscow to keep up the charade.

Vladimir Putin is leading Russia towards revolution, making the same catastrophic military mistakes as Russia did in 1917, warns a leading pro-Kremlin war analyst.

His army is at the point of no return where he loses if it attacks and if it retreats, said Igor Strelkov, a former FSB colonel and ex-defence minister of self-styled Donetsk People’s Republic in Russian-occupied Ukraine.

‘Intelligent people have come to the conclusion that, in the current situation, Russia is in a complete Zugzwang,’ he said, in reference to a chess dilemma in which a player is put at a disadvantage because of their obligation to move.

The word is German for ‘compulsion to move’. ‘It is impossible to keep on defending because it quickly worsens [our] strategic position,’ Strelkov said. ‘And it is impossible to attack, since this is fraught with a quick military catastrophe.’

Stelkov hasn’t always been a critic.

Strelkov – real name Igor Girkin – was one of the key players in Putin seizing control of Crimea in 2014, and subjugating Ukrainian region Donetsk the same year. He has key support among army and secret services commanders below the top level.

He has long criticised the Russian leader’s current war strategy, and demanded the rushed mobilisation of one million more fighters to defeat Ukraine, as well as a clear-cut of Putin’s top commanders and defence ministers.

In his latest critique, he said: ‘There is not a word said about the Kremlin going for radical personnel changes and other necessary reforms.

Putin’s increased desperation has been rather apparent, as humiliating news about the Russian tyrant’s military failures, and his own personal health, continue to pile up.