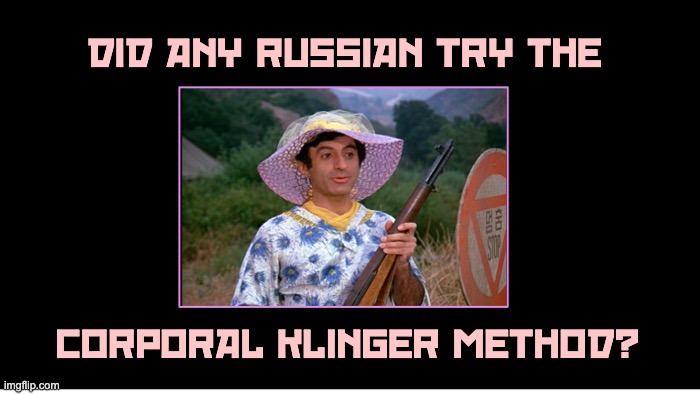 The Russian army once had a hellacious reputation, revered as one of the most fearsome and well-trained fighting forces that the world has ever seen. But, from what we’ve seen over the last few weeks in Ukraine, this reputation may have been little more than some Hollywood mirage.

Sure, they are still to be feared, but not for their tactical prowess or unparalleled military acumen. No, they have proven themselves to be cowards – two specific types.

First, there are the cowards who won’t fight fair. Those who commit rape and murder, and genocide and whose battlefield antics have already spawned over 15,000 war crime investigations.

And then there are the weeping and wailing cowards. Those who abandon their ranks, desert their comrades and do whatever it takes to get sent home…including shooting themselves with Ukrainian ammunition so they can get back home to momma.

The latest attempts by Russian soldiers to exit the war effort comes with a desperately romantic twist.

Ukraine’s Security Service on Tuesday released what it said was an intercepted phone call between a Russian soldier and his friend.

The man identified as a soldier can be heard reporting that a mutual acquaintance who’d tried to abandon the fight was not allowed to. The only way out now is to “either be wounded or killed or [for] an official withdrawal.”

But, he says, he tried unsuccessfully to find a new way out.

The soldier appeared rather upset that his misguided advances didn’t work.

“I already f***ing told one of my [female] friends, ‘F***, go submit an application to [the marriage registration office].’ I’ll f***ing tell them about it here. Shit, they said, no f***ing way, that’s not an option.”

“Everyone here is trying any possible way [to get out] … but there’s no way,” he said.

While Russia has made some temporary advancements in securing regions for itself, the overall impression of its performance has led Ukrainian officials to suggest that they will continue to work to uproot those claims in the weeks ahead.