Russia Now Executing Its Own Soldiers For… 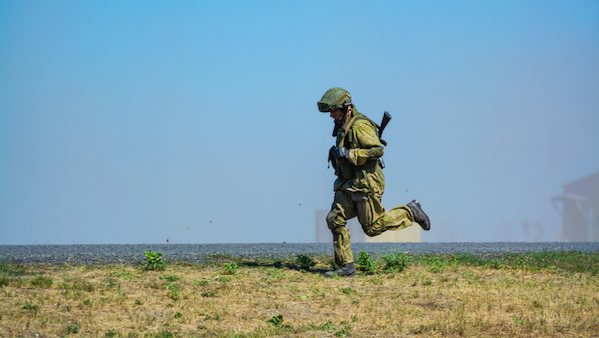 It has been terribly evident that Russia’s army is not what the world believed it to be before the invasion of Ukraine.

Fueled by Hollywood’s downright frightening depiction of the Cold War Soviet Union (and then a healthy dose of Russian bad guys in movies that came later), much of the world believed that Ukraine would be simply and swiftly trampled by Vladimir Putin’s thugs.

Instead, they witnessed scared teenagers running around with rusty AK-47s and riding in 70-year-old tanks who would cry on the phone with their mothers once they were easily captured by Ukrainian troops.

With morale continuing to plummet, the Russian army is taking an extraordinary and cruel step.

After his interview began to circulate on Ukrainian Telegram channels, independent Russian news outlet Nestka identified the individual as Vladislav Izmailov, a 26-year-old former convict from the city of Samara in Russia’s southwest.

Before revealing his experience on the front line, Izmailov said he wanted to give an interview because he “decided to tell the whole truth.”

He said, “everything turned out to be different” when he and his fellow soldiers arrived in Ukraine after a two-week training course.

“They said the death rate was low. But in fact, the mortality rate is very high. Few remain alive, and it will be difficult to make it through these six months alive, “said Izmailov.

Izmailov claimed to have been recruited by the notorious mercenary unit, the Wagner Group, on September 27, when its founder, Yevgeny Prigozhin, visited his prison.

He was offered a six-month contract in exchange for freedom and exemption from criminal punishment, and some 300 people from his colony agreed to fight in Ukraine.

Then came the most disturbing details:

When pressed on the reports that Russian men are being executed if they attempt to abandon their positions on the front line, Izmailov said he witnessed the deaths of two soldiers in his unit after they displayed fear in battle.

“In the first assault, I was the second group. The evacuation team was ahead of me. There were two people there who were just scared. Artillery worked. They were frightened – [their] first time in the war. And then these two were ‘nullified’ at the base,” Izmailov said.

“They were digging their own grave, they were simply shot and buried.”

Russia’s invasion of Ukraine has been an abject failure already, but reports like this will cement their reputation as barbarians for decades to come.