Updated With Supporting Proof The NY Times Story Was Bogus 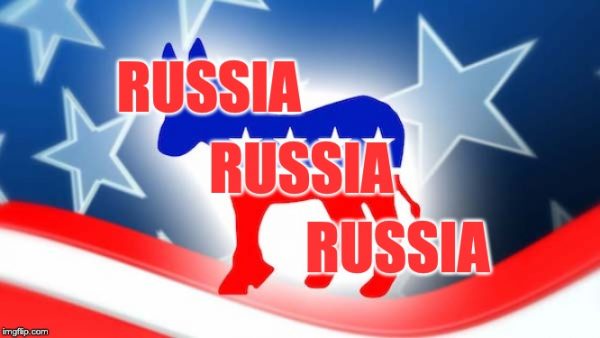 There’s a sense in which the only reason to take note of this New York Times report is that it heralds the re-upping of an “election interference” theme for 2020.  The theme isn’t likely to get much traction.  It emerges just as Richard Grenell has been appointed Acting Director of National Intelligence (DNI), a move the anti-Trump forces are roundly deploring. Russia 2020 meddling

But there’s a second legitimate reason to take note of it, which we’ll consider further below.

The report itself is written so much in the manner of the Steele dossier that it’s hard to keep a straight face.  There’s not an anti-Trump itch it doesn’t scratch; it is couched in tantalizing, reductionist prose; it leaves out information that had to be available while inserting clue-language that goads the imagination to interpolate the worst.  It has the Fusion GPS hallmark stamped all over it.

Thus, we learn in the opening sentence that “Intelligence officials warned House lawmakers last week that Russia was interfering in the 2020 campaign to try to get President Donald Trump reelected, five people familiar with the matter said, in a disclosure that angered Trump, who complained that Democrats would use it against him.”

The brief took place on 13 February, we are told.  Lest we fail to understand how incensed Trump was, NYT continues: “Trump berated Joseph Maguire, the outgoing acting director of national intelligence, for allowing it to take place. … Trump cited the presence in the briefing of Rep. Adam B. Schiff, D-Calif., who led the impeachment proceedings against him, as a particular irritant.” 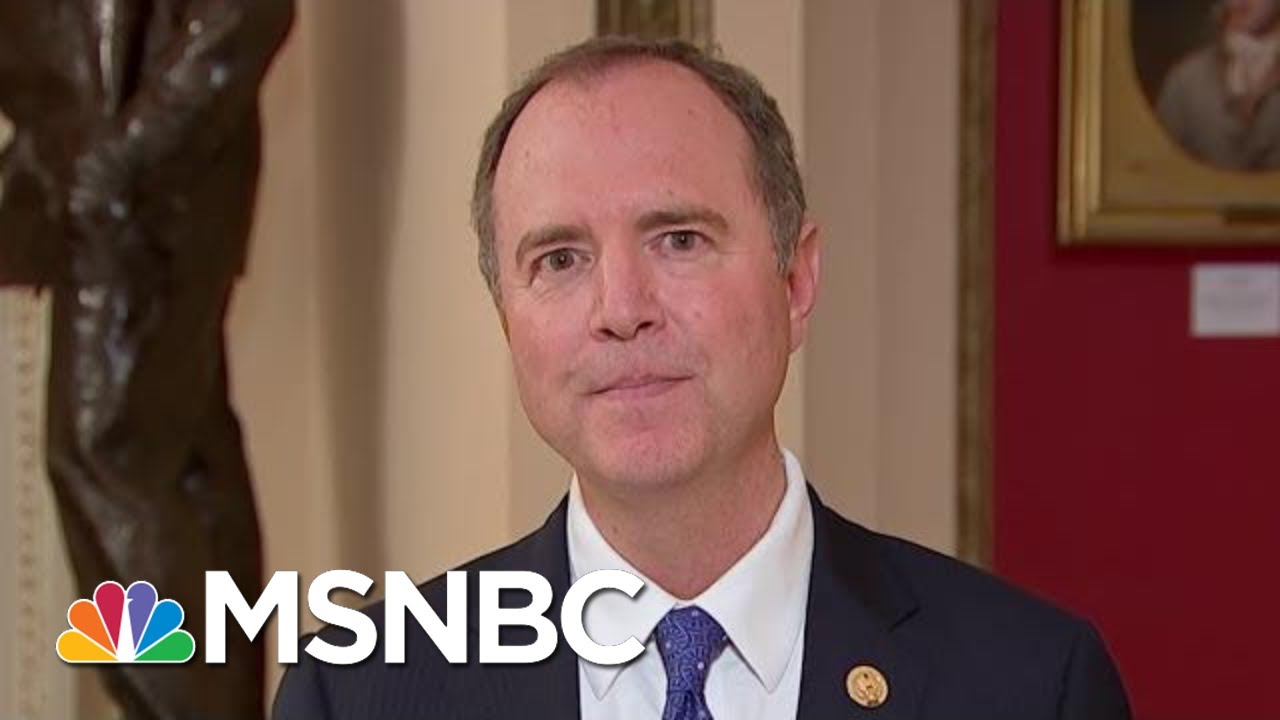 The brief was given by the DNI’s lead official on election security, Ms. Shelby Pierson.  Pierson coordinates the intelligence community’s activities supporting U.S. election security, and coordinates the IC’s contribution with the other agencies, at both the federal level (e.g., DHS and FBI) and the state and other levels.  Former DNI Dan Coats created Pierson’s position on the ODNI staff in July 2019, shortly before he left his job at the end of that month.

Read through the NYT report at your leisure.  The primary impression it gives is that Trump is angry that Pierson briefed the House Intelligence Committee on the conclusion about Russia because the “Democrats would use it against him.”

There’s an obvious question to ask about that if we want to play it straight and assume this report has any basis in fact.  I don’t assume that (other than the verifiable detail about Pierson actually giving the brief), but it’s worth highlighting what is entirely left out of the report, and therefore consigned to either the failure or the fortuitous operation of analytical thought.

What’s left out is this: any reference to whether Trump was briefed on the same conclusion before Pierson went to Capitol Hill.

Instead of slinging innuendo-by-omission, a responsible NYT article would at least make reference to that as an unanswered question, in its pro forma allusions to receiving no comment from ODNI, and no response from the White House to a request for comment.  The reporters would have produced a more credible article if they had gotten a read on that point from their anonymous sources, and included what the sources told them as one of the details.

But there’s no reference to that extremely obvious question.  This is a “news” report of straightforward bias, composed to appeal to readers with Trump Derangement Syndrome.  In pop-culture-of-the-moment terms, it’s a little bag of bread crumbs from the anti-Trump “Q,” written quaintly in complete sentences.

(Note: the Washington Post reported separately that “Trump learned about Pierson’s remarks from Rep. Devin Nunes (Calif.), the committee’s ranking Republican and a staunch Trump ally, said one person familiar with the matter.”  That would indicate Trump didn’t know in advance that Pierson would be briefing House members.  It doesn’t clarify whether Trump had already been advised of the content Pierson briefed on the Hill.)

Alert readers probably don’t need much help at this point, reconstructing what drove the placement of this media report.

The second point, which doesn’t support the NYT narrative

But there’s more.  Shelby Pierson’s track record of recent comments about Russian interference in the 2020 election isn’t extensive.  But it does appear to contradict the top-line thrust of the NYT report.

Pierson has had a handful of public-commentary engagements on this topic since the beginning of the year.  In at least two, she has refrained from offering conclusions about what Russia’s goals and specific activities are in 2020 (e.g., video here).  In those engagements, she spoke in general terms about Russia continuing to present a threat, but the threat to the U.S. election going beyond Russia to involve China, Iran, and North Korea, as well as non-state “hacktivists.” 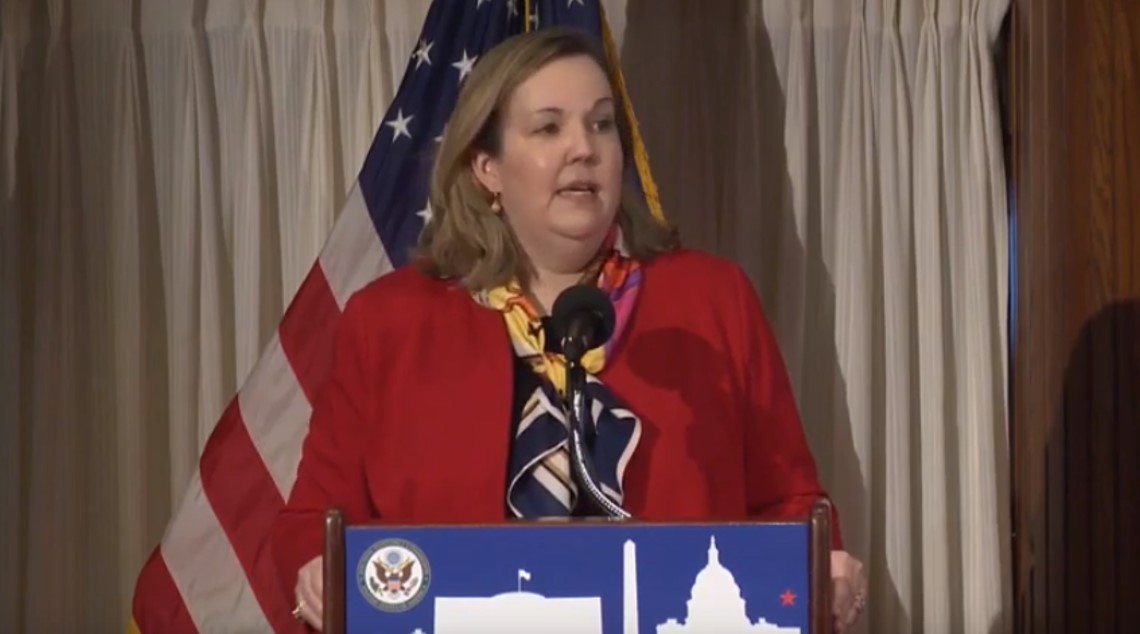 However, in a 22 January 2020 broadcast, NPR’s Noel King presented a recording of Pierson agreeing, in essence, that the intel community had not drawn conclusions about the specific goals of Russia’s 2020 interference effort.

Here is the transcript:

NOEL KING: Will the 2020 elections be secure from interference either foreign or domestic? Yesterday, I asked Shelby Pierson. She is the first ever intelligence community election threats executive. She was appointed by then-Director of National Intelligence Dan Coats in July of 2019. Her job is to work with intelligence agencies like the CIA, the FBI, the NSA and the Department of Homeland Security to identify and fight actors that are trying to interfere with our voting process.

SHELBY PIERSON: The Russians, for example, are already engaging in influence operations relative to candidates going into 2020. But we do not have evidence at this time that our adversaries are directly looking at interfering with vote counts or the vote tallies.

KING: Is it fair to say we don’t know what Russia is going to do yet?

PIERSON: I think that is a fair characterization. And I would also say that this isn’t a Russia-only problem. …

Pierson’s initial comment can be parsed as follows.  She says the Russians are already engaging in influence operations, by which she means deploying themes in media that seek to shape attitudes and opinions (characteristically, with malicious intent).  That is a typical and persistent pattern of Russian influence operations.  We’d expect to see it already underway because it never actually stops.

That means, in turn, that having influence operations in progress is not, in itself, a sign that Russia is trying to back Donald Trump.

Her second sentence is about cyberattacks against voting administration systems.  Pierson says we don’t have evidence of that so far in relation to 2020.

So when King asks if it’s fair to say we don’t know what Russia is going to do yet, the most congruent interpretation of that question is whether we’ve seen a trend in Russian activity that tells us what the Russians’ goals and methods will be for 2020.

Pierson says King has accurately stated that “we don’t know yet.”  That would be the opposite of briefing Congress affirmatively, three weeks later, that we do know what Russia’s “going to do,” and what Russia’s going to do is try to get Trump reelected.

I wasn’t in the House committee room receiving the brief, so I have no way to know what Pierson actually said.  But it wouldn’t be in character for a career intelligence official to leave a false impression with the more general NPR audience in a radio interview.  Intelligence professionals are experts at conveying correct, truthful bottom lines, even when they can’t delve into the sources and methods that justify them.

If the IC had concluded that Russia means to get Trump reelected, as categorically as the NYT article implies, Pierson would normally have found another way to answer Noel King’s question in January.

It’s also unlikely that there was a sudden magic intelligence pill between 22 January and 13 February that caused scales to fall from the eyes of the IC, and established that the Russians mean to reelect Trump, in such a convincing way that Pierson had to be rushed to the Hill.  Nor, again, is it reasonable to imagine that Maguire sent her off on that mission without having briefed Trump – in which case the NYT’s account of House Republicans being blindsided makes no sense.

Well, unless one suffers from TDS, of course.  In which case, one will apparently swallow anything.

A last bit from the NPR interview must be appended.  Pierson addresses King’s questions about the working relationship with Trump:

PIERSON: We are looking at the spectrum of information that comes into us day in and day out to enable all the missions. And that can continue, frankly, unencumbered by any of the comments or political discourse that you hear globally about this topic. I will say that the intelligence community has the authorities it needs. It has the resources it needs. And when we have needed the president to relay warnings – for example, most recently to Mr. Lavrov in Russia – he has done so. …

KING: You don’t feel yourself having to work around President Trump?

PIERSON: Not at all.

There is no reason to pile on Shelby Pierson here.  The “leak” to the NYT presumably didn’t come from her or anyone at ODNI.  It most likely came from House Democrats.

A third, and final, detail

If readers do happen to need a little assistance analyzing the import of the Grenell appointment and the sudden re-eruption of a “Russia-Trump!” theme, consider this nugget.  According to the Daily Beast’s write-up on the Pierson briefing, former Devin Nunes staffer Kash Patel, who was instrumental in the investigation for the crucial Nunes memo of February 2018 on Spygate, has just been accessed to the ODNI staff.

Patel had joined the NSC staff in February 2019, after the Republicans became the minority in the House.  (Lee Smith offers chapter and verse on Patel’s role in Nunes’s pivotal effort to probe Spygate, in Smith’s excellent The Plot Against the President.)

Now Patel is reportedly descending, as it were, into the belly of the beast.  Grenell and Patel both going to ODNI would decidedly not be a sign that Trump means to let the hostile leaking business continue as usual from the IC.

UPDATE: CNN’s Jake Tapper Must Have Read J.E. Dyer’s Post Above As He Asked The Same Questions, And He Got Some Answers

4/ “It’s more that they understand the president is someone they can work with, he’s a dealmaker. But not that they prefer him over Sanders or Buttigieg or anyone else. So it may have been mischaracterized by Shelby” at the House Intel briefing last week…

5/ “And by the way,” the official says, “both Democrats and Republicans were challenging this at the briefing.”

6/ “The President was upset that he had to hear about an intelligence conclusion from a Member of the House Republicans rather than from the intelligence community. So he was out of joint with Maguire on that process.”

Fox is reporting that Devin Nunes told the president about the briefing the day after it occurred.

Source familiar w/house briefing @CBSNews says briefers pressed for evidence to back up claims Russia “trying to help POTUS in 2020.” Asked if there was signals intelligence – such as phone intercepts or “SIGINT” – to back up claims, source said briefers had none to offer #DNI