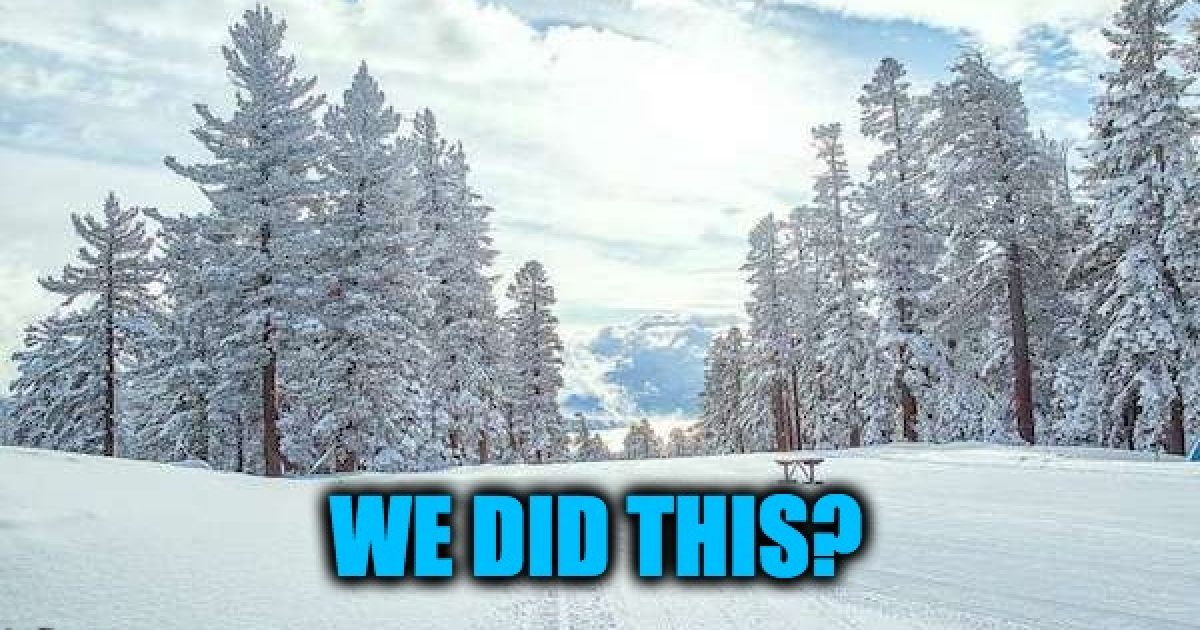 GREAT! Now the liberals are going to blame us for climate change. Thank God that’s a hoax.

D.C. Council member Trayon White Sr. (D-Ward 8) posted a video on Facebook yesterday claiming that the Rothschilds (meaning the Jews) controlled the weather, then upon receiving push-back he changed his mind and apologized.

“Man, It just started snowing out of nowhere this morning. Y’all better pay attention to this climate control, climate manipulation and D.C. keep talking about ‘we are a resilient city’ and that’s a model based off the Rothschilds controlling the climate to create natural disasters they can pay for to own the cities, man. Be careful.”

The Rothschilds are a buzz word for “Jews,” as is rich urban bankers (Obama’s favorite).

Along with being a Broadway Musical starring Hal Linden of Barney Miller fame, the Rothschilds are a famous European banking dynasty descended from Mayer Amschel Rothschild, an 18th-century Jewish banker lived in the Jewish Ghetto of what is today Frankfurt, Germany. Despite facing the restrictions on Jews running businesses and worse owning land  (throughout Christian Europe, it was common for institutionalized anti-Semitism to prohibit Jews from owning property) Mayer had little choice but to go into the banking business and he was good at it.

What Meyer did that was original, is that he opened branches of his bank in the five biggest European financial cities and gave his sons the job of running the business in each of the cities Frankfurt, Vienna,  London, Naples, and Paris. That’s how he turned the family business into a dynasty.

But today the idea of a single unified Rothschild family is long gone. The fortune of Mayer and his five boys have been split among hundreds of descendants:

The closest thing to a “Rothschild Family” business in 2016 is the Rothschild Group, a multinational investment banking company, but that firm does not in itself generate nearly enough income to back up claims about the family’s wealth. In 2015, the Rothschild Group’s annual revenue was approximately $500 million. In comparison, the world’s largest company, Walmart, has an annual revenue of nearly $500 billion.

It should also be noted that only one member of the Rothschild family is included among Forbes’ 2015 list of the world’s billionaires: Benjamin de Rothschild, who was ranked at number #1121 with a net worth of $1.61 billion. [Note in tthe 2018 listing recently issued he fell to #1284 and $1.86 Billion]

Despite the fact the family no longer has the centralized business or wealth it once had, the family has repeatedly been the subject of anti-Semitic conspiracy theories alleging that they lead the other world Jews in clandestinely manipulating world events to their advantage. Thus Mr.White’s charge of controlling the weather.

I really do apologize. I work very closely with the Jewish community and never want to offend anyone, especially with Anti-Semitic remarks. pic.twitter.com/TvUgf55UeF

White did not return calls for comment. In a series of text messages, he confirmed the voice in the video is his but expressed surprise that his remarks might be construed as anti-Semitic. Asked to clarify what he meant, he wrote, “The video says what it says.”

However, about four hours after The Washington Post published this story online Sunday, White sent a statement of apology via text message.

“I work hard everyday to combat racism and prejudices of all kinds. I want to apologize to the Jewish Community and anyone I have offended,” he said. “The Jewish community have been allies with me in my journey to help people. I did not intend to be anti-Semitic, and I see I should not have said that after learning from my colleagues.”

White is a smart man and we aren’t that stupid. Of course, he knew it was anti-Semitic! Mr. White was just following the examples of other leaders of the liberal black community such as Louis Farrakhan his friends in Congressional Black Caucus, and Al Sharpton, all of whom use the Jews as their scapegoats.

But it’s not all bad, anti-Semitism of the kind uttered by Trayon White Sr can raise the morale of Jews, as explained by the story below:

Rabbi Altmann and his secretary were sitting in a coffeehouse in Berlin in 1935. “Herr Altmann,” said his secretary, “I notice you’re reading Der Stürmer! I can’t understand why. A Nazi libel sheet! Are you some kind of masochist, or, God forbid, a self-hating Jew?”

“On the contrary, Frau Epstein. When I used to read the Jewish papers, all I learned about were pogroms, riots in Palestine, and assimilation in America. But now that I read Der Stürmer, I see so much more: that the Jews control all the banks, that we dominate in the arts, and that we’re on the verge of taking over the entire world. You know – it makes me feel a whole lot better!”

Trayon White is a member of the Democratic Party, proving once again that the Democrats are the party of Antisemitism.

If we were really as powerful as Mr. White thinks it would be 75 degrees and sunny, and someone would respond to his attack by closing his bank account and giving his money to charity.