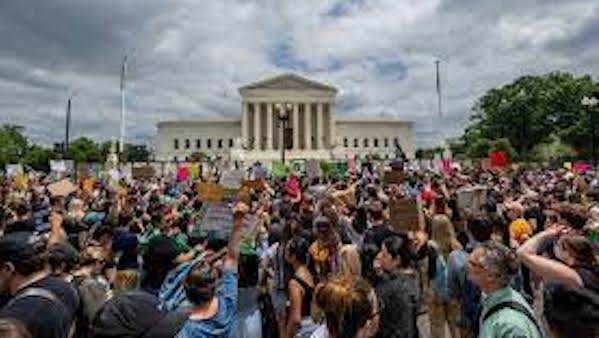 For months on end, it has been rather obvious that the Democratic Party is headed for trouble in the 2022 midterms, as a “red wave” looks poised to crash into Congress and shuffle the deck in a very conservative direction.

There are plenty of reasons, from angst over Donald Trump’s controversial 2020 electoral loss to the abject failures of the Biden administration. The only thing that the Democrats can hope for, ghoulishly, is that mass shootings continue to drive emotional pleas for gun control or that anger regarding the overturning of Roe v. Wade will spur liberal voters to come out in droves.

The only problem is that a new poll has revealed that Roe rage isn’t going to help them much in the election…if at all.
The Supreme Court’s decision to overturn Roe v. Wade will have a “net neutral” impact on midterm election voting, a new Harvard/Harris poll projected.

The results are contrary to the Democrats’ strategy of drumming up fear before and after the Supreme Court’s decision to stir support for the November elections. A Rasmussen Reports poll released this week similarly shows that a generic Republican candidate holds the same 5-point lead over a generic Democrat candidate as the week before Roe was overturned.

The Harvard/Harris poll shows that 55 percent of voters oppose the Supreme Court’s decision, and 45 percent support it. However, when voters were asked who should set abortion law in the United States, the most significant amount of voters said: “state legislatures” (44 percent). Only 31 percent believe abortion law should be set by Congress and 25 percent by the Supreme Court, even though the court is not a lawmaking body.

The Democrats must devise another harebrained scheme if they want to hold on to their razor-thin congressional majority come November.