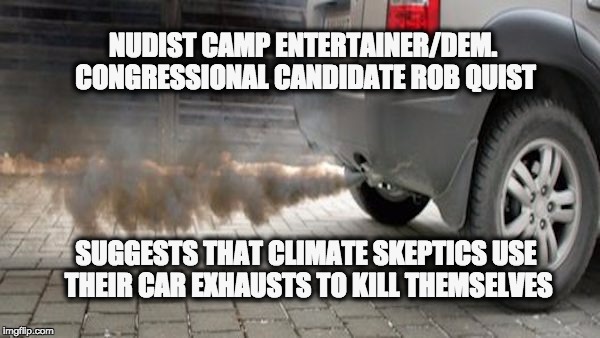 Rob Quist is the Democratic Party candidate for Montana’s at-large seat in Congress left vacant by Interior Secretary Ryan Zinke… Quist, who among his other talent is a folk singer popular at nudist resorts in the great state of Montana has an interesting way of trying to win over voters… he suggests that if they aren’t sure about climate change they should try… killing themselves yep he  believes they should lock themselves in their garage with their cars on and see what happens. 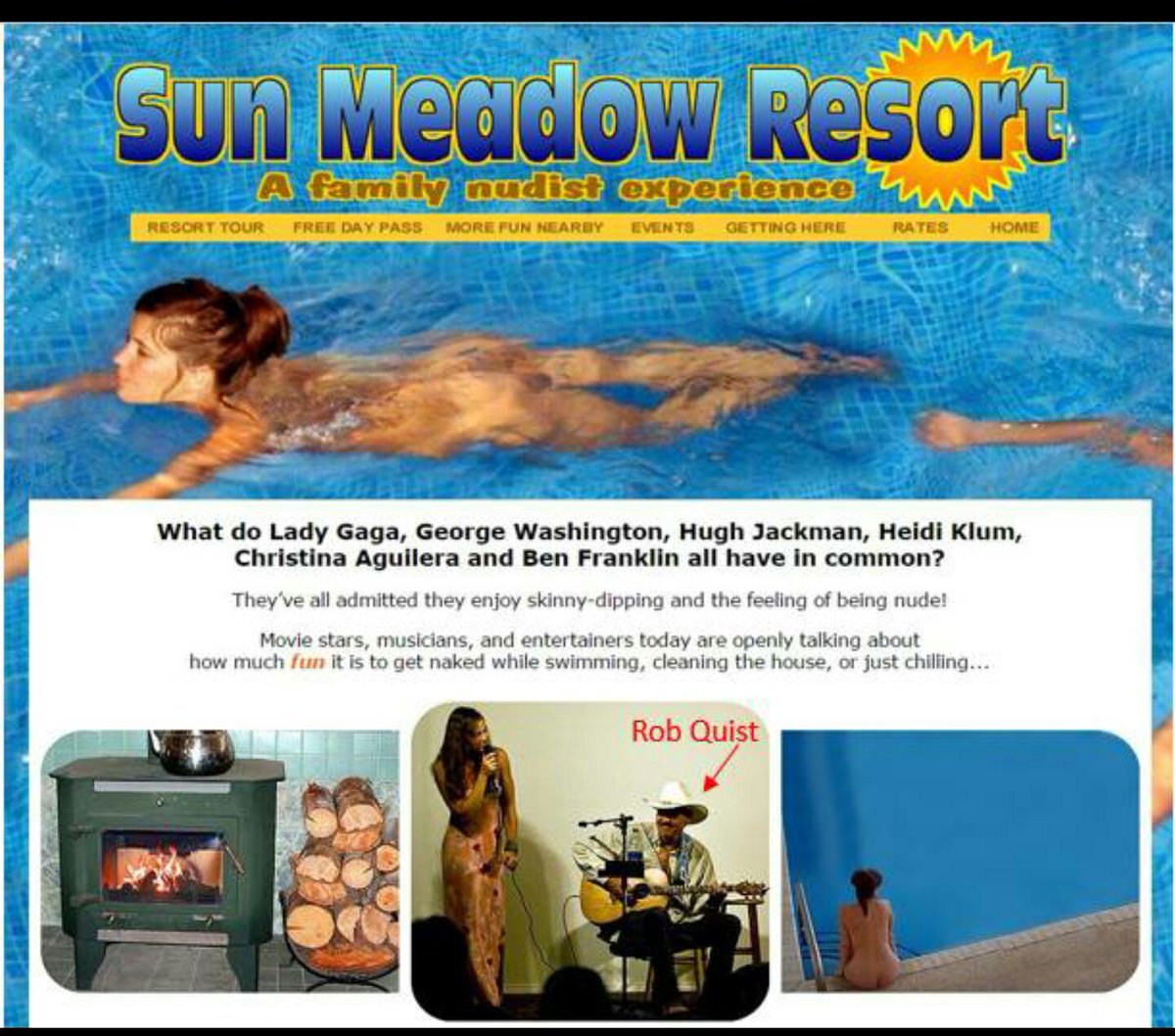 On a televised debate, Quist was given the last chance to comment on climate change when he made his strange recommendation.

“This is something that the entire world needs to address,” Quist said. “If any those of you that feel like this is not a problem, I challenge you to go into your car in your garage, start your car, and see what happens there.”

Quist doesn’t seem to understand the difference between carbon monoxide (which is the chemical emission from your car) and carbon dioxide (which is the supposed problem gas in the climate change fear mongering scenario). Perhaps his brain is fried from looking at all of those nudist senior citizens.  However, what makes this even worse is that carbon dioxide is essential to life on earth. In fact, the more carbon dioxide, the healthier our planet becomes and while yes, it could technically warm the earth… that warming could actually solve more problems for our planet than it creates.

Either way, Quist is a ridiculous candidate for office, especially from a state as conservative as Montana. Perhaps that’s why the latest Emerson University poll shows Republican Greg Gianforte is leading Rob Quist by 15 percentage points 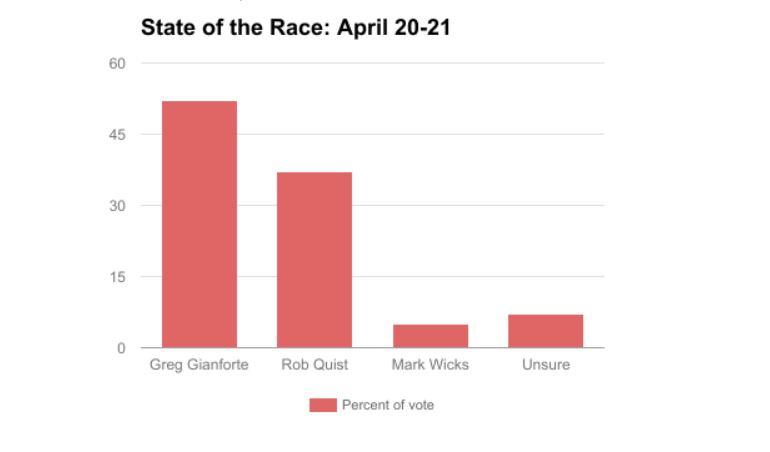