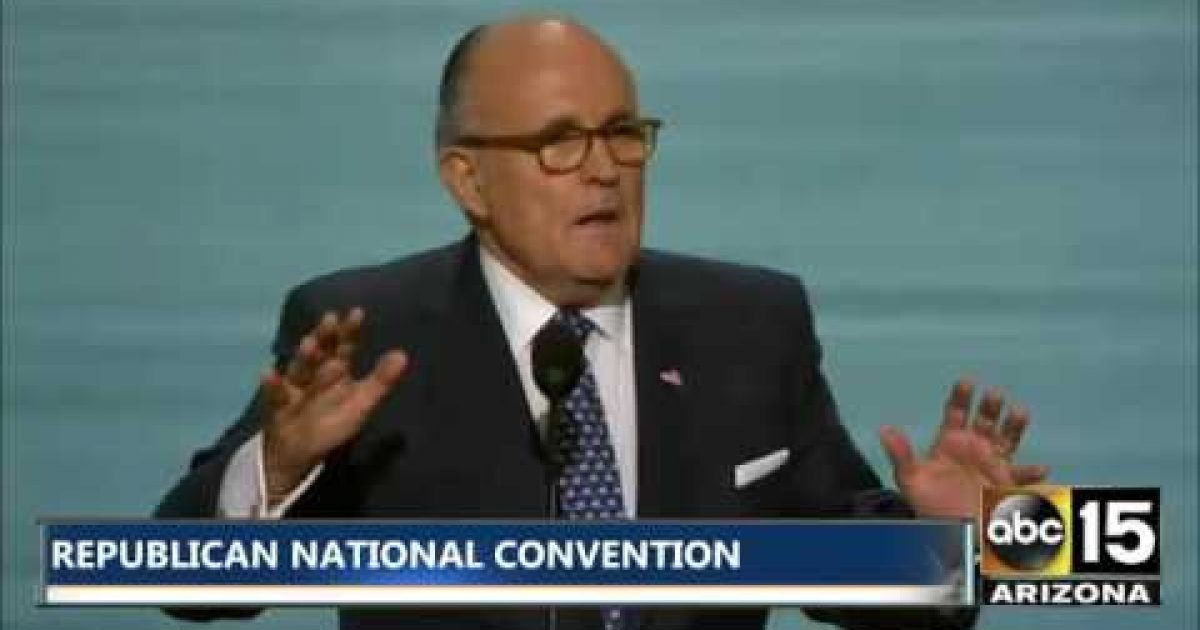 Damn! I have seen Rudy Giuliani speak before, but I have NEVER seen him speak with the passion and emotion that he displayed on the first night of the RNC.

He chided the press for the way they portray Trump

I have known Donald Trump for almost 30 years. And he has created and accomplished great things.   But beyond that this is a man with a big heart. Every time New York City suffered a tragedy, Donald Trump was there to help.And he did it anonymously. (I bet that’s a surprise)

He attacked Barack Obama’s divisiveness, referring to an Obama convention speech he:

“What happened to, ‘There’s no black America, there’s no white America. There is just America,””

He went after Hillary Clinton’s term as secretary of state;

It was Hillary Clinton who advocated for the overthrow of Qaddafi in Libya. Now Libya is in chaos.

Hillary Clinton is accountable for this and much more.

Her dereliction of duty and failure to keep her people safe played a major role in the horrific Islamic terrorist murders on September 11-12, 2012 in Benghazi which claimed the lives of four brave Americans; our Ambassador J. Christopher Stevens, U.S. Foreign Service Officer Sean Smith, and CIA agents Tyrone S. Woods, and Glen Doherty.

And Clinton, and the Obama administration, for political reasons lied about the purpose of the attacks including her lying directly to the families of those who were killed.

Hillary Clinton’s answer to Congress about the death of these four brave Americans because of her failures as Secretary of State was “what difference at this point does it make?”