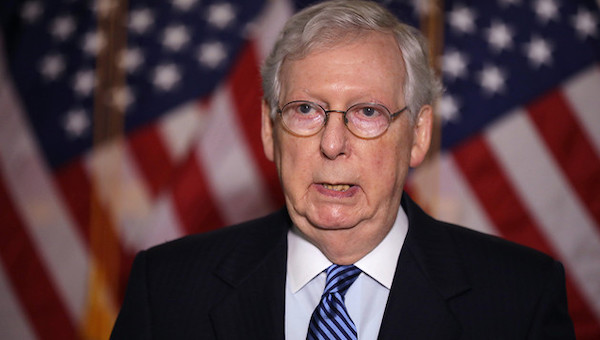 I abhor the term “RINO” because not only is it intellectually lazy but overall meaningless, mainly since it’s frequently misused.

The “Republican in Name Only” moniker has been around for over a century but more recently became commonplace on talk radio as an intra-party epithet aimed at folks like John McCain and the original Lindsey Graham. They moderated their views and occasionally tried to work with Democrats on essential matters.

Today, however, when used by unhinged lunatics like Arizona gubernatorial candidate Kari Lake, it simply means insufficiently pro-Trump, i.e., those who don’t believe the 2020 election was stolen.

It remains ironic that many so-called RINOs are often among the most conservative members of the caucus who deeply care about the Republican Party.

The GOP’s hopes of retaking the U.S. Senate in November inarguably depend on folks whose politics are indeed RINO but who instead throw the term at others. It’s a strange time.

In the primary season, all these men were handpicked by former President Donald Trump. Apparently disliking the party they seek to represent, some vow to take on Mitch McConnell, the longest-serving Senate majority leader. At the same time, they’re desperate for his help.

Why? The Kentuckian is a shrewd winner who’s earned Democrats’ disdain for decades, as he twisted arms to accomplish the conservative takeover of the Supreme Court, and when he’s taken the lead during election season, been successful at the ballot box.

But in the world of those seeking attention and money, the lifelong Republican is a “RINO.”

Meanwhile, Trump, a former Democrat among many party affiliations, uses RINO to describe any Republican not blindly loyal to him. He says McConnell “gives the Dems everything, and gets NOTHING for it — Never fights for Republicans!”

There’s not a shred of truth in that balderdash. In fact, in the dictionary, next to Republican, there should be a photo of McConnell.

The obsession with RINOs goes beyond Trump and the party’s zaniest fringe.

In a recent interview with Steve Bannon, Georgia Rep. Marjorie Taylor Greene — a woman almost as dumb as AOC or Sen. Mazie Hirono — said that if Masters wins, he won’t vote for McConnell as the leader, and that will be like “cutting the head off the snake.”

The amoral Bannon, a pitiful loser who blew a Senate race in ruby-red Alabama five years ago, undeniably abhors McConnell more than he does anyone on the left. This makes Bannon the ultimate RINO.

The Masters campaign is way behind, so McConnell is wisely pursuing salvageable races elsewhere, including Ohio, where Trump-backed Vance is such a subpar candidate he’s struggling to win a red state where Sen. Rob Portman rolled by 21 last go around. The Senate Leadership Fund recently announced $28 million to support Vance.

Trump has $100 million on hand in his “Save America PAC,” amounting to more than the Democratic National Committee and Republican National Committee combined. While Trump spent some in the primaries to take out Republicans he deemed disloyal to him, he’s since given fewer than $1 million to national candidates and nothing to the Republican Party. Does he really care about retaking Congress and stopping the catastrophic Biden agenda?

Meantime, McConnell’s Senate fund, despite what’s said on cable news, is spending 10 times that in Georgia to drag Walker across the finish line.

The “RINOs” would have been better options in all of these Senate races.

Popular Arizona and New Hampshire Govs. Doug Ducey and Chris Sununu would have won in purple states yet chose not to run amid Trump’s wreckage.

Oz barely beat David McCormick in the Pennsylvania primary, but McCormick would have been the better general election candidate.

Ohio also would have been easier had voters chosen a better option like Matt Dolan or Mike Gibbons.

But Trump, who had much of his presidential agenda carried by McConnell, places his personal grievance ahead of the party while hilariously calling for McConnell’s ousting and accusing him of being “a pawn for the Democrats.”

Meanwhile, Democrats are ecstatic when Trump is in the news, as evidenced by Biden hoping to make the midterms about “MAGA Republicans.”

Were George H.W. Bush and Jimmy Carter used by the opposing party in the 1994 and 1982 midterms after they lost re-election? Imagine a world where the former one-term president cared about his party winning more than petty transactional crap and name-calling.