On the same day that Washington State’s King County Board of Health passed a gun control mandate for warning signs to be posted in gun shops, two of the nation’s leading gun rights organizations filed a federal lawsuit challenging the state’s recently-passed gun control initiative to block it from taking effect. I-1639 was the only gun control measure on a ballot anywhere in the U.S. this fall. Thanks to a marketing effort funded via strong financial support from anti-gun billionaires the measure passed on election day with nearly sixty percent of the ballot. 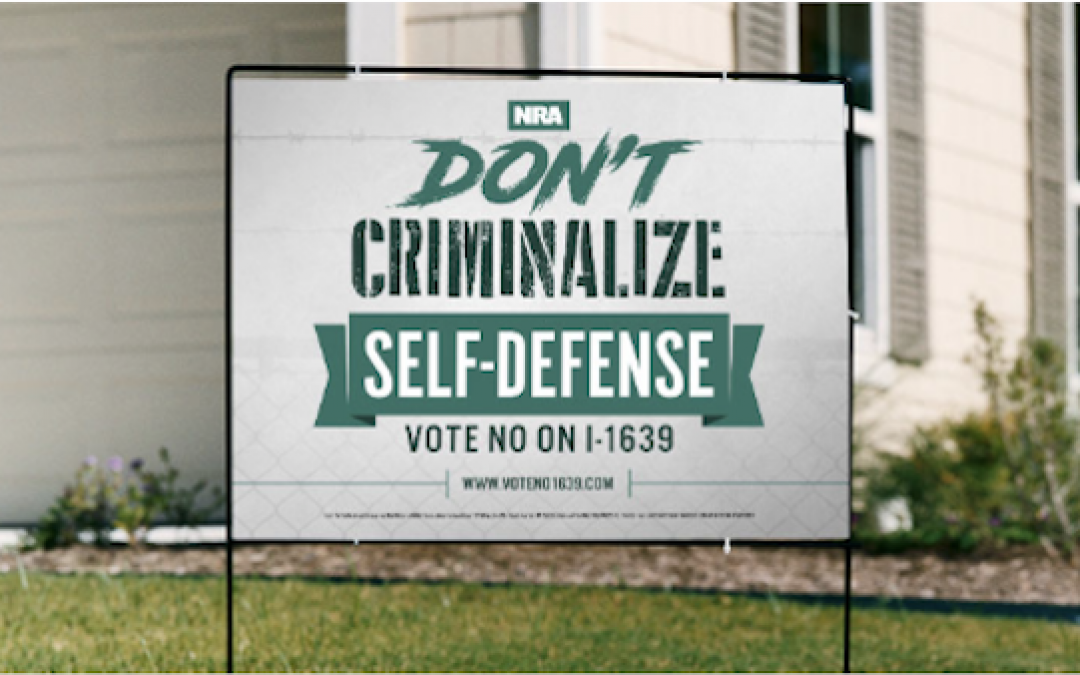 The Second Amendment Foundation and National Rifle Association filed their lawsuit in U.S. District Court for the Western District of Washington. They are joined by two firearms retailers, one in Spokane and the other in Vancouver, and four young adults whose right to own semiautomatic firearms would be stripped under provisions of Initiative 1639 that prohibit self-loading guns from being purchased or owned by anyone under age 21.

The lawsuit takes two interesting tacks. It challenges the new law because it violates the U.S. Constitution’s Commerce Clause by preventing retailers from selling certain firearms to non-residents of the state. It also says that the federal court has jurisdiction because “the suit arises under the Civil Rights Act of 1871…to redress the deprivation, under color of state law, of rights, privileges, and immunities secured to Plaintiffs by…the Second and Fourteenth Amendments to the U.S. Constitution.”

While supporters of I-1639 are defending their measure as a “comprehensive” scheme that “will make our state safer and help save lives,” 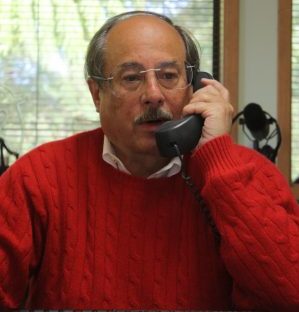 opponents insist it will do neither of those things and instead will impair the rights of law-abiding citizens.

“We are disappointed that too many voters were fooled into supporting this 30-page gun control scheme, despite overwhelming law enforcement opposition,” said SAF founder and Executive Vice President Alan M. Gottlieb. “This initiative is an affront to the constitutional rights enshrined in the Second Amendment and the Washington state constitution. This measure will have a chilling effect on the exercise of the constitutional rights of honest citizens while having no impact on criminals, and we will not let it go unchallenged.”

“The NRA is committed to restoring the Second Amendment rights of every law-abiding Washingtonian,” said Chris W. Cox, executive director of NRA’s Institute for Legislative Action. “I-1639 violates the constitutional rights of law-abiding citizens and puts people at risk. This lawsuit is the first step in the fight to ensure that Washingtonians are free to exercise their fundamental right to self-defense.”

Gottlieb noted that “additional legal challenges” might be on the horizon. That could come to pass because the initiative was initially removed from the ballot in late summer by Thurston County Superior Court Judge James Dixon because initiative petitions did not comply with state law on readability and editing. The text published on the back of each petition did not include underlines showing new law or cross-outs showing what parts of existing law would be repealed or changed.

The state Supreme Court overruled Judge Dixon a week later but left the door open for the initiative to be challenged after the November election.

One change in the law under I-1639 is that language about Washington’s 35-year-old preemption statute is removed from a Department of Fish and Wildlife gun safety pamphlet. Initiative opponents have raised questions about this, asserting that it seems designed to conceal the existence of the preemption law from gun owners.

“If the state preemption law is repealed, the King County Gun Safety Action Plan will immediately:

Evergreen State gun prohibitionists have wanted to erase the preemption statute for decades. They want to turn back the clock to an era when there was a checkerboard of confusing and sometimes conflicting local gun control ordinances that seemed designed more to chill the exercise of the right to keep and bear arms than promote any kind of firearms safety.

Court challenges can be a long process, and the plaintiffs have asked the court to declare the challenged tenets of the initiative are unconstitutional, and that the court issue an injunction against enforcement of all provisions of I-1639 until the legal issues are decided.

Billionaires Promoting Anti-Gun Wash. Vote As Another Newspaper Says ‘No’