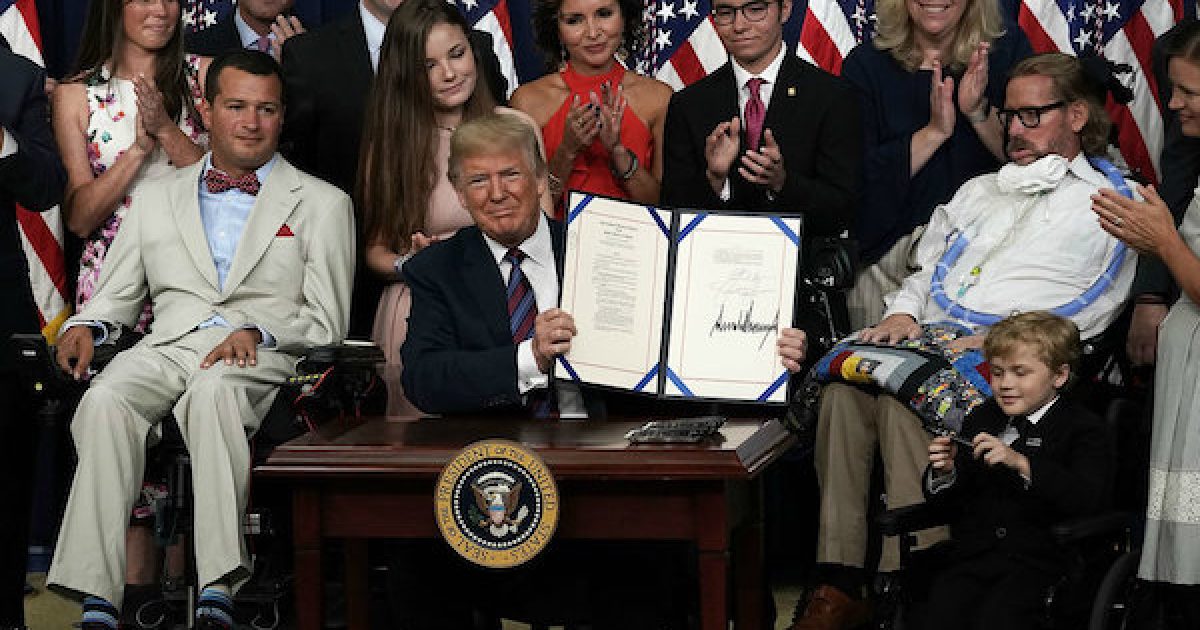 An amazing thing happened last week, Congress passed a bill that would actually allow Americans to decide for themselves what risks their willing to take when it comes to prolonging their lives.

The Right to Try Act is an essential piece of legislation that allows terminally ill patients, in consultation with their doctors, to take medication that has not yet been approved by the Food and Drug Administration (FDA). The hope is that by eliminating the bureaucracy that would stop terminally ill patients from making use of cutting-edge medicine, we could save thousands of lives that would otherwise perish before the cure is finally approved.

Senate Democrats tried to scuttle a bill that would allow terminally ill patients the opportunity to take experimental medication in an attempt to prolong their lives. The move didn’t work, though it did force passage of a bill that some supporters of “Right to Try” admit was not the best version of the law to be proposed.

It’s a head-scratching move by the Democrats, but Mark Thiessen at the Washington Post thinks he understands why they did it:

Imagine the horror of learning you have a terminal illness for which science has not yet come up with a treatment. Now imagine receiving the same diagnosis, and then learning a promising new treatment exists that could save your life — but you can’t get access to it thanks to governmental obstacles.

[Michelle] Wittenberg formed “Andi’s Army” to lobby the Texas state legislature to pass a “Right to Try” law which would grant those in Texas with terminal illnesses (and who have exhausted all FDA-approved treatments) access to investigational drugs — so long as they have been proven safe in clinical trials, are part of the FDA’s ongoing evaluation process, and the company developing the medication is willing to make it available. In 2015, Gov. Greg Abbott (R) signed the “Andrea Sloan Right to Try Act” into law.Today, 40 states have passed similar laws (including Indiana, where then-Gov. Mike Pence signed it into law). And on Wednesday, President Trump will sign a national Right to Try Act into law.

In the states, Right to Try has not been a partisan issue. The first 24 state legislatures approved the bills by a collective vote of 3,045 to 26. In most instances, it passed without a single dissenting vote. The issue brought together politicians who never worked together on any other issue.

But, sadly, this spirit of bipartisanship did not translate to Washington. Only 22 House Democrats voted for the final bill that Trump will sign. In August, a version introduced by Sen. Ron Johnson (R-Wis.) passed the Senate by unanimous consent, but stalled in the House, which eventually passed a more limited bill from Rep. Greg Walden (R-Ore.). Last week, Senate Republicans tried to accommodate Democratic objections by bringing up the Walden bill for a vote, but Senate Minority Leader Charles E. Schumer (D-N.Y.) blocked it from coming to the floor. So the House passed the Johnson version, with Democrats nearly united in opposition.

In other words, Democrats in Washington managed to take an issue that unified literally thousands of legislators from both parties in 40 states, and turned it into a divisive, party-line vote. Thanks to Trump, Americans facing terminal diagnoses will now have a new chance at life. How tragic — and pathetic — that Democrats refused to join him in making that happen.

The Act was of great importance to Vice President Mike Pence who has been championing similar legislation for years.

He spoke passionately about the subject, just before President Trump signed the Act into law this past Wednesday.

Today, President Trump will deliver on a promise that he made to the American people, now more than two years ago.  On the campaign trail, our President made it clear that this would be the administration that would open new pathways to treatments for families struggling with serious illness.

Four months ago, the President stood before the Congress of the United States and he said, and I quote, “Patients with terminal conditions should be given access to experimental treatments that could potentially save lives.”  And in a few moments, President Trump will sign this policy into law and give new hope to vulnerable families all across America.  (Applause.)

There are several people to thank before I introduce the President.  First and foremost, I want to thank the members of Congress who are here today; members of the Senate and the House of Representatives who work tirelessly and on a bipartisan basis to advance this legislation.  This is how Congress should work to advance the interests of the American people.  (Applause.)

Three years ago, I met a young boy from Indiana who is one of my heroes.  And Jordan McLinn and his mom, Laura, helped us advance Right to Try in the Hoosier State.  And I can tell you, from even before Inauguration Day came, Jordan found us and was a champion for Right to Try on the national level.

Another family we met along the way in Lancaster, in Pennsylvania, an 11-year-old boy named Zack, who I’m told is with us here today.  He told me about his dad.  Zack stood up at a Trump rally, and he bravely walked to the microphone and he asked me if President Trump was elected, if we’d get Right to Try to help his dad and to help a friend, both of whom are struggling with ALS.  And I told him then that President Trump would get it done.  And, Zack, President Trump got it done today.  (Applause.)

I can tell you, every day of this administration, President Trump has fought to advance the interests of American families.  And today, he keeps a promise that he made.  And it’s a promise he made from his heart, as you’ll hear in just a few moments.

You know, not long ago, I met a little boy named Levi Delimpo — struggling, as many of the families here are struggling.  And his mother told me that they have a verse that they cling to.  It’s a verse from the book of Jeremiah that says, “I know the plans I have for you; plans to prosper you, and not to harm you; plans to give you a hope, and a future.”  It’s a verse about faith.  It’s a verse about hope.  And to these members of Congress, to these courageous families, to a President who keeps his promise, let me say with a prayer on my lips:  Thank you for giving a hope and a future to these and other American families.