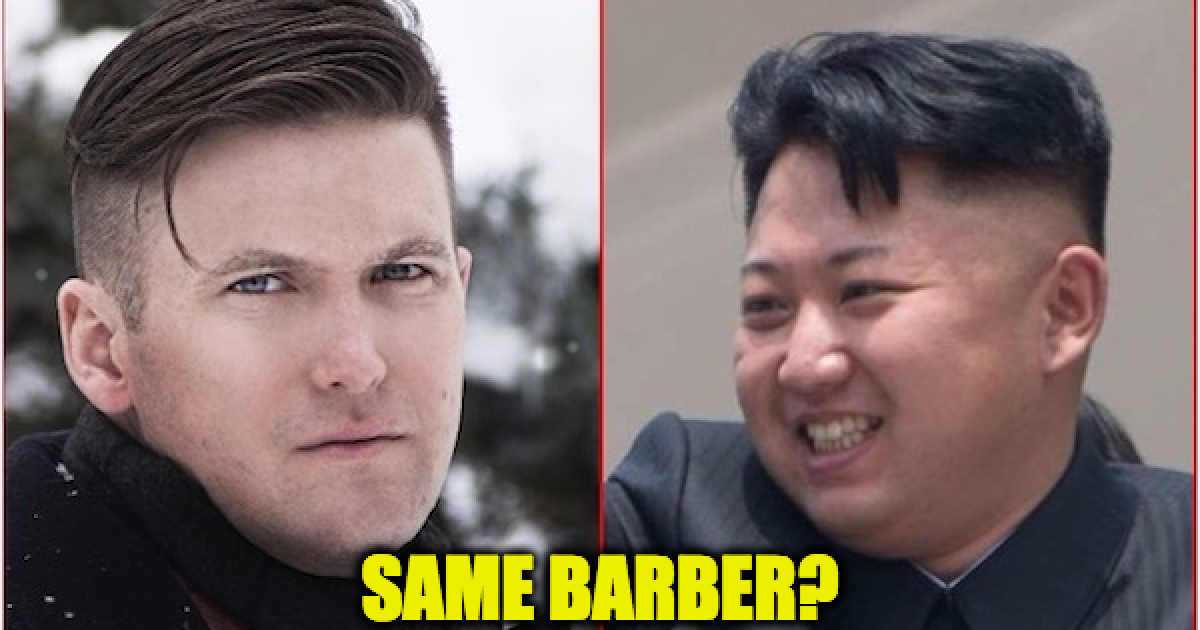 There are a few bright lights in the House and the Senate. In the Senate principled conservatives like Mike Lee (R-UT), Rand Paul (R-KY), Ted Cruz (R-TX), Tim Scott (R-SC), and Ben Sasse (R-NE) are doing the hard work of standing against corruption and big government, even in the face of seemingly insurmountable odds.

Recently, Sasse stepped out of the political arena and into the cultural one when he took on one of the leaders of the racist, white nationalist alt-right movement.

It started with a tweet from alt-right idiot Richard Spencer who strangely has the same haircut as Korean Despot Kim Jung Un:

In the minds of goober conservatives, the Russians are to blame for racial divisions. https://t.co/CzpGfL6u4M

That simple comments sent Sasse into a “tweetstorm,” which he later admitted he was unsure of how to actually create a string of linked comments (or threaded comments):

1/
Oh let goobers & nongoobers agree on this: Racists like you are to blame. But Putin’s agencies also love using you as their divisive tool https://t.co/DaD4XaNvI5

2/
Don’t get me wrong: we’ll always have brown-shirt-pajama-boy Nazis like you & your lonely pals stoking division. But here’s America 101: https://t.co/SboVZmOuu2

“You don’t get America. You said: ‘You do not have some human right, some abstract thing given to you by God or something like that.’ Actually, that’s exactly what America declares we do have: People are the image-bearers of God, created with dignity and inalienable rights.

Sadly, you don’t understand human dignity. A person’s skin, ancestry, and bank balance have nothing to do with their intrinsic value. This declaration of universal dignity is what America is about. Madison called our Constitution ‘the greatest reflection on human nature.’

You talk about culture but don’t know squat about western heritage — which sees people not as tribes but as individuals of limitless worth. The celebration of universal dignity IS our culture, and it rejects your ‘white culture’ crybaby politics. It rejects all identity politics.

Get a real job, Clown. Find an actual neighbor to serve. You’ll be happier. Have a nice day.”

Most of America stood to cheer Senator Sasse in the wake of his tweets. Sasse hits the nail on the head when he unmasks Spencer (and the alt-rights) obvious blunder. The alt-right doesn’t understand what America is really all about. We don’t judge people in groups (that’s a leftist thing) we look at each person as an individual with inherent worth. Why? Because as a Judeo-Christian nation we believe that every person is created in the image of God and therefore endowed with dignity, worth, and the inalienable rights that we have long championed.

As we fight against the at-Left, let us not forget that the alt-Right is similarly evil and anti-conservative and anti-American.

Sadly I did meet Richard Spencer, he snuck into the 2017 CPAC but being true conservatives as soon as the ACU which runs CPAC found out he was in the building they tossed him out on his bigoted butt