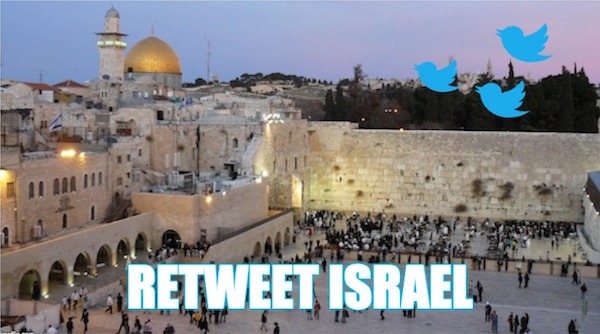 Unless you are Donald Trump, most of the time your twitter feed may have a small effect on the issues on the day, but if your feed was combined with hundreds of other feeds saying the same thing—WOW!!! That is the idea behind ‘Retweet Israel,’ a twitter app created by Israel’s Ministry of Foreign Affairs.

Please join me to sign up for and to share this twitter app called ‘Retweet Israel.’  This tool was designed to be an echo chamber buster. Its function is to make sure positive information about Israel penetrate into world attention. Your twitter, as well as the twitter accounts of all the people who sign up broadcast the same pro-Israel message (created by the foreign ministry) from their twitter accounts at the same time. The subjects and tweets for retweet are chosen by the ministry of foreign affairs in Jerusalem so once you sign up there is nothing more you have to do…the Ministry of Foreign Affairs does everything else for you. 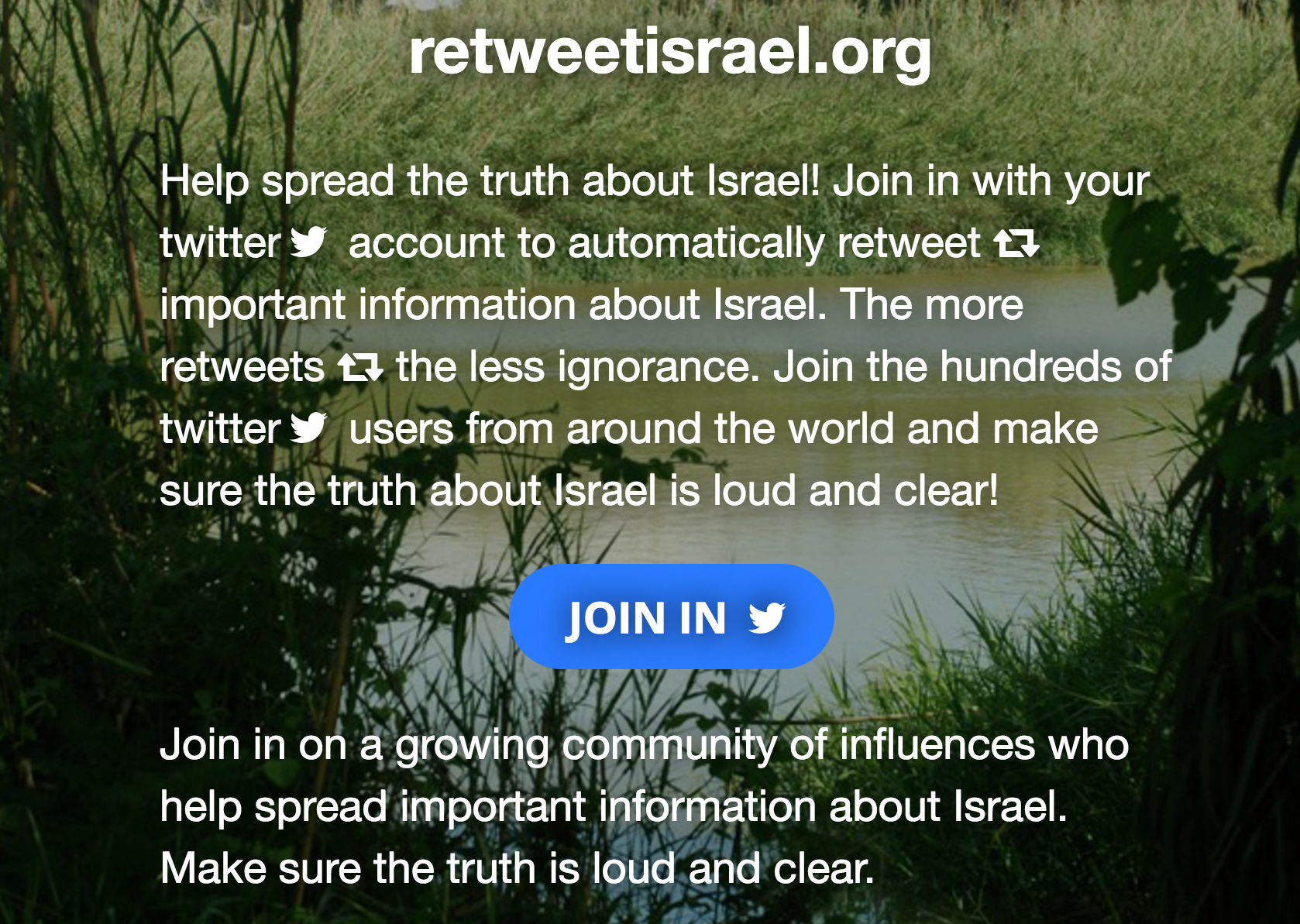