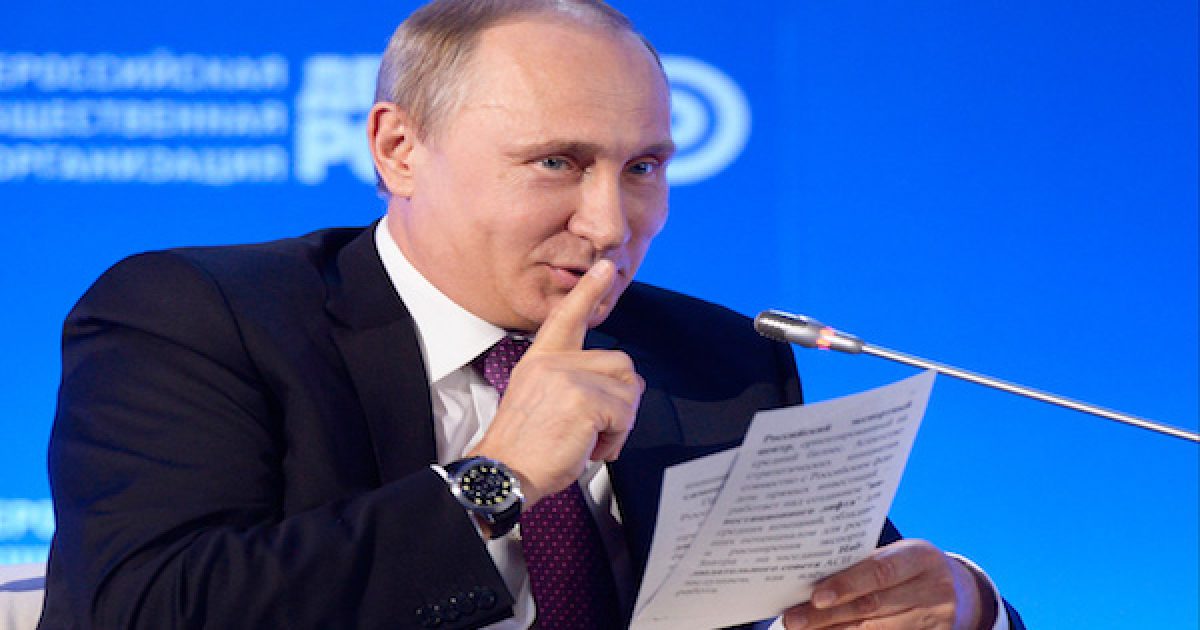 The Hill revealed a bombshell of a story Tuesday morning that connects Russian bribery, collusion, the Clinton Foundation, Eric Holder, Uranium and tons of cash, all before the 2010 Uranium One Deal outlined in Peter Schweizer’s book, Clinton Cash (which if you haven’t read yet…come on get with it).

In 2009 the year before Team Obama approved the Uranium One deal giving Putin control of twenty percent of American uranium, the FBI had compiled significant evidence that Putin’s nuclear industry officials “were engaged in bribery, kickbacks, extortion and money laundering designed to grow Vladimir Putin’s atomic energy business inside the United States, according to government documents and interviews.”

Apparently, the Feds had a mole inside Russia’s nuclear industry who gathered, “extensive financial records, made secret recordings and intercepted emails” that proved Putin’s people had bribed their way into an American uranium trucking firm, which of course is against the law (it’s called the foreign corrupt practices act which may be one reason why Piers Morgan is no longer in the country).

Now we get to Bubba and Hillary. According to the Fed mole who backed provided evidentiary support,  the Russian nuclear team  “routed millions of dollars to the U.S. designed to benefit former President Bill Clinton’s charitable foundation during the time Secretary of State Hillary Clinton served on a government body that provided a favorable decision to Moscow” in the Uranium One deal sources told The Hill.”

Rather than starting to arrest people, or inform Congress, Eric Holder’s Department of Justice kept investigating Putin’s Nuclear corruption in the U.S. for four more years, while Hillary and the Obama administration were conducting two nuclear deals with the Russian despot.

The first decision occurred in October 2010, when the State Department and government agencies on the Committee on Foreign Investment in the United States unanimously approved the partial sale of Canadian mining company Uranium One to the Russian nuclear giant Rosatom, giving Moscow control of more than 20 percent of America’s uranium supply.

(…) In 2011, the administration gave approval for Rosatom’s Tenex subsidiary to sell commercial uranium to U.S. nuclear power plants in a partnership with the United States Enrichment Corp. Before then, Tenex had been limited to selling U.S. nuclear power plants reprocessed uranium recovered from dismantled Soviet nuclear weapons under the 1990s Megatons to Megawatts peace program.

“The Russians were compromising American contractors in the nuclear industry with kickbacks and extortion threats, all of which raised legitimate national security concerns. And none of that evidence got aired before the Obama administration made those decisions,” a person who worked on the case told The Hill, speaking on condition of anonymity for fear of retribution by U.S. or Russian officials.

The sale of Uranium One and the concurrent hundreds of thousands of dollars of speaking fees to Bubba Clinton and mega donations to the  the Clinton Family Foundation tied to people in the deal (while Hillary presided over the Committee on Foreign Investment in the United States) are all outlined in Clinton Cash.

The Obama administration and the Clintons defended their actions at the time, insisting there was no evidence that any Russians or donors engaged in wrongdoing and there was no national security reason for any member of the committee to oppose the Uranium One deal.

But FBI, Energy Department and court documents reviewed by The Hill show the FBI, in fact, had gathered substantial evidence well before the committee’s decision that Vadim Mikerin — the main Russian overseeing Putin’s nuclear expansion inside the United States — was engaged in wrongdoing starting in 2009.

It gets even more suspect. at the time the Committee on Foreign Investment in the United States was approving the Uranium One deal, Attorney General  Eric Holder, whose DOJ had evidence of the Russian Nuclear malfeasance was on that committee. Now in Holder’s defense, there is no evidence proving the AG or anyone else on the committee knew about the investigation–heck at the time Holder may have been busy hiding fast and furious documents.

Vladimir Mikerin was Putin’s main man overseeing the expansion of the Russian nuclear business inside the U.S.

Mikerin was a director of Rosatom’s Tenex in Moscow since the early 2000s, where he oversaw Rosatom’s nuclear collaboration with the United States under the Megatons to Megwatts program and its commercial uranium sales to other countries. In 2010, Mikerin was dispatched to the U.S. on a work visa approved by the Obama administration to open Rosatom’s new American arm called Tenam.

Between 2009 and January 2012, Mikerin “did knowingly and willfully combine, conspire confederate and agree with other persons … to obstruct, delay and affect commerce and the movement of an article and commodity (enriched uranium) in commerce by extortion,” a November 2014 indictment stated (embedded below).

His illegal conduct was captured with the help of a confidential witness, an American businessman, who began making kickback payments at Mikerin’s direction and with the permission of the FBI. The first kickback payment recorded by the FBI through its informant was dated Nov. 27, 2009, the records show.

In the end, this case proved to be an important one to break:

Strangely, however, the DOJ and the FBI were strangely silent  Mikerin, the Russian financier, and the trucking firm executives were arrested and charged. In fact, the only public notices was a year later when the DOJ put out a release saying the defendants copped a plea.

By that time, the criminal cases against Mikerin had been narrowed to a single charge of money laundering for a scheme that officials admitted stretched from 2004 to 2014. And though agents had evidence of criminal wrongdoing they collected since at least 2009, federal prosecutors only cited in the plea agreement a handful of transactions that occurred in 2011 and 2012, well after the Committee on Foreign Investment in the United States’s approval.

The final court case also made no mention of any connection to the influence peddling conversations the FBI undercover informant witnessed about the Russian nuclear officials trying to ingratiate themselves with the Clintons even though agents had gathered documents showing the transmission of millions of dollars from Russia’s nuclear industry to an American entity that had provided assistance to Bill Clinton’s foundation, sources confirmed to The Hill.

Ronald Hosko, who served as the assistant FBI director in charge of criminal cases when the investigation was underway said he wasn’t told about the case. Mike Rogers who back then was a congressman from Michigan and Chairman of the House Intelligence Committee was never briefed on the case

“Not providing information on a corruption scheme before the Russian uranium deal was approved by U.S. regulators and engage appropriate congressional committees has served to undermine U.S. national security interests by the very people charged with protecting them,”Rogers said. “The Russian efforts to manipulate our American political enterprise is breathtaking.”

Perhaps the silence was based on the fact that on April 12, 2015, Hillary Clinton announced her intention to succeed Barack Obama.  Based on the latest information about James Comey and the email investigation we know the Obama Administration wouldn’t do anything to make Hillary look bad (she did that on her own).