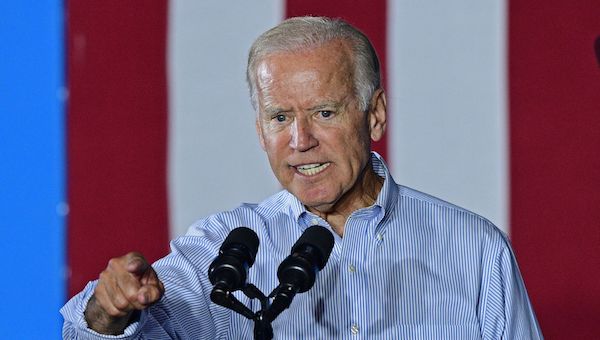 With the crisis at the southern border of the United States continuing to spiral out of control, plenty of lawmakers are growing irate over the White House’s complete lack of effort on the subject.

As it turns out, President Joe Biden is one of those irate lawmakers.

President Biden was furious and cursed repeatedly about the border crisis as illegal immigrants kept flocking to the overwhelmed southern border, according to an upcoming book detailing the first years of Biden’s presidency.

In “The Fight of His Life: Inside Joe Biden’s White House,” author Chris Whipple describes Biden’s fury as his administration attempted to get a grip of the raging crisis at the border in 2021 – where a historic surge was underway and there was growing criticism of his administration.

“Meanwhile, illegal immigrants kept arriving. And Biden was furious,” the book says. “Aides had rarely seen him so angry. From all over the West Wing, you could hear the president cursing, dropping f-bombs (he’d always apologize when women were present).”

Biden’s anger appeared to be growing exponentially as well.

In another part of the book, Whipple goes back to the crisis at the border, writing: “Next to vaccine disinformation, this was the thing that made Biden’s blood boil.”

Whipple also describes Biden as “on a short fuse” on a separate issue later in the year.

“Early in his term, he had reserved the f-bomb mostly for discussions of the southern border, but lately, he was using it more often,” the book says.

The book has also claimed that Biden has been less than impressed with his Vice President, Kamala Harris, whose inaction on the border has been a constant source of frustration for Americans.