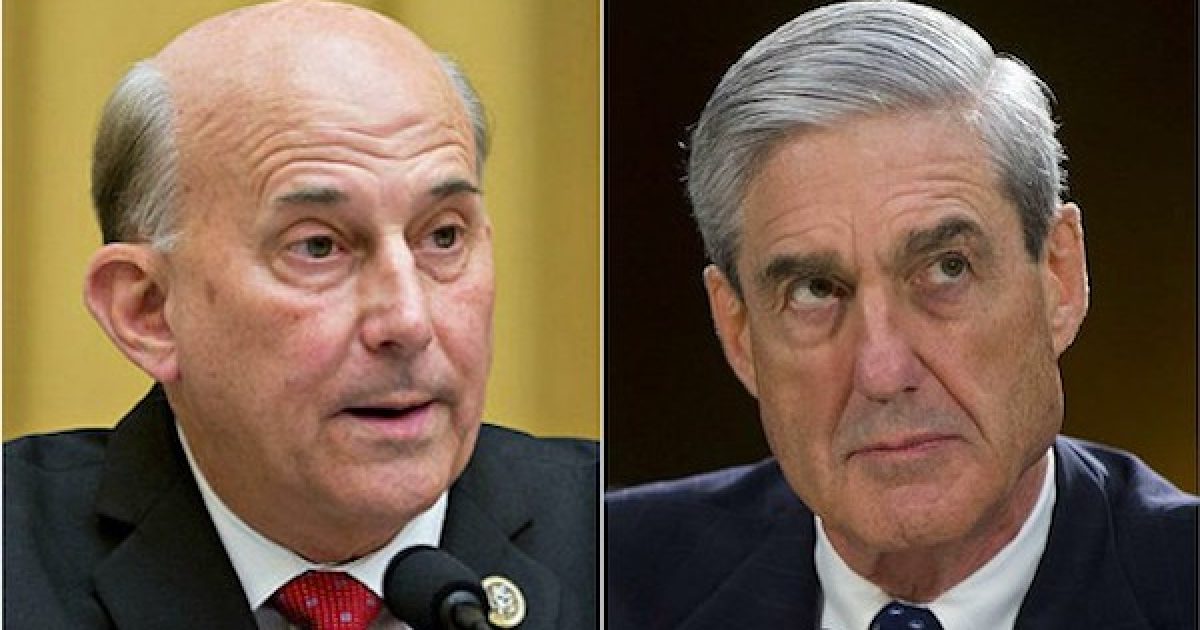 One thing heard over and over by politicians of all persuasions is that Special Prosecutor Robert Mueller is an honest and capable prosecutor.  Rep. Louie Gohmert (R-TX) disagrees and proves it. The Texas Republican has put together a 48-page research document (below) that “unmasks” the spin about Mueller and exposes him as a prosecutorial tyrant.

“Robert Mueller has a long and sordid history of illicitly targeting innocent people that is a stain upon the legacy of American jurisprudence. He lacks the judgment and credibility to lead the prosecution of anyone.

What I have accumulated here is absolutely shocking upon the realization that Mueller’s disreputable, twisted history speaks to the character of the” man placed in a position to attempt to legalize a coup against a lawfully-elected President.

And what Rep. Gohmert found is certainly frightening, not only because he is running the investigation of President Trump but because he was ever placed in a prosecutorial position. Everything the Congressman writes about has the proper attribution.

Included in Gohmert’s document is everything from how Mueller’s actions helped Whitey Bulger murder his mob competition and put innocent people in jail, how he leaked information to ruin Congressman Weldon’s career, broke 200 years of tradition to run unsupervised searches of congressional offices, abuse of national security letters and the 4th amendment, witch hunt of Sen. Ted Stevens, framing of Scooter Libby, and much, much more.

When this document was first sent to me I was suspicious of its origin, so I called Rep. Gohmert’s office who confirmed it came from him. And the congressman was on the Sean Hannity show yesterday to discuss the document.

Please read the below, you will find that the investigation shows Mueller to be an expert at threatening our Constitutional rights.