Another Democrat Falls Victim to #MeToo, GOP Ready to Pounce 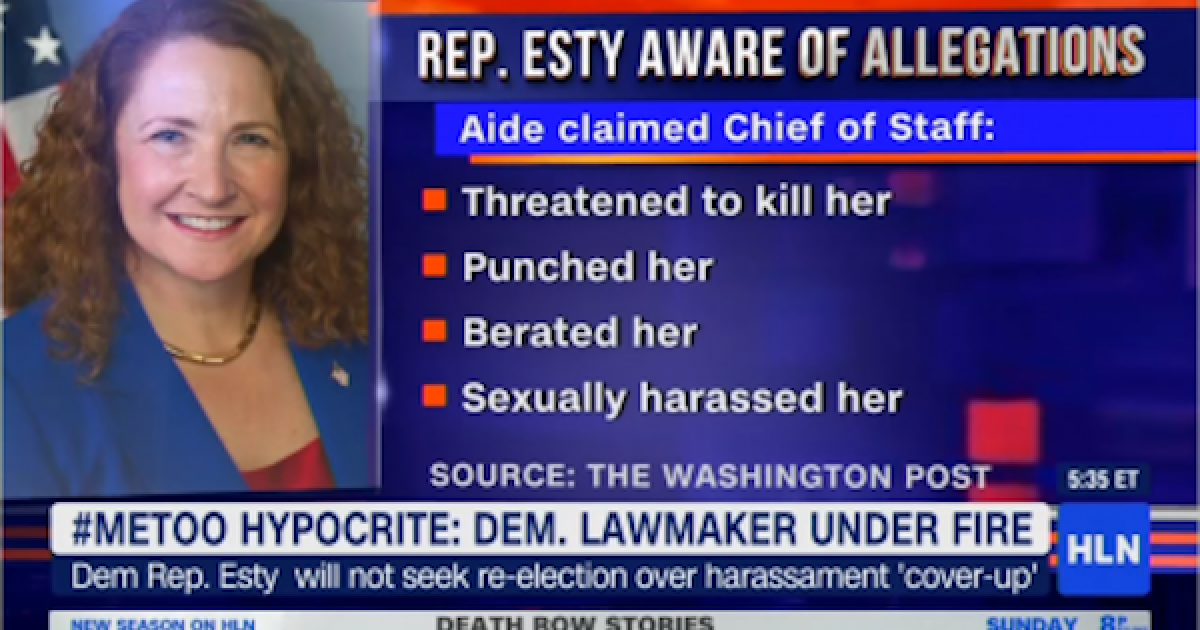 That’s not to say that there aren’t bad actors on the right who deserve to be derided and decommissioned for their neanderthal behavior towards the opposite sex (both male and female). However, it really has seemed that over the last year the majority of those being outed as vile perverts and enablers of vile perverts have been on the left. And in the latest case, it may help flip Rep. Esty’s seat to the GOP.

Congresswoman Elizabeth Esty (D-CT) has been caught up in a scandal that should have never been. It’s actually a prime example of how enablers of sexual violence get in trouble for the actions of those around them.

Etsy’s former chief of staff, Tony Baker, apparently treated his female employees with much disdain, and even harassed and threatened the life of on female staffer. When Etsy was made aware of Baker’s ugly behavior before she launched an internal investigation into his behavior, but after learning about the kind of man he truly was… she postponed doing anything about it.

But instead of firing Baker, Esty kept him on her payroll for three months; paid him $5,000 in severance from her congressional fund; signed a nondisclosure agreement about the reasons Baker was no longer with her office; and even co-authored a recommendation letter touting Baker’s “considerable skills” that he used to land a job as Ohio director of the gun control group Sandy Hook Promise.

Etsy’s decision to keep Baker around, after learning about his ugly behavior showed questionable judgment (at best). Her decision to pay him severance showed her callous indifference to her female staff. Her decision to give him a glowing recommendation and send him to a new cushy job without first warning them about how dangerous he was, that’s downright immoral. 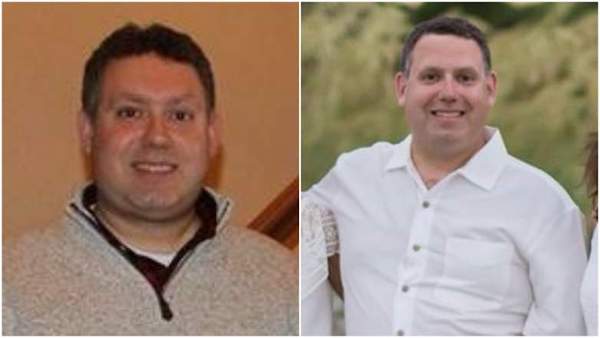 In the wake of this news going public, Etsy tried to do some damage control in an effort to save her job. However, within a few days and facing continued criticism from both the right and the left, Etsy decided that pressing on with her reelection campaign would not be worth her time, effort, or money.

From being a room parent in a first grade classroom to serving on the library board, town council, state house and U.S. Congress, I went into public service to fight for equality, justice, and fairness. It is one of the greatest honors of my life that the people of Connecticut’s Fifth District elected me to represent them in Congress. However, I have determined that it is in the best interest of my constituents and my family to end my time in Congress at the end of this year and not seek re-election.

Too many women have been harmed by harassment in the workplace. In the terrible situation in my office, I could have and should have done better. To the survivor, I want to express my strongest apology for letting you down. In Congress, and workplaces across the country, we need stronger workplace protections and to provide employees with a platform to raise concerns, address problems, and work to reduce and eliminate such occurrences, in the first place. In my final months in Congress, I will use my power to fight for action and meaningful change.

I’m proud of the work I’ve done in Congress fighting for what’s best for Connecticut: working for gun violence prevention and safer communities for our children, supporting our veterans, and fighting for women’s equality and access to health care. On these critical issues and many more, there is still so much at stake for my district and for our nation. I intend to spend the coming months doing what I’ve always done: working hard each and every day for the people of Connecticut.

There is some very good news for Republicans coming from Etsy’s retirement, and it’s not just that a Democrat incumbent is out of the race. Etsy’s district has generally been considered a competitive one, the GOP had already targeted it as a prime district for flipping, it’s a district that Hillary Clinton won by just 4% in 2016, and now that the incumbent is out it forces the Democrats to scramble for a replacement.

After narrowly winning her 5th District seat in 2012, Esty has since been re-elected comfortably, winning a third term in 2016 by 16 points.

But her decision to retire could open up a potentially competitive district, which Hillary Clinton carried by 4 points in 2016. Esty’s seat was already on the National Republican Congressional Committee list of targets and the group could redouble its efforts with no incumbent in the race.

This seat is prime for flipping, and it’s all thanks to the #MeToo movement.