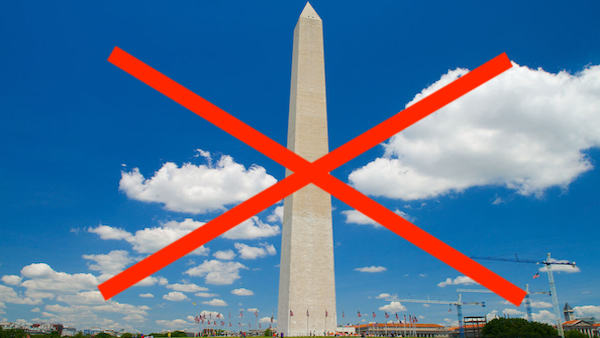 … to review the legacy of namesakes, including buildings, parks, public spaces,  street names, and monuments, to ensure the people who had assets named after them did not contribute to the nation’s history of slavery, systemic racism, and other biases, and, instead, are consistent with our D.C. values — empowering and uplifting African Americans and other communities of color.

(…) We believe strongly that all District of Columbia owned public spaces, facilities and commemorative works should only honor those individuals who exemplified those values such as equity, opportunity, and diversity that DC residents hold dear,” the committee’s chairs, Bowser advisor Beverly Perry and public library director Richard Reyes-Gavilan wrote in a letter introducing their report.

The committee recommended renaming dozens of public schools, parks, and city-owned government buildings in D.C.after studying the historical namesakes’ connections to slavery and/or other types of oppression.

2020 has been the year of “cancel culture,” with celebrities, politicians, and anyone who’s ever held an opinion that is mildly divergent from the politically correct left coming under attack. The biggest victim of cancel culture has been American history.  This concerted effort to revise history to fit the modern social justice is part of their effort to portray the U.S. as an evil nation that must be transformed

Of course, the people who contributed to America’s greatness did awful things–that’s what makes them human.  Using their logic, do we remove names from the Bible? Moses disobeyed God and struck a rock, but he led the slaves out of Egypt. King David wrote the Psalms but slept around. Solomon was granted wisdom by God and broke the rules about kings having too many wives and horses.  By learning about their good and evil, we can strive for their human achievements and avoid their human failings.

In the same vein, Jefferson had slaves, but he wrote the Declaration of Independence, declaring that our rights come from our creator. Therefore no human can take them away. George Washington had slaves, but he not only the revolutionary soldiers and defeated the British, but became our first president and began our tradition of a peaceful transition of power that lasted until 2016.

No human in history was perfect. That doesn’t mean we should forget the people who became heroes despite their failings.

Below is a PDF of the full DC Faces recommendation: