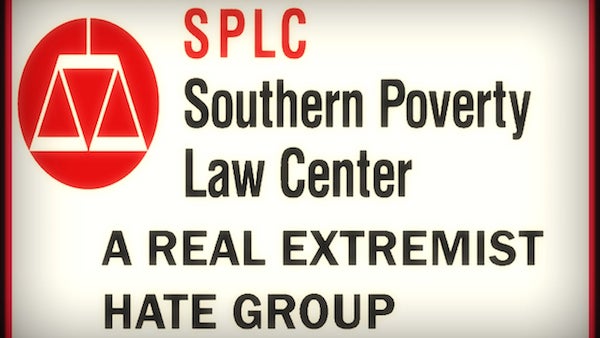 The Southern Poverty Law Center (SPLC) is over-the-line liberal loony-toons organization posing as a civil rights charity who exists by the motto “If you are a conservative you are a racist or some other type of bigot. One target of the SPLC has had enough. The Federation for American Immigration Reform, known as FAIR, has filed a formal legal complaint with the IRS claiming that the SPLC was engaging in political activity as opposed to the educational activity allowed per the 501(C)(3) tax exemption rules(complaint embedded below).

“Any honest examination of this record can only lead to the conclusion that the SPLC was engaged in on-going prohibited political activity,” said FAIR President Dan Stein

According to the complaint, the SPLC violated its non-profit tax status nearly 50 times during the 2016 presidential election cycle. As a 501(C) (3) the SPLC is allowed to advocate for particular issue, but advocating for or against particular candidates is not allowed. The advocacy has to be more than, “that position on an issue is screwed up” an organization has to educate about the issue.

Per the IRS rules:

An organization may be educational even though it advocates a particular position or viewpoint so long as it presents a sufficiently full and fair exposition of the pertinent facts as to permit an individual or the public to form an independent opinion or conclusion. On the other hand, an organization is not educational if its principal function is the mere presentation of unsupported opinion.

(…)The IRS has identified four factors that lead to the conclusion the method is not educational:

FAIR’s complaint charges that the SPLC participated  in “communication activities prohibited by the IRS in a ‘flagrant, continued and intentional campaign’ targeting then-Presidential candidate Donald J. Trump and other Republican candidates.” FAIR points out that the SPLC,  made numerous sweeping, opinion-based statements about the current president during his 2016 campaign, accusing him of being “embraced by right-wing extremists,” “helping drive mainstream interest to racist memes” and manufacturing a “climate of fear” which might “ultimately lead[] to hate violence.”

“The SPLC went way over the line in this last election. It publicly engaged in deep, deliberate, and unlawful participation during the 2016 presidential election cycle, flagrantly violating its non-profit tax status,” alleges FAIR President Dan Stein. “The IRS should investigate all of these instances, and take appropriate steps to either sanction and fine the SPLC, or remove its tax-exempt status as a public charity. We are alleging – via meticulously detailed documented evidence – that it repeatedly engaged in widespread, illegal electioneering in 2015 and 2016,” he said.

Stein noted the SPLC used its website and homepage to overtly try to directly discredit Donald Trump’s presidential campaign, alleging in instance after instance that Trump was unworthy of voter support. The SPLC used its tried and true formula of opinion-based smears and innuendos – tactics that it claims shield it from liability suits – to engage in blatant political activity masquerading as “teaching tolerance.”   The complaint reiterates that “smear[ing] by association” is a “primary technique” of the SPLC and, in this case, one clearly and obviously intended to sway public opinion against candidate Trump and other campaigns.

FAIR also points out that the SPLC accused the then-candidate Trump of:  “horrif[ying] Latinos, immigrants, and millions of others,” “inject[ing] real hate into the electoral contest” and “ratchet[ing] up” hatred against Muslims in particular.

These and other communications documented in the complaint clearly lacked any educational and public-interest value and instead were part of an overt, ongoing, orchestrated effort to sway voters in their voting preferences.

“Clearly, the primary goal of the SPLC in 2016 was to ensure that Donald J. Trump was not elected president,” said Stein. “Any honest examination of this record can only lead to the conclusion that the SPLC was engaged in on-going prohibited political activity.”

Some of the specifics FAIR mentions in its complaint includes:

“FAIR is filing this complaint,” says Stein, “not to defend any particular administration, but because the integrity of the not-for-profit rules need to be respected for all. The government should not be subsidizing this kind of ‘dark money’ political activity. We believe that a full IRS investigation of these activities is appropriate given the nature of the abuse and its duration. The violations are overt, and reflect the fact that the IRS has not been ensuring that the 501(c)(3) community is held to the appropriate standards.”

FAIR should be commended (and if one can afford it, donated to) as the SPLC an organization that hates anything conservative.

Any time the liberal media want to disparage the right side of the political spectrum, they call on a pool of go-to guys and gals to make their case for them. It’s not news reporting; it’s ideological position marketing designed to destroy the competition and one of their go-to groups is the anti-anything to the right of Ted Kennedy group the Southern Poverty Law Center (SPLC). They are not educational as a 501(C)(3) is supposed to be, they are a hate conservatives group.
PAW Complaint by Jeffrey Dunetz on Scribd