A New Name For Orwell's Ministry Of Truth? 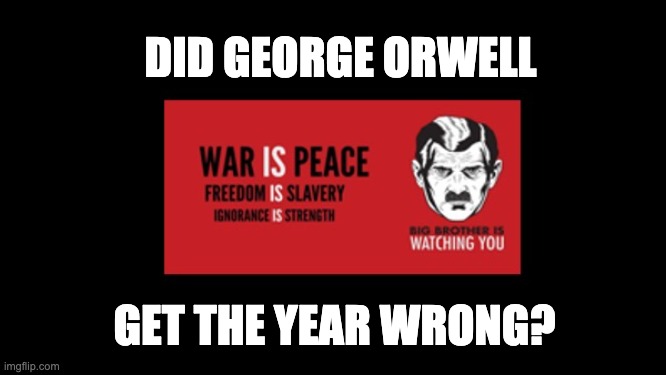 “I worry that unless the Biden administration treats conspiracy theories and disinformation as the urgent threats they are, our parallel universes will only drift further apart, and the potential for violent unrest and civic dysfunction will only grow,” he wrote.

Roose claimed he spoke to several “experts” who seemed to agree that something needed to be done by the new re-Bama administration.  Here’s just a bit of what he says he was told:

Joan Donovan, the research director of Harvard University’s Shorenstein Center on Media, Politics and Public Policy, suggested that the Biden administration could set up a “truth commission,” similar to the 9/11 Commission, to investigate the planning and execution of the Capitol siege on Jan. 6. This effort, she said, would ideally be led by people with deep knowledge of the many “networked factions” that coordinated and carried out the riot, including white supremacist groups and far-right militias.

“There must be accountability for these actions,” Dr. Donovan said. “My fear is that we will get distracted as a society and focus too much on giving voice to the fringe groups that came out in droves for Trump.”

These experts were heartened that the Biden administration had already announced a “comprehensive threat assessment” of domestic extremism after the Capitol riots. But they cautioned that categorizing these extremists as “domestic terrorists” — while understandable, given the damage they’ve caused — could backfire. They noted that counterterrorism efforts had historically been used to justify expanding state power in ways that end up harming religious and ethnic minorities, and that today’s domestic extremism crisis didn’t map neatly onto older, more conventional types of terror threats.

And leading this effort would be something called a “reality czar.”  Seriously.  Because the typical liberal opinion is that mankind is basically evil and stupid therefore the American people need someone to tell them what reality is:

Several experts I spoke with recommended that the Biden administration put together a cross-agency task force to tackle disinformation and domestic extremism, which would be led by something like a “reality czar.”

But who tells the “reality czar” what the truth is? The government doesn’t know For over two years, Americans were told by people in the government that Donald Trump colluded with the Russians, we were told that a COVID vaccine couldn’t happen in less than a year, or that masks wouldn’t help, then that they would help, that there can’t be any new Middle East peace deals without pleasing the Palestinians first.

And of course, this new regime would work closely with Big Tech and the liberal mainstream media.  In other words, the “reality czar” won’t have anything to do with reality. Instead, it will be the re-Bama government’s way to enforce its version of reality.