Hey Liberals, Read The Alito Document Or SHUT UP! 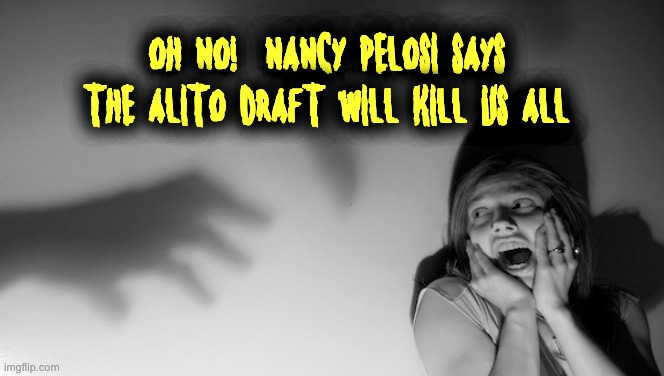 This might sound like I am sick and tired of hearing the liberal’s claims. But I AM indeed sick and tired of hearing them. Since the Alito document was released, crazy liberals have begun fear-mongering about the draft Alto decision. The lies result from either the fear-mongers being too lazy to read, don’t know how to read, or having read it and trying to make it look bad. If you wish to read it, there’s a copy embedded below.

For example, as soon as the document was released, the meanest idiot on TV, Joy Behar, claimed the Supreme Court was considering bringing back racial segregation in American schools.

Senator Pocahantas Warren (D-MA) proclaimed that ” based on Justice Alito’s argument in a leaked draft decision that the court never had the right to rule on nationwide abortion laws in the first place should make supporters of gay and interracial marriage “nervous.”

The Alito document says explicitly that this ruling only applies to abortion because it is different than any other intimate sexual relation.

The US president called the provisional court opinion “radical” and said the ruling, if handed down, would represent a “fundamental shift in American jurisprudence” and could imperil rights, including same-sex marriage and access to contraception.

Biden also said, Roe has been the law of the land for almost fifty years, and basic fairness and the stability of our law demand that it not be overturned. And that’s from a guy who fought against Row and Abortion as a senator.

Those who agree with Biden’s opinion about the court having no right to overturn a decision made 50 years before. Allow me to remind the senile president and fans of his 50-year- statement about the 1956 decision of Brown v. Board of Education. That ruling condemned segregation as unconstitutional. The Brown case overturned a 60-year-old Plessy v. Ferguson decision. It was a racist decision that said segregation was lawful as long as the segregation was separate but equal.

The quotes below are from the Alito document. Those quotes address the fear-mongering above along with similar attempts to scare Americans.

The full Alito document is embedded below:

A paragraph on page 5 reads: .” Roe’s defenders characterize the abortion right as similar to the rights recognized in past decisions involving matters such as intimate xs, contraception, and marriage, but abortion is fundamentally different, as both Roe and Casey acknowledged, because it destroys what those decisions called “fetal life” and what the law now before us describes as an “unborn human being”

And on page 62: “As even the Casey plurality recognized, “[aJbortion is a unique act” because it terminates “life or potential life.” 505 U.S, at 852; see also Roe, 410 U. 8., at 159 (abortion is “inherently different from marital intimacy,” “marriage,” or“procreation”). And to ensure that our decision is not misunderstood or mischaracterized, we emphasize that our decision concerns the constitutional right to abortion and no other right. Nothing in this opinion should be understood to cast doubt on precedents that do not concern abortion.”