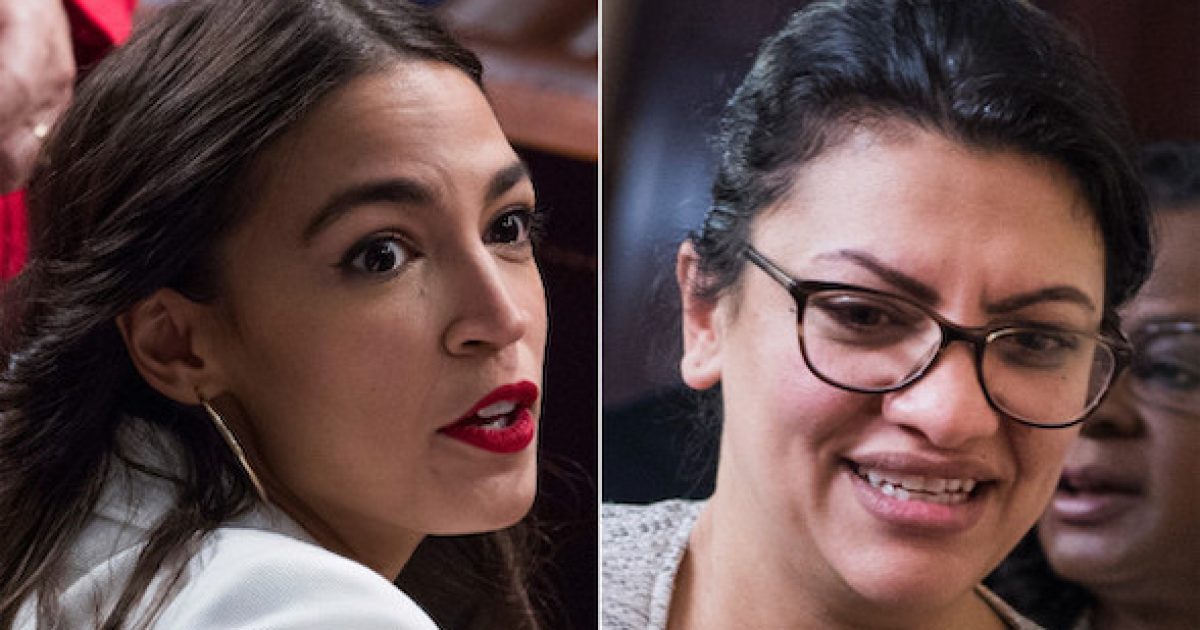 The Committee will provide a major platform for those Democrats tasked with investigating the Trump administration.

Those named to the panel include the aforementioned Rep. Ocasio-Cortez of New York and Rep. Tlaib from Michigan, as well as Rep. Ayanna Pressley of Massachusetts and Rep. Ro Khanna of California.

It is Ocasio-Cortez and Tlaib who will garner the most attention, indicating the Democrat party is now moving further toward the radical left, uninterested in governing with intelligence, decorum, or integrity but rather, looking to placate their extremist base.

Aside from the well-documented litany of unintelligent statements that have come out of Ocasio-Cortez’s mouth since she won her seat – including illegal immigrants are more American than the President and ICE “incarcerates children and sexually assaults women with impunity” – comes the following gem.

In an interview with Ta-Nehisi Coates, the New York socialist claimed the world was going to end in 12 years due to global warming.

“Millennials and people, you know, Gen Z and all these folks that will come after us are looking up and we’re like: ‘The world is gonna end in 12 years if we don’t address climate change and your biggest issue is, how are we gonna pay for it?’” Ocasio-Cortez said.

White House press secretary Sarah Sanders obliterated her responding, “I don’t think we’re going to listen to her on much of anything – particularly not on matters we’re gonna leave in the hands of a much, much higher authority – and certainly, not listen to the freshman congresswoman on when the world may end.”

Alexandria Ocasio-Cortez just said the world is going to end in 12 years because of climate change.

Please retweet to show the world she has no idea what she is talking about! pic.twitter.com/de1rBubd2h

In that same interview, the Democrat also suggested the United States should pay reparations like Nazi Germany.

Words aren’t simply the problem – Ocasio-Cortez is a clown sideshow when it comes to governing as well, recently leading freshman Democrats on an ill-conceived hunt for Mitch McConnell during the shutdown which led to mockery from media icon Tom Brokaw.

Her appointment to this committee will more than likely be beneficial to the administration, exposing the party as one that is being led by incompetent radicals.

Tlaib Wants to Impeach the MFer

Rep. Tlaib being awarded anything is an appalling move by House Speaker Pelosi. If anything she should have already been censured by her colleagues, not given a committee post.

You may recall that it was just weeks ago that Tlaib screeched to her supporters in a vulgar rant about impeaching President Trump.

“When your son looks at you and says: ‘Momma, look, you won. Bullies don’t win.’ And I said, ‘Baby, they don’t,’ Tlaib said. “Because we’re going to go in there, and we’re going to impeach the motherf***er.”

Now Democrats are allowing that mindset into the House Oversight Committee?

Republicans, rightly so, have discussed a censure for Tlaib for her juvenile outburst.

If you thought there was a fracture between old-school Democrats and the new wave radicals, think again. The party is wholly an extremist resistance movement at this point, and they’re actually being led by these alt-left lunatics.