He Knew the Holocaust Was Happening But Said Nothing 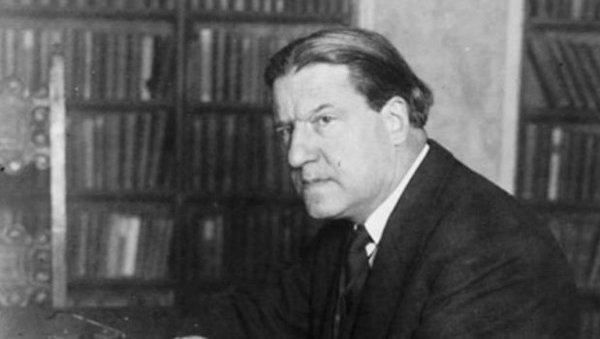 Rabbi Stephen S. Wise, the most prominent American Jewish leader of the 1930s and 1940s, was a renowned orator who did not shy away from using his sermons to address social and political controversies. But on Yom Kippur in September 1942, as the Holocaust raged in Europe, the cat got his tongue.

On August 25, 1942, Wise had received a stunning telegram from his trusted colleague in Geneva, World Jewish Congress representative Gerhart Riegner. Citing an informant connected to “the highest German authorities,” Riegner reported that the Nazis intended to deport “all Jews in countries occupied or controlled by Germany” to locations in “the East,” where they would be “exterminated, in order to resolve once and for all the Jewish question in Europe.” 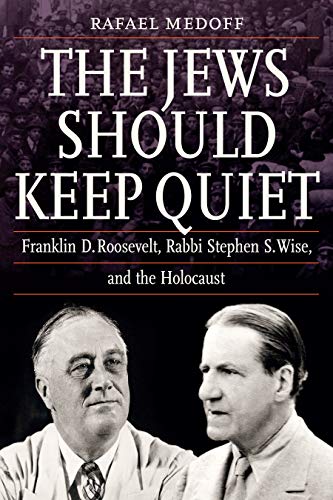 Wise immediately contacted the State Department, where Undersecretary of State Sumner Welles pretended to be surprised. In reality, he and other Roosevelt administration officials had received Riegner’s information days earlier but suppressed it for fear it would cause Jewish leaders to press for U.S. intervention. Welles said he would investigate Riegner’s message and asked Wise to withhold it from the public in the meantime.

Rabbi Wise’s agreement to temporarily suppress the telegram has been the subject of much controversy ever since. Several factors need to be considered. First, it is clear from Wise’s private correspondence that he believed Welles would be able to confirm or deny the news in a matter of days. Second, Wise had no way to independently confirm the information, and he did not want to risk spreading news that might turn out to be false. In addition, Wise feared that defying Welles’s request would jeopardize his relationship with the State Department, whose assistance he might need in responding to the mass killings.

Yet Rabbi Wise went much further than Welles requested. The undersecretary asked him only not to reveal the Riegner telegram; he did not ask Wise to refrain from discussing any other Nazi atrocity reports. In the weeks to follow—the three and a half weeks leading up to Yom Kippur—there were many such reports. Yet Wise chose to hold his tongue about them, too.

On September 3, Wise and other Jewish leaders received a telegram from Switzerland-based Orthodox rescue activists that reported: “German authorities have recently evacuated Warsaw Ghetto and bestially murdered about 100,000 Jews. These mass murders are continuing.” A few days later, Wise received a report from the Geneva office of the Jewish Agency for Palestine, based on “two reliable eyewitnesses (Aryans),” that over 100,000 Jews had been systematically slaughtered in Poland and Lithuania “in camps especially prepared for the purpose.”

The Jewish Telegraphic Agency’s Daily News Bulletin, which was required reading for American Jewish leaders and served as the major source of international news for the U.S. Jewish news media, provided additional information in the days to follow concerning atrocities in German-occupied territory. In Velizh, the JTA reported, 900 Jews had been confined to a pigsty, which the Germans locked and set ablaze. In Kovno, 800 Jews were herded into a fire station, where they were starved for eight days and then shot en masse.

Most alarming was the report that landed on Wise’s desk on September 20,  the morning before Yom Kippur, presumably just as he was preparing his remarks for that solemn occasion. According to that day’s JTA Bulletin, “massacres of Jews on an unprecedented scale are now taking place all over Nazi-occupied Poland,” as part of German’s strategy “of total extermination of the Jews in Poland.”

Rabbi Wise’s annual High Holiday sermons at his Free Synagogue, in Manhattan, attracted the largest audiences of the year, as well as the possibility of coverage by the New York Times or other news media. It was a prime opportunity to call attention to the issue that most concerned him. And as the name of the synagogue indicated, Wise founded it on the principle that the rabbi should be completely free to speak his mind.

Yet when he rose to speak on Kol Nidrei evening, the issue Rabbi Wise chose was not the escalating persecution of the Jews in Europe. It was the compatibility of Judaism and American citizenship. Others might find themselves confounded by “conflicts of loyalties” between their religion and their country, but not the Jews, he assured his congregation; “we have long known that there is no such conflict for us, that our own is an utterly undivided and indivisible allegiance to our country.”

Then, on Yom Kippur morning, Wise began his sermon by posing what was apparently the second most urgent question on his mind: “Who is not enthralled by life’s grandeurs?” His answer: While “others” lived lives in which “barbarism and willful savagery obtain,” the Jews appreciate that “every day presents new and thrilling proofs of the deathless quality of life.” This, he concluded, “was what our fathers meant” in their teachings concerning Yom Kippur.

Rabbi Wise’s decision to refrain from speaking on Yom Kippur about the mass slaughter in Europe was not the result of his promise to suppress the Riegner telegram; nothing in Wise’s pledge to Undersecretary Welles precluded him from using his Yom Kippur sermons to speak about the other reports of mass murder.

Rather, Wise’s choice reflected an unfortunate human quality found among some leaders of Jewish organizations in every generation—the tendency to get stuck in familiar patterns of behavior, to resort to the same old sermons and press releases and slogans; the inability to think outside the box, to recognize new realities, and to respond in ways previously unimagined. Elderly, ailing, and utterly unwilling to share his power with younger colleagues, Rabbi Wise proved to be the wrong man, at the wrong time, to stand at the helm of American Jewish leadership.

Yet even as we note Rabbi Wise’s shortcomings, it is fair to ask: Have today’s American Jewish leaders learned from Wise’s mistakes? How often does it happen in our own time that the leader of a major Jewish or Zionist organization, who has held office for decades, is willing to forego the perks of power and finally recognize that the time has come to step aside?

(Dr. Medoff is founding director of The David S. Wyman Institute for Holocaust Studies and author of more than 20 books about Jewish history and the Holocaust. This essay is based on his most recent book, The Jews Should Keep Quiet: Franklin D. Roosevelt, Rabbi Stephen S. Wise, and the Holocaust, published by the Jewish Publication Society of America / University of Nebraska Press. And available at Amazon)