It’s Certainly Not Helping His Case, Either. 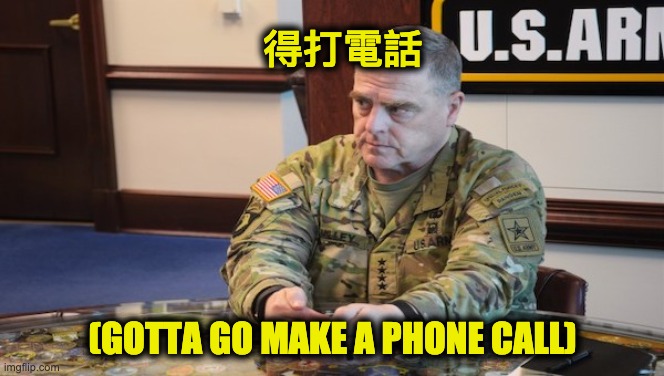 This week, America is demanding answers, but the Pentagon doesn’t seem interested in obliging the taxpayers who employ them.

What the nation wants to know is whether or not Gen. Mark Milley overstepped the chain of command during the latter days of the Trump presidency by calling China to reassure them that they’d be warned of any attack by the then-President. Or if he really needed to insert himself into the nuclear launch protocols in a secret meeting at the DOD.

Or if any of this is true, or just more conjecture, as told to Robert Costa and Bob Woodward.

If it’s up to the Pentagon, I guess we’ll never know.

The Pentagon declined to confirm or deny reports from a new book alleging that Chairman of the Joint Chiefs of Staff Gen. Mark Milley overstepped his power during the end of the Trump presidency.

“I can’t speak to the validity,” Pentagon spokesperson John Kirby told Fox News’ Jennifer Griffin when asked about the specific allegation that Milley secretly attempted to prevent Trump from having the ability to launch nuclear weapons, a claim published in the new book co-written by Washington Post associate editor Bob Woodward and national political reporter Bob Costa. “But I see nothing in what I’ve read that would cause any concern.”

And then – a subtle defense.

“It is completely appropriate for the Chairman of the Joint Chiefs of Staff as the senior military adviser to both the secretary and the president to want to see those protocols reviewed on whatever frequent basis he wants to do that,” Kirby said.

Milley has thus far side-stepped a plethora of calls for his resignation over the matter, but those cries are getting louder by the day.