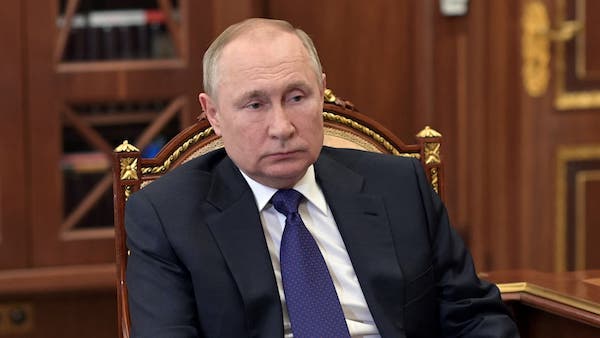 The Union of Soviet Socialist Republic (USSR) and its iron-fisted rule were created after the allied victory in WWII. The fall of Communism brought the end of the Cold War, leading the USSR’s union’s component states to declare their autonomy from their Moscow taskmasters.

Post-Cold War in 1991, the Russian population tasted freedom for the first time in almost seventy years. But that didn’t last long. Vladimir Putin became president in 2000.

After taking control of the Russian government, Putin increased his power, reduced freedoms, killed opponents, and found ways to skirt the Russian “no more than three consecutive terms” law.

Putin’s “accomplishment’ was to return Russia to the iron-fisted tyranny of the Czar and the Communist leaders. As president, he pledged to restore Russia’s prominence as a world power and create a Russian empire by reabsorbing the now-independent former Soviet satellite country.

That second goal was behind the Russian takeover of Crimea in 2014 and the invasion of Ukraine in February 2022.

The February invasion of Ukraine was a big mistake for Putin as he began to look vulnerable, leading to the perception that his iron-fisted rule was disintegrating.

The Feb. 2022 invasion was supposed to last 48 hours. Those 48 hours turned into eight months and counting, and Ukraine seems to be defeating what was once considered the second most powerful military in the world.

The Ukraine war has been criticized by senior Russian military leaders, past and present. Putin isn’t mentioned by the critics they all know it’s Putin’s war, and their criticism is eroding Putin’s role as Commander-in-Chief.

As the war and deaths continue, belief in the power of the Putin-led military has fallen.

Tens of thousands of Russian men have left the country to avoid being drafted and sent to Ukraine. Lt-Col Roman Malyk, who was in charge of getting 300,000 conscripts, was found dead outside his home, supposedly by suicide (at least that’s what the Kremlin is saying). The draft was troubled from the start, especially when one considers that all Russian men under the age of 65 are considered reservists.

There are reports of a great number of Russian soldiers going AWOL however the actual number hasn’t been reported.

Anti-war protests have spread across the country. two protests (Sept.21 and 24) resulted in over 2,200 arrests (mostly women).  Men were afraid to participate as if they were caught, they would be automatically sent to fight.

Many of the arrested female protesters are abused:

Female protesters in Russia are particularly vulnerable to the threat of sexual violence, said OVD-Info lawyer Daria Korolenko. The group documented about 200 cases of women threatened with sexual violence, deprived of food or sleep or subjected to other mistreatment while detained over protests between Sept. 21 and 26.

At best, the Russian military effort in Ukraine is a quagmire. And Putin is getting more desperate to win the war by any means. He’s purposely bombed civilian areas in Ukraine and threatened nuclear war.  Putin’s desperate moves are kept from the average Russian but not leaders. The desperation must be eroding the perception of his ability among some of the senior Kremlin bureaucrats. military leaders, and oligarchs.

The Ukraine invasion has deteriorated Putin’s image as a strong leader to the average Russian and to the upper levels of the groups that keep him in power. The question remains will he be able to turn things around and stay in power, or will he be forced out.