Putin Tells U.S. To Tone Down Rhetoric Because U.S./N Korea Are On Brink Of War 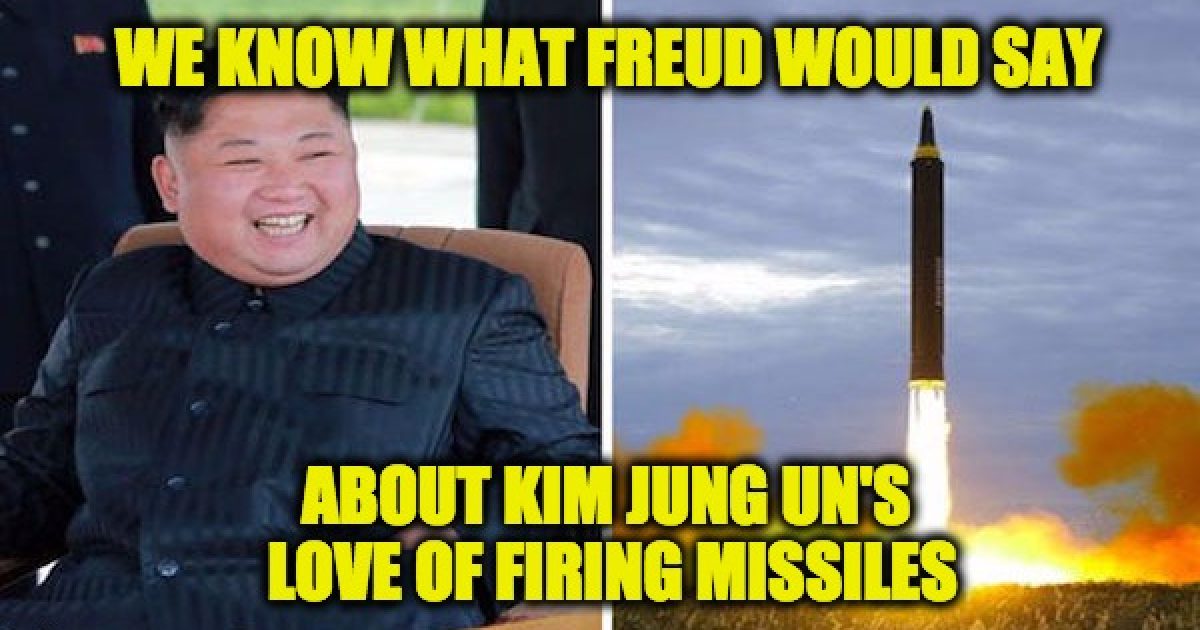 The tensions between the United States and North Korea are at an all-time high. Now Russian president Putin is getting involved and not in a positive way. The short tyrant with the lousy haircut with this boot on the throats of the North Korean people crossed another boundary on Tuesday by shooting one of his missiles over close American ally Japan.

While Kim has received a number of fierce warnings from U.S. President Trump and American military leaders, the dainty dictator has refused to yield. Freud would say he shoots off his missiles because his manhood doesn’t work.

President Trump has expressed his anger at the diminutive despot and has pressured China to push Kim Jung Un to stop the nonsense, but now an all-too familiar face has interjected himself into the fray with a serious warning:

“Russian President Vladimir Putin cautioned the United States on Friday not to apply too much pressure on North Korea regarding its nuclear weapon program, saying the strained relationship between the two countries was ‘on the verge of a large-scale conflict.’

“Putin posted the warning on the Kremlin website before he left for the BRICS nations summit in China, Reuters reported. Putin called on the two nations to open up dialogue with one another.

“‘It is essential to resolve the region’s problems through direct dialogue involving all sides without advancing any preconditions [for such talks],’ Putin wrote. ‘Provocations, pressure and bellicose and offensive rhetoric is the road to nowhere.

I wonder why Putin would criticise the President’s rhetoric? The Democrats say the two are buddies, could they be wrong?

“Putin wrote that relations between the two countries had worsened to the point that it had ‘balanced on the verge of a large-scale conflict.’

“‘In Russia’s opinion the calculation that it is possible to halt North Korea’s nuclear missile programs exclusively by putting pressure on Pyongyang is erroneous and futile,’ Putin wrote.”

After shooting off his missiles Kim Jung Un called them a “meaningful prelude” to containing Guam, repeating his threat from a month ago.

Showing that the U.S. can no longer be intimidated after the launch President Trump said  that “all options are on the table.”

“The world has received North Korea’s latest message loud and clear: this regime has signaled its contempt for its neighbors, for all members of the United Nations, and for minimum standards of acceptable international behavior.”

General Mattis reiterated that negotiation were preferred but all options were on the table. But I don’t believe the lunatic dictator’s rantings, or those of Putin will intimidate this adminsitration from taking a strong stance.