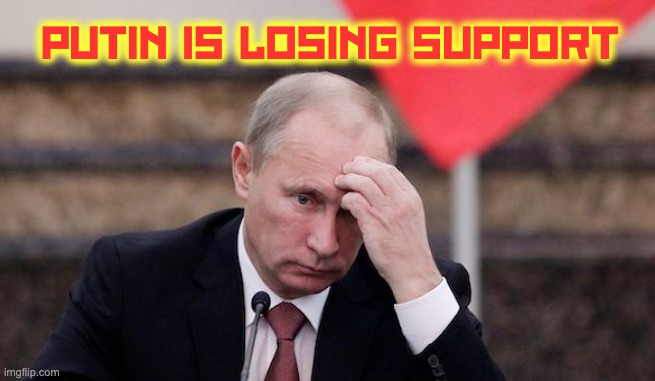 Russian President Vladimir Putin rarely gets public criticism. But because the Russian people were told that the Ukraine war would last 48 hours. By May 31, it has endured 97 days—Putin has faced public criticism from senior Kremlin officials and other well-known Russian influencers, indicating Putin may be losing support.

Before the invasion, people who publicly disagreed with Putin on political issues disappeared or mysteriously turned up dead. Some examples include Ukraine’s third president Viktor Yushchenko said that he hoped Europe would wake up to the Russian threat. He was poisoned with dioxin (but lived). Other political opponents, such as Sergei Skripal, Boris Nemtsov, and Denis Voronenkov, were killed. Putin also has a different way of dealing with what he considers fake news. The murders of journalists Natalia Estemirova, Anastasiya Baburova, and Yuri Shchekochikhin are examples.

People in senior Kremlin positions have publicly criticized the war and its handling. Some are even resigning. This is being done despite Putin’s track record of murdering opponents.

Here are some examples of the Russian critics:

These are just a few examples of the many public figures publicly disagreeing with Putin. This raises the question, is the Russian tyrant losing the support of senior Russian influencers, and if there are many publically criticizing Putin’s war and how it is being handled, how many agree with the Putin critics but not speaking out publicly.

I believe that is the case. We will know soon.

In the interim, Putin should hire a food taster.