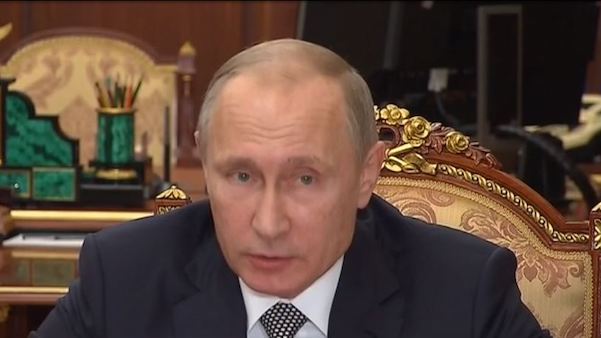 For years, Putin has been political shorthand for everything relating to Russia — is that coming to an end? Putin has loomed large on our foreign policy agenda for a long time. Putin illness

The Russian leader has been walking the world stage since Dubya was still living in 1600. But time spares no man, and news reports suggest that Vladamir is about to exit stage left.

Vladimir Putin will quit in January amid fears he has Parkinson’s disease, Moscow sources have claimed.

The 68-year-old strongman president of Russia is being urged to retire by his former gymnast lover Alina Kabaeva, 37, insiders say.

Recent footage of Putin’s legs moving around as he gripped onto the armrest of a chair have raised eyebrows.

Of course, in Russia, that doesn’t mean he has to give up power entirely, even if that means he has to change the laws to make that possible.

Earlier this week it emerged that unexpected legislation was being rushed through to ensure that Putin could be made a senator-for-life.

The new draft legislation was introduced by Putin himself, and would guarantee him legal immunity and state perks until he dies.

The legislation would mean that Putin would be protected from allegations of corruption that have been swirling around his head for the past three decades.

According to some sources, his girlfriend wants him to retire:

And informed analysts claimed that the Russian president’s glamorous ex-gymnast lover Alina Kabaeva,- once dubbed ‘Russia’s most flexible woman’ – is begging him to release his grip on power.

As expected, the Kremlin denied the story, “Kremlin spokesman and deputy chief of staff Dmitry Peskov insisted Putin was in ‘excellent health’ and dismissed the claims as ‘complete nonsense.'”

The world won’t know whether or not Putin is ill and will leave office till January.