Politicians Masking Who They Really Are 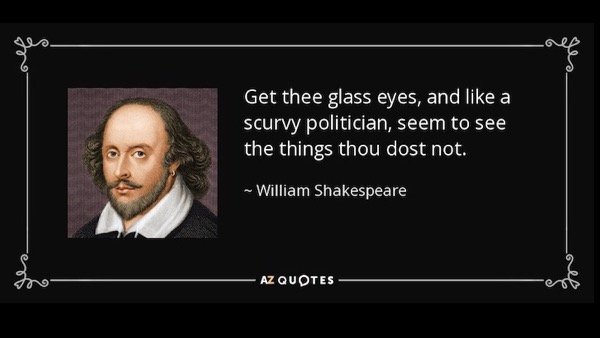 This coming Monday evening March 9th, Jews all across the world will begin to celebrate the holiday of Purim, which commemorates a victory of the Jews over an evil man named Haman. More than a Jewish Holiday, Purim is the ultimate holiday about politics for political junkies (like me)

On Purim, we hide our faces wearing masks because, in a way, everyone in the Purim story was wearing a mask. King Ahasuerus hid his authority and gave it to Haman. Esther hid her background and even changed her name from Hadassah to hide her religion. Mordecai hid the fact that he was Esther’s uncle, and Haman hid his plot to kill the Jews. But the most significant “hidden character” in the Purim story is God. Jews recognize that it was God who helped us emerge safely in this battle against extermination even though there were no “splitting the Reed Sea” or “stopping the sun” type miracles. Looked at individually the events of the Purim story do not seem extraordinary, but when you put them all together, it is a well-planned out scenario—a miracle which forced the Jews in Persia to reconnect with God and ended up saving them extinction

Twenty-four hundred years later, politicians and world leaders are masking the truth the same way “politicians” did in ancient Persia.

Look at Democratic-Socialism.  Socialist candidates in America are enticing millennials with the promise of free health care and college, guaranteed income or minimum wages, a total reworking of the economy to fix global warming, etc. What they leave out is the fact that while Socialism sounds so lovely it has never worked anywhere. Hidden behind political masks are the breadlines in the Soviet Union, lack of toilet paper in Cuba, or the starvation in Venezuela. They never discuss that Socialist governments killed over 100 million people during the 20th century.

Another mask of socialism is Bernie Sanders’ claims that Socialism has worked in Denmark. But what is working in Denmark is capitalism. In 2015 Lars Lokke Rasmussen, who then was the prime minister of Denmark remarked, “I would like to make one thing clear. Denmark is far from a socialist planned economy. Denmark is a market economy.”

Sanders also wears a mask about his faith. He claims to be a proud Jew. He is Jewish but is masking his hatred for the Jewish people. In his presidential campaign, Sanders has surrounded himself with anti-Semites such as Linda Sarsour, Ilhan Omar who he called one of the greatest people alive, Amer Zahr, and James Zogby.  Sanders’ campaign manager Faiz Shakir was the editor of the Center For American Progress blog when he used anti-Semitic dual loyalty canard calling Jews who support Israel-Israel Firsters.

Socialists are not the only politicians who are like the Purim characters are masking their true intentions.  Leaders like NY Gov. Cuomo and Senator Schumer claim to be fighting anti-Semitism but go out of their ways to attend and toast the 65th birthday party of anti-Semite Al Sharpton.

The presidential primary season is ripe with people hiding the truth. Watch the results.  The candidate who finishes first in each contest will claim victory, but the second-place finisher and sometimes even the candidate finishing third will find a way to claim victory.  When Bill Clinton was running for his first term, the turning point which led him to the nomination was after the New Hampshire primary when he declared himself the “comeback kid.” Clinton lost that primary by five percent.

Palestinian President Mahmoud Abbas, who is in the sixteenth year of his four-year term, wears a mask claiming to be a moderate searching for peace. Yet, he refused to keep negotiating when ex-Israeli Premier Ehud Olmert offered him a deal that gave him almost everything he wanted. Abbas also refused to talk to Trump’s team when they were developing their recently announced peace plan.

State-run Palestinian TV, run by Abbas and his party, teaches kids how they must kill their Jewish neighbors and news programs incite Adults with false stories of Israeli actions against Muslim holy sites.

Modern-day Persia (Iran) can also remind people of Purim. They claim to be enriching uranium for peaceful nuclear power. Still, thanks to the nuclear files taken by Mossad from Iran and revealed to the public, we learned that they intended to build atomic weapons, and like Hamon in the Purim narrative, they want to destroy the Jewish people.

Much of the mainstream media masks the truth. They still refuse to acknowledge that former president Obama is an anti-Semite but call President Trump even though he isn’t one.  While in the White House, Trump has fought against Antisemitism. And before running for president, he was a supporter of Jewish causes his entire life.

On his first day in the oval office, a reporter of Time magazine falsely reported that Donald Trump had removed a bust of Martin Luther King Jr. Much of the White House press corps has been hiding the truth ever since then.

Another interesting Purim parallel to today is when Haman’s plot was revealed, the king couldn’t save the Jews. He could only grant permission for the Jews to protect themselves. America’s former “King,” President Obama warned Israel not to protect herself by attacking Iran. He also criticized the Jewish State whenever she fought back against terrorists. But if push comes to shove, Israel will defend herself and the rest of the Jewish people with or without anyone’s permission. Because, like in the Purim story, God may not be doing the overt miracles (and hasn’t done one since the 1969 Mets), but the creator of the universe will “have our backs” just as he has since Abraham left his father’s house and moved to Israel almost 4,000 years ago.

I will admit it, I am a political junkie watching, researching, and practicing political punditry from Saturday nights to just before sunset every Friday. But next Monday night and Tuesday will be different. Instead of modern politics, I will be listening to a political story from twenty-four centuries ago and thanking our maker for getting us through a political crisis that could have killed off the Jews. And when it’s all done I will have a few drinks with family and friends… Come to think of it, that too is like modern politics.