Tenn. Man Arrested After Allegedly Pulling Gun On Couple For Wearing MAGA Hats: ‘Good Day For You To Die’ 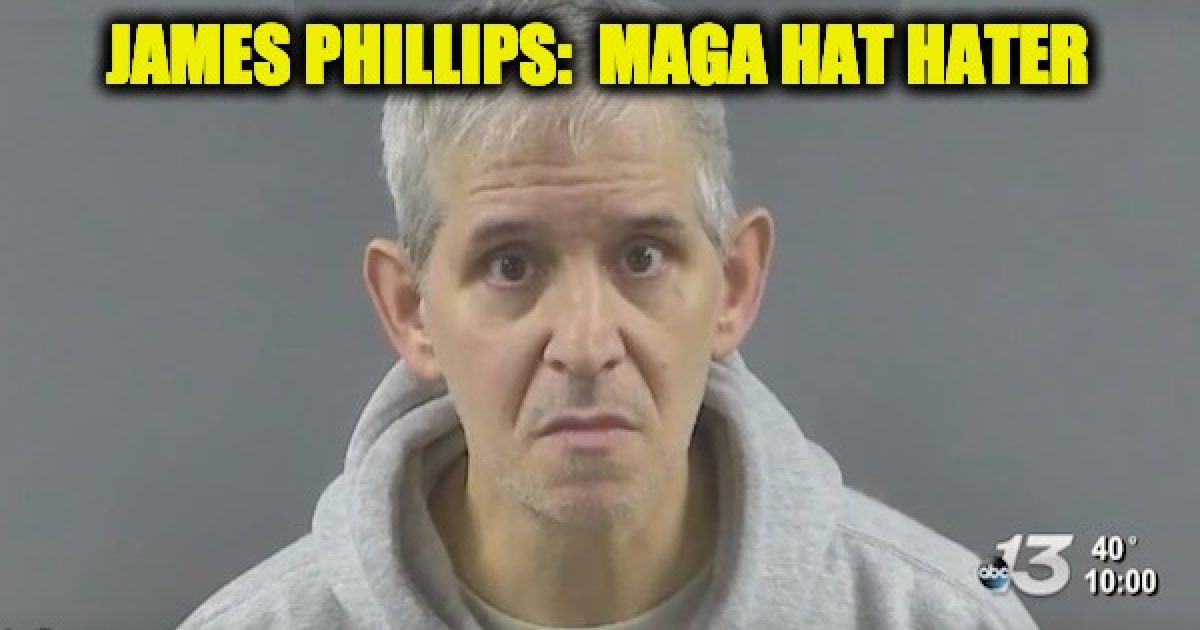 On Sunday, WBKO reported that a Tennessee man identified as James Phillips was arrested in the parking lot of a Bowling Green, Kentucky Sam’s Club after he pulled a .40 caliber on a couple for wearing “Make America Great Again,” or MAGA, hats.

According to the police report, the suspect admitted flipping off Terry Pierce and his wife because of their hats.  But it didn’t end there.

Pierce went on to tell 13 News, “I said, ‘Then pull the trigger. Put the gun down and fight me or pull the trigger. Whichever one you want.’ And he backed up and he said it again, he said, ‘It’s a good day for you to die.’”

Philips must have had delusions of being Dirty Harry. It’s almost surprising that he didn’t say, “do you feel lucky punk?”

Pierce said the Phillips then took off. That’s when Pierce followed him out into the parking lot.

Not a very bright move if the guy just threatened him with a firearm.

“I went out the front of the store to confront him again and that’s when I got him in his car. He couldn’t leave because his mother was still in the store. And we were having a verbal altercation outside,” said Pierce.

Pierce added, “He tried telling me I assaulted him and I said, ‘I never touched you.’”

According to the police report, surveillance video confirms Pierce’s story that he did not put his hands on Phillips.

Phillips, the report said, has a concealed carry permit from his home state of Tennessee.  Police said the .40 caliber Glock had one round chambered and Phillips had two extra magazines.

According to the alleged victim Terry Pierce, a man pulled a gun on him because he was wearing a Make America Great Again (MAGA) hat. “I have as much right to wear that hat and support my country and my president as he has not to,” said Pierce. Very true from a legal point of view, however most liberals act as if conservatives don’t have First Amendment rights.

Below is a news report of the incident.