An Army of 1,500 Illegals Is Marching Through Mexico To The U.S. 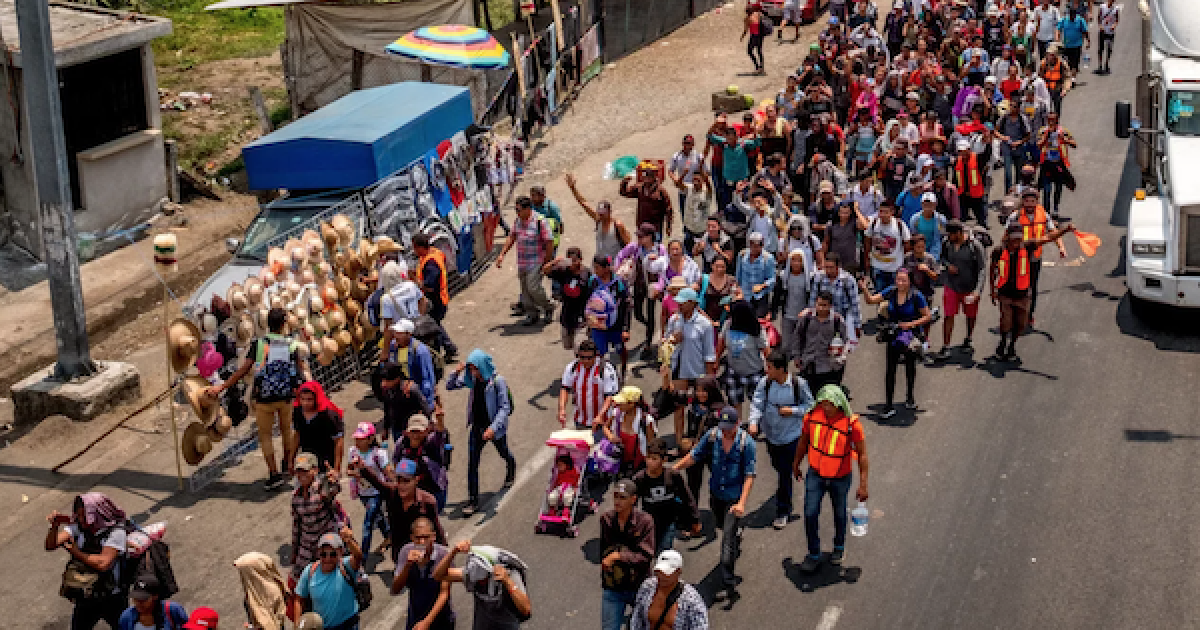 Organized by a group called Pueblos Sin Fronteras, which means People Without Borders a caravan of 1,500 men women and children from Central America (about 80% Honduran) are marching through Mexico on their way to the United States. Their intention is to get into the US even if they have to do it illegally.

The group started its month-long journey in Tapachula, Chiapas, near the Guatemala–Mexico border around 7 AM on Sunday, March 25th in Guatemala and faced no objections as it passed through Mexican checkpoints.

According to the Buzzfeed reporter Adolfo Flores, who is embedded with the group:

Before setting out on the journey, the migrants were organized into groups of 10 to 15 people, and a leader was designated for each group. Five groups were then banded together in what organizers call a

sector. While there are organizers from Pueblos Sin Fronteras leading the way, much of the effort to get to the US border is in the hands of the migrants themselves.

They’ve been organized into security, food, and logistics committees. Organizers say it’s meant to help the migrants empower themselves.

(…) The caravan propels itself forward using whatever way it can. Sometimes that means packing into the back of a truck, negotiating lower rates for vans, or hitching a ride on the back of empty big rigs from whatever town they’re in. The group sleeps in town plazas. Local townspeople and churches feed them.

A local at the town the caravan is arriving brought bread and ham for people. pic.twitter.com/xEybmayAT0

Their assumption is they will be able to sneak through or because of it’s size overwhelm the border when it completes its 2,000-mile journey to the US.

A Buzzfeed reporter on site says organizers estimate that about two-thirds of the people in the caravan plan to cross in the US undetected or by asking for asylum protection.

Others will attempt to enter illegally.

Many of the Hondurans are fleeing their country because of the high crime rate, according to the  Pueblos Sin Fronteras Facebook Page

“the population displaced by violence in Honduras, El Salvador and Guatemala has increased in recent years, according to the United Nations Refugee Agency (UNHCR) .In 2017, there were 125,000 new requests for international protection of persons from these countries, calculates the agency The stations calls on the central American countries to end corruption and “unpunished killings.”

It seems ironic that these people who say they are fleeing a high crime rate in their own country are traveling 2,000 miles to enter the United States illegally. The life most of these people are leaving is not a good one, but that does not give them Carte’ Blanche to break the laws of the US, or to cut in line before all the people who are trying to immigrate legally.

If Mexico was a true ally they would not be allowing them to march through their country with the purpose of breaking our laws. The really strange part is if they really cared about the people making the dangerous 2,000-mile trek they would be offering them asylum in Mexico. 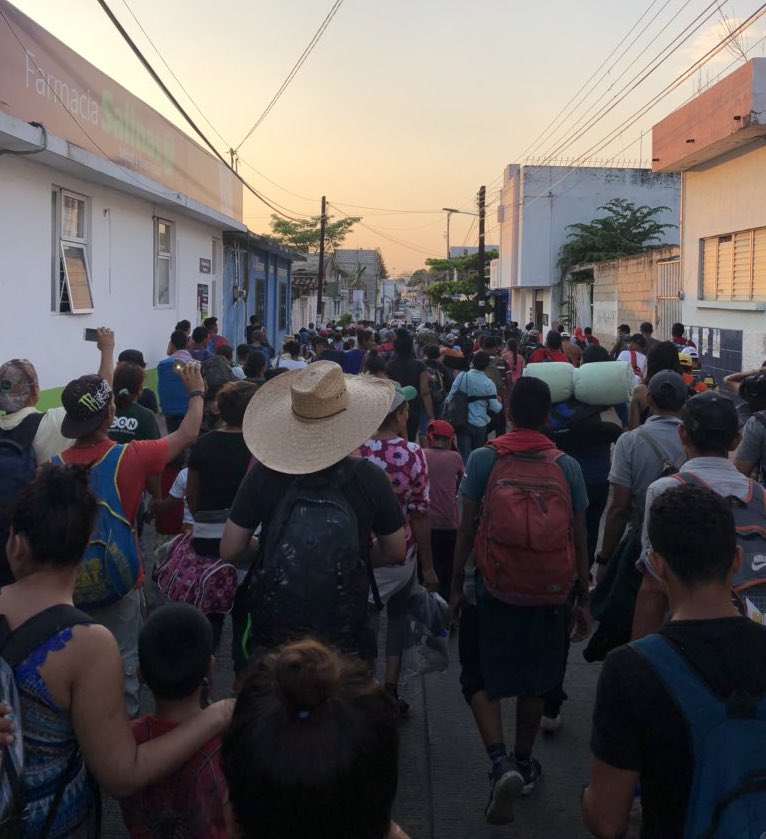 In January President Trump issued three executive orders addressing various immigration issues, including border control. These were followed by policy memoranda from Department of Homeland Security, which was then headed by John Kelly (now White House chief of staff).  One of the points addressed was President Obama’s “catch -and-release” policy at the border.  Catch-and-release allowed non-Mexican illegal aliens who crossed the border to be let go with a notice to appear for an immigration court hearing years later, which was generally ignored. Now, under the policies of the Trump administration, asylum claims made by border crossers are reviewed promptly by asylum officers and immigration judges that have been deployed to the border areas. The administration also issued new guidance to asylum officers instructing that asylum cases must be adjudicated strictly according to the law, and not under the loose interpretations of asylum qualifications used in years prior. After the implementation of these policies, the number of illegal alien arrivals drastically declined. (However, these numbers have started to rise again).

Once the caravan arrives at the U.S. border, it will be critical for U.S. Customs and Border Protection and U.S. Citizenship and Immigration Services to lean on the new directives provided by the Trump administration. It will be an opportunity to reiterate the message that the United States is serious about border enforcement.  Otherwise, the message sent to prospective migrants would be that such caravans are a promising option for gaining access to the United States.

President Trump is attacking Mexico for allowing the caravan to just march through their country.to illegally enter the US.

Border Patrol Agents are not allowed to properly do their job at the Border because of ridiculous liberal (Democrat) laws like Catch & Release. Getting more dangerous. “Caravans” coming. Republicans must go to Nuclear Option to pass tough laws NOW. NO MORE DACA DEAL!

Mexico is doing very little, if not NOTHING, at stopping people from flowing into Mexico through their Southern Border, and then into the U.S. They laugh at our dumb immigration laws. They must stop the big drug and people flows, or I will stop their cash cow, NAFTA. NEED WALL!

These big flows of people are all trying to take advantage of DACA. They want in on the act!