Protesters Topple Washington Statue Too, Is Anything Safe? 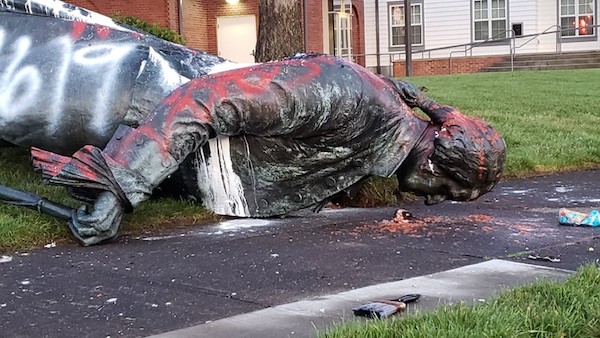 As Americans continue to march in the streets, demanding justice for George Floyd, Breonna Taylor, and others, the overall message of these demonstrations is broadening mightily.  Washington statue

At first, these protests were focused on police brutality and the inequality that seems to exist within some of the nation’s systemic institutions.  George Floyd’s death at the hands of Minneapolis police officers was the flashpoint, thanks in no small part to the grim video evidence that existed of the incident that led to his death.

Now, however, many involved in the demonstrations are digging deeper, and then deeper still, to root out what they feel are racist holdovers from American and world history.

This has put several formerly vaunted historical figures in the crosshairs…including George Washington.

A statue of George Washington was pulled down by protesters on Thursday night, which was Juneteenth eve, reports CBS Portland affiliate KOIN-TV. The nation’s first president owned slaves.

KOIN said Thursday marked the 21st day of demonstrations for racial justice and police reform sparked by the death of George Floyd at the hands of Minneapolis police. Two groups — Rose City Justice and Lavender Caucus — hosted a sit-in rally at Jefferson High School in the evening where community members shared their experiences with racism with a crowd of a few hundred.

A separate group of about 20 people met around 10 p.m. at the site of the large bronze statue of Washington.

The 1619 may have referred to the NY Times inaccurate series about slavery in America called the 1619 Project. They placed a sticker on the head of the statue that read “You are on Native land” and also spray-painted the statue’s pedestal with the same message.  I wonder if the ones with the spray paint were native Americans. If not, they were on native land also.

Toppling the statue was only the beginning.

Some wrapped the statue’s head in an American flag and lit the flag on fire. 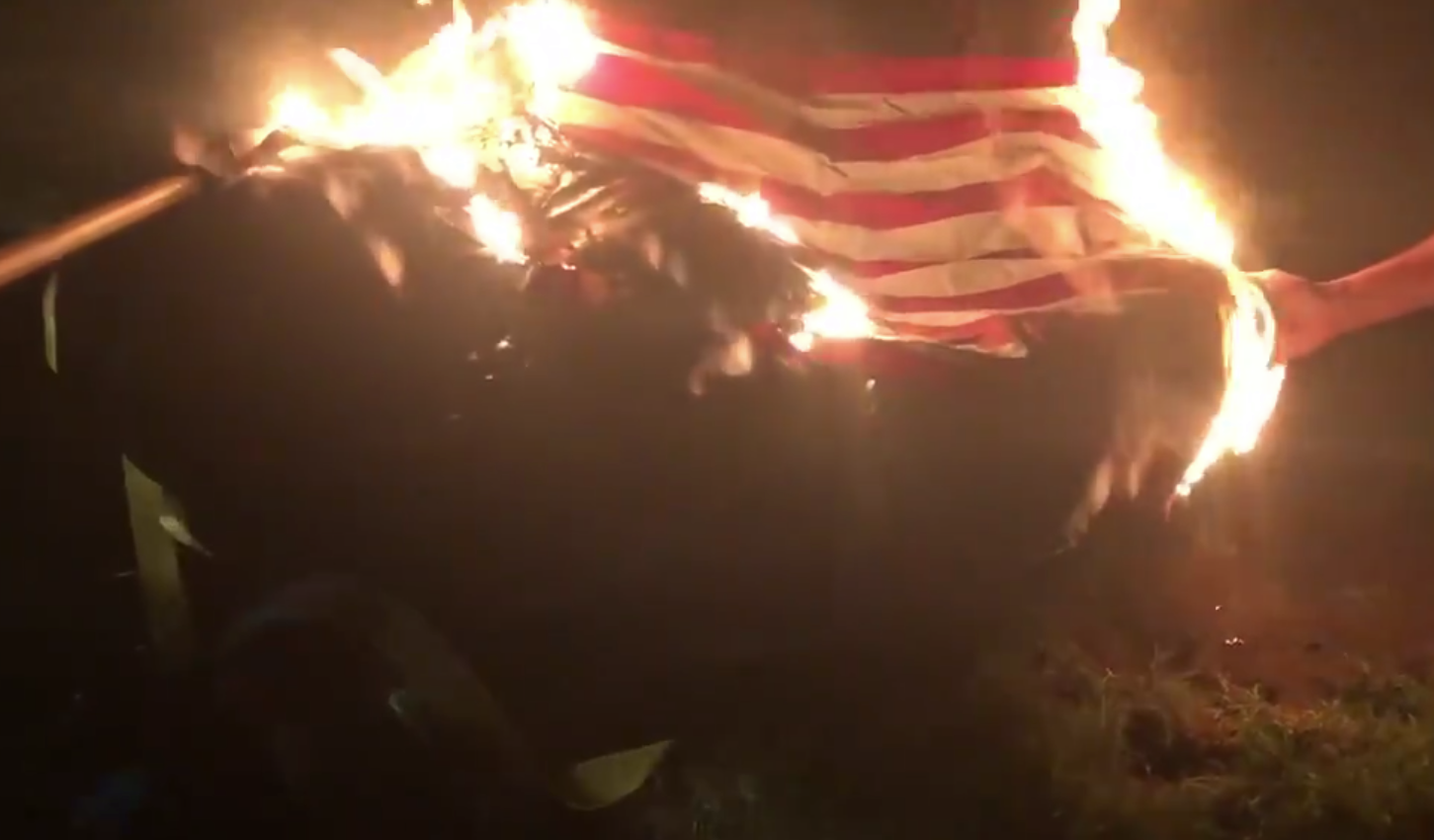 Don’t let anyone fool you. This wasn’t a protest about the murder of George Floyd.

The Portland violence was an action by anarchists wanting to destroy America.  Yes, George Washington owned slaved–they were actually his wife’s George married rich. But Washington was partly responsible for creating a country where they had the right protest. A right that they took advantage of by trashing the statue of the Father of our Country.