Why Is The Mainstream Media Protecting Dianne Feinstein? 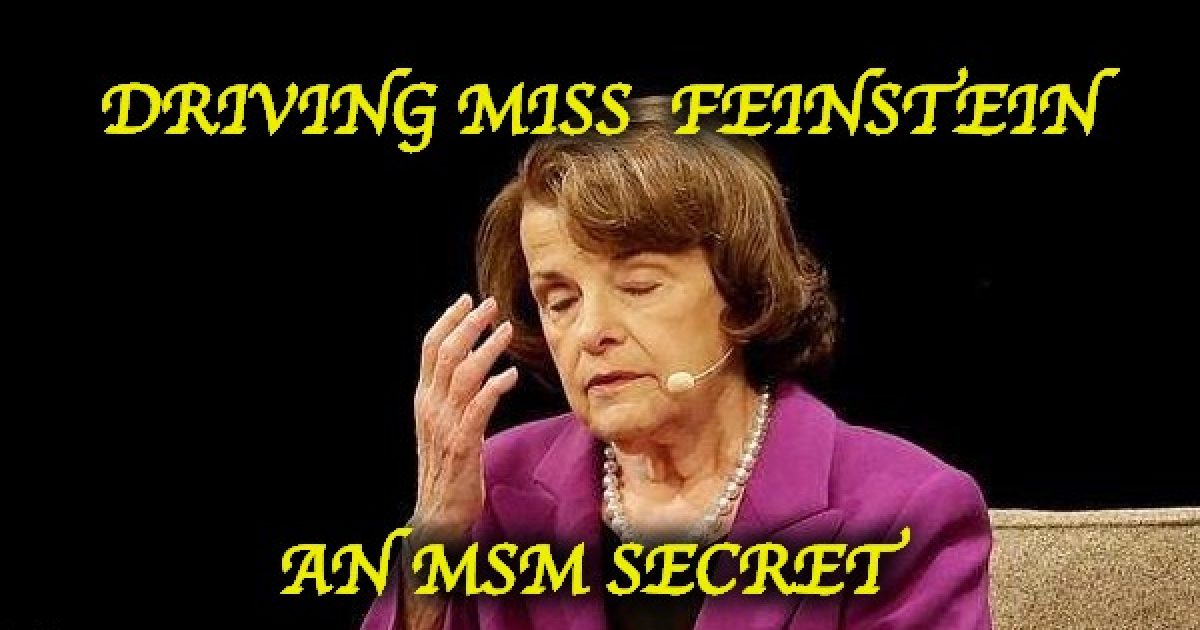 It has been revealed that California Senator Dianne Feinstein had a person working in her office for 20 years who has now been identified as a spy for China. And why isn’t this huge national news?

According to reports, the details on just how badly Feinstein’s office was infiltrated by a mole working for China are emerging, and the story is shocking.

Now, all eyes are on Chinese intelligence in the Bay Area after the website Politico reported last week that a staffer for Senator Feinstein turned out to be a Chinese spy who reported back to the government officials about local politics.

On Wednesday, the San Francisco Chronicle uncovered additional details in a column written by reporters Phil Matier and Andy Ross.

The column revealed that the Chinese spy was Feinstein’s driver who also served as a gofer in her Bay Area office and was a liaison to the Asian-American community.

He even attended Chinese consulate functions for the senator.

Feinstein — who was Chair of the Senate Intelligence Committee at the time — was reportedly mortified when the FBI told her she’d be infiltrated.

The critical part above is contained in that latter paragraph. Feinstein was the Chair of the Senate Intelligence Committee! Imagine the info this spy could have gotten hold of.

A former official said that the spy’s handler “probably got an award back in China” for his efforts to penetrate Feinstein’s office and pass on intelligence.

As former FBI agent Jeff Harp said: “Think about Diane Feinstein and what she had access to. One, she had access to the Chinese community here in San Francisco; great amount of political influence. Two, correct me if I’m wrong, Dianne Feinstein still has very close ties to the intelligence committees there in Washington, D.C.”

Chinese spies in the Bay Area were also trying to steal proprietary tech secrets and prying into the various tech companies in and about the region.

So, why isn’t this a huge deal in the press?

Aren’t they all worried about foreign nations “interfering” in the U.S.A.? Well, right here is as much “interference” as you can get. And yet, I’ll bet most of you reading this never heard this story before now.

Indeed, this story is proof positive that the media does not really care about foreign meddling. They are only interested in destroying Donald Trump. Hence, they ignore a story that could ruin the career of a powerful Democrat Senator even though there is proof positive of such meddling.

President Trump himself brought up the Feinstein spy at his Ohio rally on Saturday:

President Trump ridiculed Democratic Sen. Dianne Feinstein Saturday night for allowing a Chinese spy on her staff, questioning why she is “leading the Russia investigation” into possible collusion with the Trump campaign.

“The leader of the Russia investigation, Dianne Feinstein, had a Chinese spy as her driver for 20 years,” Mr. Trump told a campaign audience in central Ohio. “And she’s leading the Russian ‘witch hunt.’ Isn’t that something? And then she says to me, ‘What did you know about this and that?’ Give me a break.”

The President then pointed out that it’s more than Russia and China spying on the U.S.

Especially when one consider’s Feinstein’s Party and their friends in the media are reporting stories about President Trump and Russia that never happened.