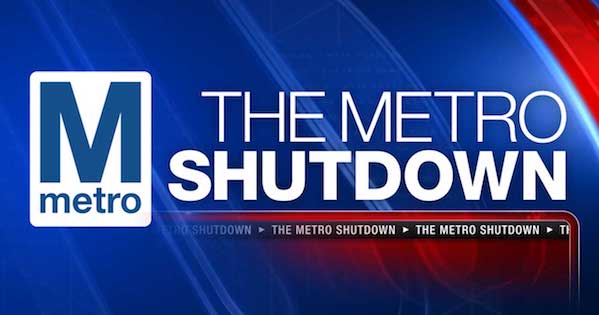 The umbrella group is called Disrupt J20, the J20 referrers to Friday’s inauguration of Donald Trump as the 45th president of the United States.  The first video exposed a plot to ruin one of the Inaugural Balls, Thursday Night’s Deplorable Ball. Video number two exposes DisruptJ20’s plot to tie up the traffic on the DC Bridges and stop the DC Metro from running. Note anyone who uses the DC Metro knows that a terrorist act is not needed to stop the trains, they do that on their own. Just like the first video, the activities revealed in the video below likely violate the law, including terrorist laws.

The Project Veritas undercover reporters attended a slew of DisruptJ20 meetings throughout Washington DC and one in Brooklyn,  During a January 8 meeting  DJ20 Spokes Council Legba Carrefour revealed the scheme was to block all major points of entry to the District of Columbia by highway, bridge, and Metro Rail. In a conversation between Legba and another organizer, he explained a plan to chain trains at Metro Center, Gallery Place and L’Enfant Plaza.

“So we figured out this, the trains pull up, one person is going to lock one end of a chain to an edge, and on the other end of the chain the end of the car…done. It takes 15 seconds and everyone can leave and literally it can’t go anywhere at that point, its anchored,” Carrefour explained. “If I were to hit Metro Center, Gallery Place, and L’Enfant Plaza, they are all close enough to walk to and that’s every single line in the city.”

DJ20 organizers also wanted protestors to set up donations tables for the homeless at strategic locations, not necessarily to help the poor, but  in order to block the traffic.

“So, we want to encourage you all to give to the poor and the homeless. Go right down to 2nd and D, help us to block the…vehicle traffic and the pedestrian traffic flowing in the inauguration. And set up tables, food, give out whatever right there  2nd and D a block from either direction and help to block traffic,” says Eric Sheptock, a DisruptJ20 Organizer.

At a Jan.15 meeting they DJ20 encouraged violence. Mike Isaacson the Co-Founder of one of the groups under he DJ20 umbrella, Smash Racism classified all Trump supporters as Nazis. When asked what to do when confronted with a Nazi that was loudly shouting their beliefs, he insisted that his volunteers punch them in the throat.

At multiple meetings, organizers explicitly differentiated “permitted actions” and “arrestable actions.” Many volunteers and organizers expressed their willingness to be arrested; an implicit admission of criminal compliance.

Peaceful protest is protected under the First Amendment of the United States Constitution; coordinated blockades and shut downs of entire cities by violent means are not

This video exposes the collusion between the various groups under the DisruptJ20 umbrella. The video shows that DJ20 is not simply a movement of fringe groups but instead a nefarious organization.