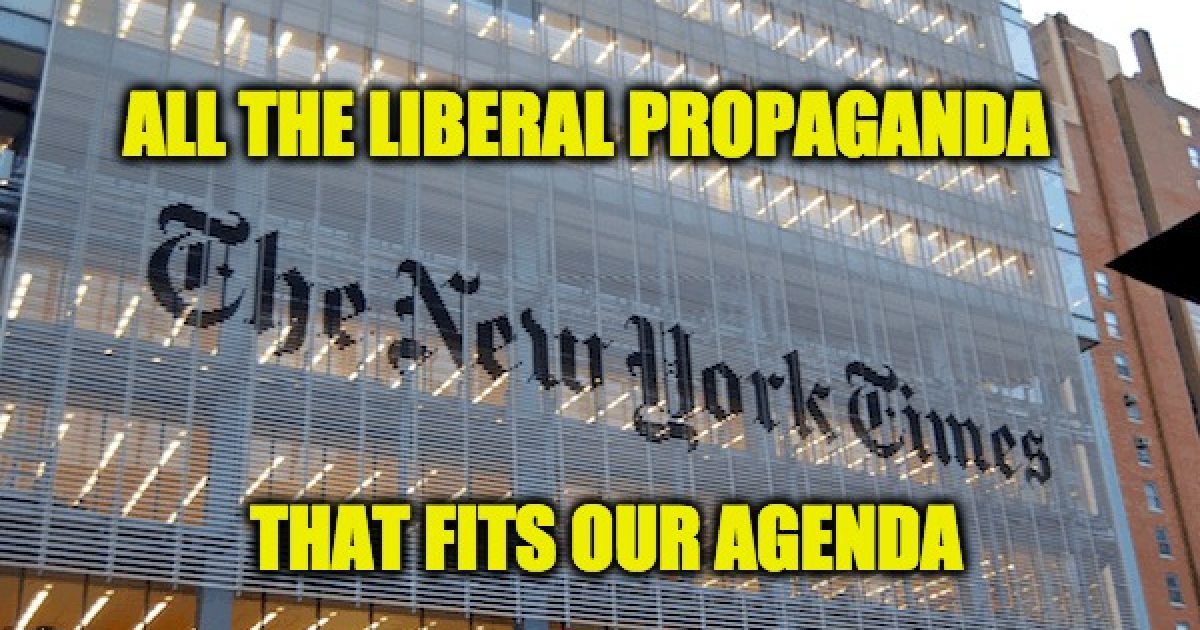 As the American media continues to spin out of control, with no shortage of opinions being distorted as leftist facts, the folks at Project Veritas are working overtime to expose fraud intrinsic to the liberal “news”.

Not only has the organization previously worked on massive cases involving voter fraud and disingenuous “news” personalities, but they have brought an incredible sense of transparency to the American perception of the Washington-Media complex.

Just today, Project Veritas has released video of a video editor at the ultraliberal New York Times, admitting to an enormous number of unethical journalistic endeavors, and making absurd claims about his relationship with disgraced former FBI director James Comey.

“In the video, New York Times Audience Strategy Editor Nicholas Dudich claims to have worked on social media for Barack Obama’s 2008 presidential campaign and to have worked on his 2012 re-election effort. He also says he was a volunteer media strategist for Hillary Clinton’s 2016 campaign, making her videos more ‘heartfelt.’ Now, he says in the video, ‘I will be “objective.” No, I’m not. That’s why I’m there. Like, after the Clinton campaign, I’m like, no I need to get back into news and keep doing [stuff] because, like, this isn’t going to change.’

“Bizarrely, Dudich then claims that former FBI director James Comey is his ‘godfather,’ but it is not clear whether he meant that literally: ‘I’ve met him. He’s a great guy, actually. … [H]e’s my godfather. … My dad and mom knew him and his wife for a really long time.’ Although Dudich is shown speaking to a Project Veritas reporter down the street from the Times‘ main New York office, it is not clear where this particular portion of the video, among others, was shot. Dudich then is shown admitting that according to Times policies, he should have recused himself from editing videos on Comey’s testimony before Congress, but did not — and that he could lose his job at the Times if anyone knew.”

Beyond that, Dudich went on to speak of his time as an “FBI informant” planted within the liberal terror organization known as Antifa; another absurd claim that further complicates Dudich’s already dubious claims.

There is no doubt that the New York Times has been pushing the envelope on journalistic integrity for some time, but this latest debacle will surely put the leftist “news” organization in the crosshairs of American conservatives who are looking to erase the bias from the mainstream media.  As for Dudich, time will tell how many of his bizarre claims are true.

Below is the video that was released on Tuesday.