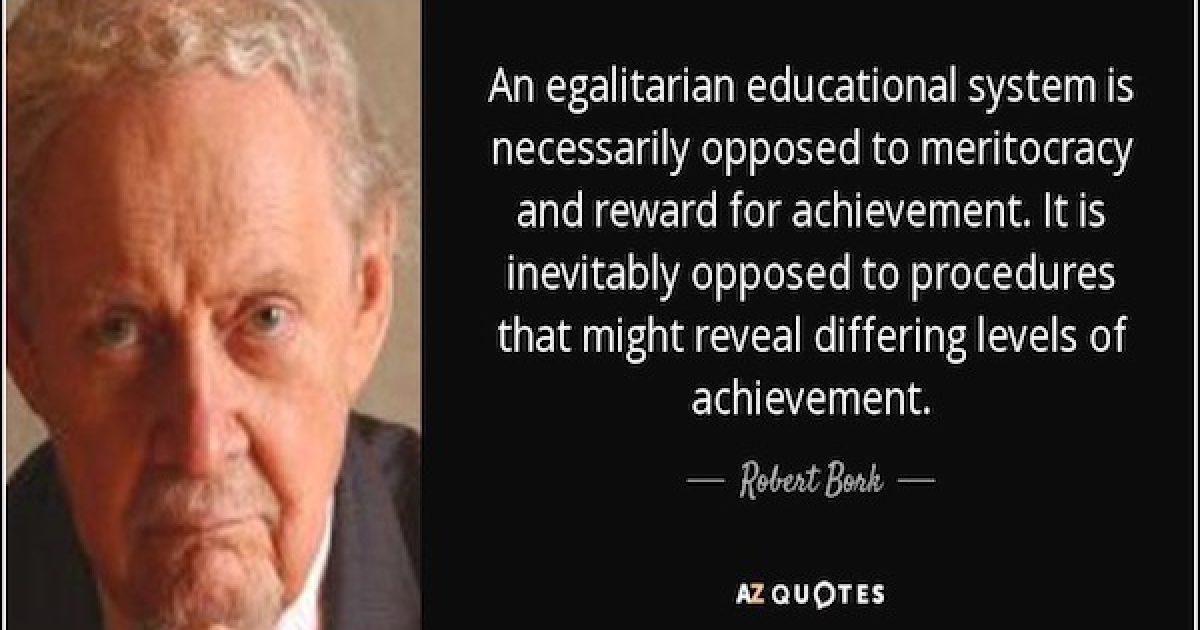 Laurie Rubel, a math education professor at Brooklyn College published a paper in the Journal of Urban Mathematics Education contending that “meritocracy” in math classes is a “tool of whiteness.”

As someone who earned a barely passing 70 on his geometry regents, and who received a gift of a passing grade in trigonometry courtesy of the guys from Solomon Schechter in whose theft of the regents caused the test to be canceled, I would counter that eliminating meritocracy in math is simply absurd.

According to a report in Campus Reform:

Rubel, who taught high school math for nine years before becoming a professor, argues that while meritocracy is commonly linked to hard work and talent, it also “functions as a tool of whiteness” because it “ignores systemic barriers and institutional structures that prevent opportunity and success.”

Color-blindness, too, can be an issue for math teachers, according to Rubel, who asserts that “Teachers who claim color-blindness—that is, they claim to not notice the race of their students—are, in effect, refusing to acknowledge the impact of enduring racial stratification on students and their families.

“By claiming not to notice, the teacher is saying that she is dismissing one of the most salient features of the child’s identity and that she does not account for it in her curricular planning and instruction,” Rubel adds,

Perhaps Ms. Rubin needs to see the movie True Figures. A true story about African-American mathematician  Katherine Goble Johnson whose talent allowed her to fight racism to become a valued Nasa engineer. It was Ms. Johnson’s talent that enabled her to fight the racism.  If her math talent was the same as mine, John Glenn’s Friendship7 may have burned up upon reentry.

Or to put it another way, If Jackie Robinson had the talent of Marv Throneberry the symbol of the 1962 NY Mets futility, he wouldn’t have broken the MLB color barrier.

If math teachers notice racial differences between themselves and their students, Rubel elaborates, “those differences are typically cast in terms of deficit constructions about students, their places, and their families.”

To mediate this, Rubel recommends that math teachers incorporate more social justice issues into math lessons, but warns that even “teaching for social justice” can be a “tool of whiteness” if teachers are not sufficiently attuned to the experiences of minority students.

This is because even social justice-minded professors may inadvertently hold the “belief that effort is always rewarded, [which corresponds] to various tools of whiteness, like the myths of meritocracy and colorblindness,” Rubel writes.

Of course, an effort isn’t always rewarded. If that was the case, I would now be the president of Nickelodeon, a singer-actor on Broadway, or at least a blogger with the traffic of Drudge Report. Talent isn’t always rewarded either. Katherine Goble Johnson talent wouldn’t have been recognized if it weren’t for Al Harrison director of the Heat Sheild Task Group. But one thing is for sure if she didn’t have the talent she wouldn’t have gotten ahead.

Allow me to suggest that Laurie Rubel contention regarding meritocracy doesn’t originate with a society where some races have an easier time to be recognized for their talent than others. It stems from the fact that this is a generation who grew up receiving participation trophies because the purpose of sports was to feel good about one’s self, instead of kicking the butt of the other team. A generation that elected leaders who believe it really possible to negotiate with terrorists or lead from behind. The way this generation was raised, they cannot bear to hear an opinion that differs with theirs, go to schools that teach political conformity instead of the art of debate or provide safe spaces where students can escape differing opinions and bask in the warmth of groupthink.

Ironically Ms. Rubel teaches at Brooklyn College which is a perfect example of what happens when one eliminates merit as a qualification. My first college adviser, Dr. Warren Weinstein who, while he was in Pakistan teaching them about new agricultural methods was kidnapped by al Qaeda, help prisoner for three plus years, and eventually killed by an errant U.S. Drone attack.  Dr. Weinstein told us about studying at Brooklyn College in its heyday. He talked of studying with Hans J. Morgenthau at Brooklyn College when it was known as the “Poor Man’s Harvard.” But once NY City decided College was a God-given right, and everyone was allowed into the school no matter the quality of their grades, Dr. Weinstein said the school quickly became a sub-standard school.

Merit isn’t everything, or rewarding someone because of merit is not a “tool of whiteness” but ignoring merit creates the liberal ideal, mediocracy.