200K Primary Ballots In Nevada Were Mailed To The WRONG Address–Is THAT News MSM? 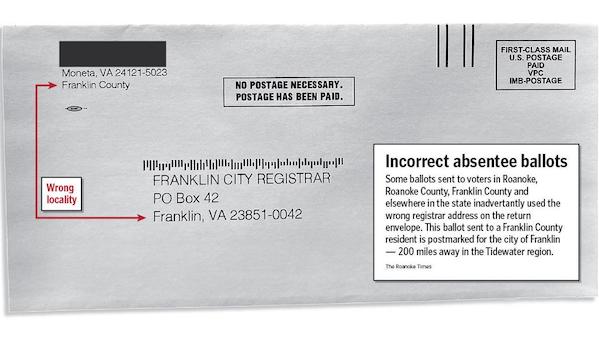 Democrats and their media co-conspirators have been pushing the line that Republicans are opposed to mail-in ballots for nefarious reasons… despite all evidence to the contrary.  primary ballots Nevada

We have, on one side, Republicans who have raised concerns that there are a significant number of failure points in mass-mailing systems that could put the public’s confidence in an election in doubt.

We have, on the other side, Democrats who stand stalwartly opposed to any measure that might mitigate these obvious potential failure points. Conveniently, they find some way to call each and every one of these measures a ‘racist plot’ on the part of Republicans to ‘suppress’ the vote of racial minorities.

Better still, they tell us, with a straight face no less, that it’s the REPUBLICANS who are spinning conspiracy theories about voter fraud.

In case all the OTHER mail-in ballot SNAFUS so far this year not to mention the badly failed mail-in experiment the news tried in Philly weren’t enough to make you think twice about trusting the election to mass-mailings, here is yet another red flag for you.

More than one-sixth of the mail-in ballots sent to voters in Nevada’s largest county during the 2020 primary went to outdated addresses, according to a new watchdog report.

The Public Interest Legal Foundation, an election integrity group, reviewed the 1.3 million mail-in ballots Nevada’s Clark County sent during the June primary. It found that more than 223,000 of the ballots were sent to outdated addresses, leading the postal service to designate them as “undeliverable.” The undeliverable ballots accounted for 17 percent of all ballots mailed to registered voters. Nearly 75 percent of Nevada’s total population resides in the county, which includes Las Vegas.

“These numbers show how vote by mail fails,” said J. Christian Adams, PILF’s president and general counsel. “New proponents of mail balloting don’t often understand how it actually works. States like Oregon and Washington spent many years building their mail voting systems and are notably aggressive with voter list maintenance efforts. Pride in their own systems does not somehow transfer across state lines. Nevada, New York, and others are not and will not be ready for November.”

“The addresses that we used were provided by the voters when they registered,” Dan Kulin, a spokesman for Clark County, told the Washington Free Beacon. “If they no longer reside at the address they provided to us, then we would expect that mail to be returned to us, which is what happened.”

The real problem isn’t voter suppression. ID is not so difficult to obtain by minorities with the right to vote as pearl-clutching Democrats might have us believe.

The REAL problem is that every vote cast illicitly cancels out the legitimate vote of a citizen. Each and every illegal vote disenfranchises somebody. It corrupts the process and cast doubts on the longest-running and most stable constitution on the planet.

But maybe the Dems are ok with that… if it gets them the power they so desperately want. They don’t believe in “one man one vote” unless that vote is for a liberal. The Dems aren’t willing to trust ‘We The People’ to decide a nation’s future.

Below is the full Clark County, NV,  report from the Public Interest Legal Foundation: